IT failure forces BA to halt short-haul flights from Heathrow 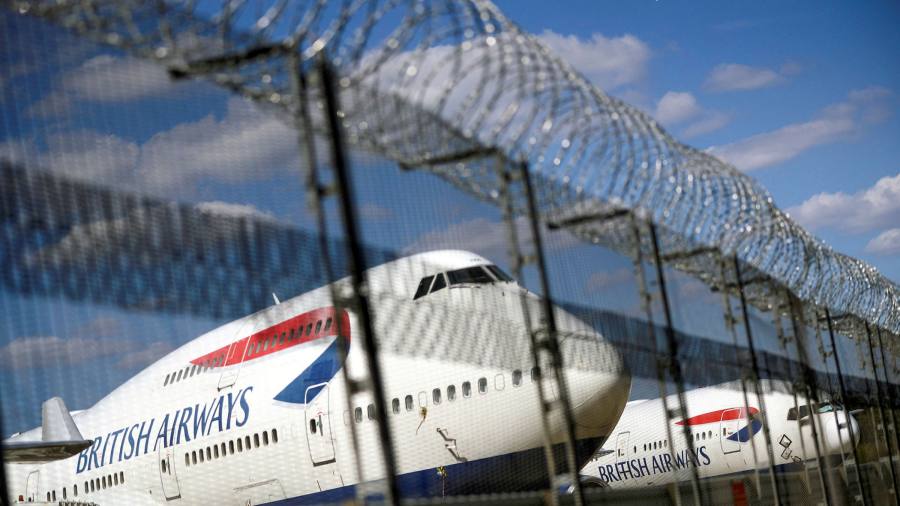 British Airways has cancelled all its short-haul flights from London’s Heathrow airport until midday on Saturday, blaming a “technical failure” with its IT systems.

The airline said the disruption was not caused by a cyber attack, and instead said it had suffered problems with its computer hardware.

Long-haul services from Heathrow and all flights at Gatwick and London City Airport were still operating normally on Saturday morning.

“We know we have let our customers down and we will do everything we can to make this up to them — but for now our focus is on getting as many customers and flights away as we can,” BA said.

The airline has regularly cancelled part of its short-haul schedules to protect the long-haul network when dealing with disruption.

The incident came less than 24 hours after BA was forced to change its flight plans in response to Russia’s decision to ban UK airlines from its airspace.

BA has suspended flights to Moscow and confirmed it would reroute flights, leading to longer journeys and higher fuel costs on flights heading to parts of Asia.

The company also had to deal with disruption caused by heavy storms in the UK earlier this month, which saw flight cancellations and chaos with ground operations at Heathrow, including passengers that were left stranded without their bags.

BA chief executive Sean Doyle has been working to restore the airline’s reputation, including resetting relations with passengers and crew.

But the incident will remind flyers of the IT failure which hobbled the airline over a busy holiday weekend in 2017, leaving tens of thousands of passengers stranded and inflicting lasting damage on the airline’s brand.

Alex Cruz, the former boss of BA, told the Financial Times last year that airlines were still using outdated technology and needed to raise their game.