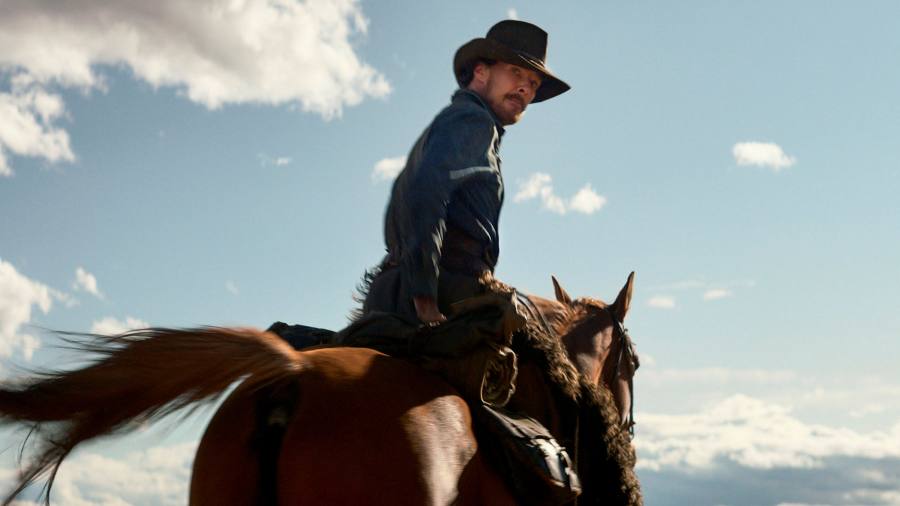 If Oscars were awarded for the most prominent billboards, then Netflix would soon need a bigger trophy case.

Signs promoting The Power of the Dog and Don’t Look Up, the streaming service’s two Best Picture contenders, are impossible to miss along Hollywood’s Sunset Strip as the Academy Awards ceremony approaches this Sunday. Netflix owns about 20 billboards in Los Angeles, including the coveted spots along the Strip, after purchasing them four years ago to highlight programming including its Oscar contenders.

Using street advertisements might seem like an oddly low-tech move for Netflix, which used digital technology to disrupt traditional film studios from Walt Disney to Warner Bros. But when it comes to Oscar season, Netflix is playing by Hollywood’s rules.

The art of the Oscar campaign is more rooted in the golden age of cinema than the digital age. Millions are spent on billboards, bus stop adverts, glamorous in-person events and glossy pullouts in industry magazines such as Variety, all aimed at voting members of the Academy of Motion Picture Arts and Sciences.

Netflix and Apple, which has its own candidate in CODA, are vying to become the first streamer to win the Best Picture award. But Netflix has gone the furthest to ingratiate itself into the Hollywood system, experts say.

“[Netflix] pride themselves on being in the club,” says Jason Squire, professor of cinematic practice at Southern California university. “Very early on in the streaming business Netflix and others had to position themselves in order to be taken seriously [by the Academy], and they adopted mainstream marketing techniques” to help achieve this.

Rather than disrupting the process, Netflix and Apple have embraced it by spending heavily on their Oscar campaigns, which can cost studios $20mn or more to promote a candidate for Best Picture, publicists say.

For traditional studios, such spending might pay off with the “Oscar bump”, a spike in box office revenue that ideally justifies the cost of a promotional campaign. But while streamers may see a subscriber “bump”, they are focused on a different pay-off: cachet with top film-makers and A-list actors.

“If you’re a studio and you want to attract talent, then spending heavily on a campaign is a way to keep talent under your umbrella,” says Rich Gelfond, an Academy member who is chief executive of Imax, the company known for its large-format cinemas.

If Netflix is hewing to Oscars tradition, the Academy itself is scrambling to chart its future. After only 10.4mn Americans watched last year’s awards — a 56 per cent drop from a year earlier, and a quarter of its audience in 2014 — the Academy is looking to put on a punchier show by cutting some categories from the main broadcast.

The idea has prompted howls from some in Hollywood, but for the Academy a crucial revenue stream is at stake. US and international television rights from the production can reach more than $100mn a year.

“The audience for the Oscars is declining, a factor behind the slow whittling away of the Oscar patina,” Squire says. “[The Academy ] has a powerful branding legacy and it’s their job to maintain and burnish it.”

Some say the Academy has made problems for itself in recent years by honouring worthy but lesser-known films instead of blockbusters. Last year’s Best Picture winner, Nomadland, took in only $39mn globally at the box office, albeit in a pandemic-stricken year.

“I think they need to align some of their vision of what’s a good movie with what the public defines as a good movie, judging by the box office or otherwise,” says Gelfond. “The last few years have been notable for the lack of movies that did well at the box office.”

The Academy has been trying to modernise in other ways. Membership has increased from about 5,800 in 2015 to around 10,000 as it sought to increase its racial, ethnic and gender diversity. Many new members are from the streaming industry.

Gelfond says, perhaps controversially, that allowing streamers to compete in the Oscars has diminished the award. “The cinematography is different. It’s just a different talent for streaming on TV than it is for a theatrical release,” he says. “Once you start to blur those distinctions you take away from the specialness of what an Oscar means.”

His comments reflect the bitter feelings directors, producers and actors still harbour at the decisions by Warner Bros, Disney and other studios to debut new movies directly on to their streaming services instead of allowing them an exclusive run in cinemas.

While these “day and date” release decisions were made as Covid-19 shut many cinemas, the practice is expected to continue past the pandemic — which filmmakers argue limits their performance-related bonuses.

It is not just the traditional studios that are being buffeted by the streaming-first world. Netflix, too, is under pressure from the new competition from Disney Plus, HBO Max and other streaming services heavily funded by traditional studios. Netflix shares have fallen 37 per cent in the past six months amid concerns over slowing subscriber growth.

For some of the more traditional Best Picture nominees, the Oscar boost has already started. Dune, King Richard and Belfast all received box office “bumps” following the release of the Oscar nominations in February, notes Paul Dergarabedian, a senior analyst at Comscore.

In the first week after the nominations were announced on February 4, King Richard’s US box office take had a sixfold rise as the film went into wider release. Dune, which has brought in more than $400mn worldwide since its release, had a spike of nearly 350 per cent. Both are Warner Bros films.

“The Oscar bounce is alive and well,” Dergarabedian said. “The Oscar nomination may be that push people needed to get them out to see the film at a movie theatre, where the film-maker intended it to be seen.”