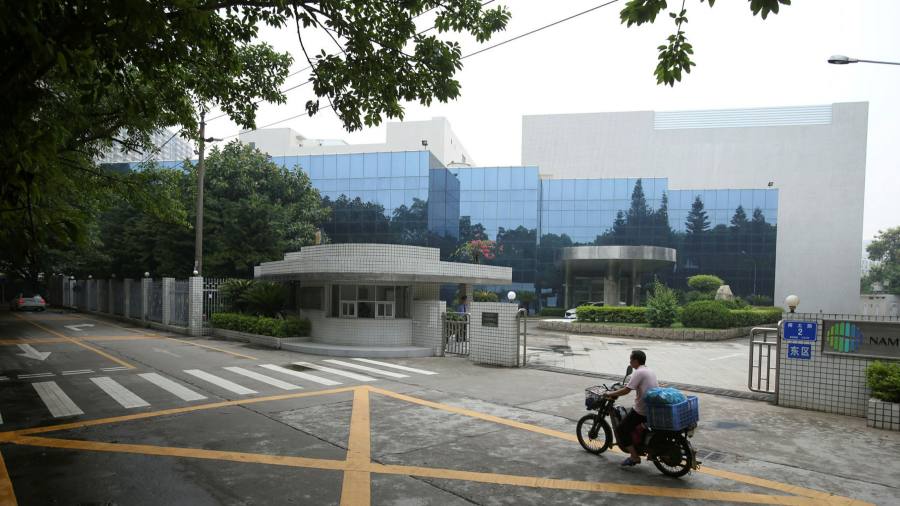 International shareholders that took control of Chinese property group Nam Tai have been waging a six-month battle to force out its management, highlighting the risks for overseas investors looking to gain control of assets in the country’s troubled real estate market.

US-listed Nam Tai, which owns property in the fast-growing city of Shenzhen, has been at the centre of a long-running legal fight between Kaisa, one of China’s biggest developers, and IsZo, a small fund based in New York that owns just under a fifth of Nam Tai.

The feud casts a rare spotlight on the challenges facing overseas investors in China’s vast property industry, which has been rocked by a series of international defaults by developers such as Kaisa and Evergrande, and is now caught up in the government’s zero-Covid campaign that severely limits access to the country.

Shareholders say they have been unable to take full control of the daily running of Nam Tai, despite a vote that reconfigured its board in November and a legal victory that struck down a controversial share issue launched in 2020.

The investors claim that Wang Jiabiao, former chief executive of Nam Tai in the Chinese mainland, has refused to fully hand over day-to-day running of the business and retains control of the “chops” — a Chinese convention whereby a company’s stamp is required to run a business. Wang did not respond to a request for comment.

Nam Tai began life as an electronics firm in the 1970s but over time transformed into a real estate business after property values in Shenzhen, a tech hub bordering Hong Kong, soared. Residential prices in the city have more than tripled since 2011, and its assets have attracted attention from investors in the US, where it was first listed on Nasdaq and then in 2003 on the New York Stock Exchange. IsZo initially bought a stake in 2017.

“I thought it was the cheapest stock I’d seen in my 20-year career on Wall Street, and it turns out that cheap stock was invested in undervalued real estate in Shenzhen, which to me is the most exciting [city] on earth,” said Brian Sheehy, president of IsZo, a business he mainly uses to invest around $300mn of his own money.

Tensions between overseas investors in Nam Tai and Kaisa, which was until recently a major shareholder, worsened in 2020 when IsZo attempted to force a shareholder vote to change the company’s strategy following a slump in the share price.

Ahead of the vote, Nam Tai issued $170mn in new shares to an affiliate of Kaisa, in effect increasing the developer’s stake from 24 to 44 per cent. A court in the British Virgin Islands, where Nam Tai is incorporated, subsequently struck down the rights issue.

However, the majority of the proceeds of the rights issue had already been invested in a Credit Suisse fund that was heavily exposed to Greensill, the financial services company that collapsed in early 2021. The fund was terminated in March 2021 and Nam Tai has said that “there is no assurance that we can fully recover our proceeds”.

Then late last year, Kaisa — the second most heavily-indebted developer on international bond markets behind Evergrande — defaulted. As a result, it lost control of its Nam Tai shares.

Deutsche Bank seized Kaisa’s Nam Tai stake after it defaulted on a loan from the German lender last year, filings in the US show. Shares in Nam Tai were pledged as collateral against the loan.

This year, Deutsche Bank sold the shares, or about 20 per cent of the company, to Oasis Management, according to people familiar with the transaction. Deutsche Bank declined to comment. Oasis said it was “in active dialogue with all parties for a mutually beneficial resolution”.

But even after Kaisa’s ownership stake in Nam Tai was removed, the company continues to complain about its perceived influence. In a statement published in February, it accused Wang, who previously worked directly for Kaisa in Shenzhen, of “conspiring” with a subsidiary of the developer.

Another person familiar with the situation suggested Wang was likely to remain in place even after negotiations over the running of the company are completed.

The challenges for Nam Tai investors are similar to those faced by creditors to Evergrande, which first began missing payments on international bonds in September and is now deep in a protracted and opaque restructuring process.

Offshore investors in Evergrande have hoped to recover some funds through recourse to subsidiaries that — like Nam Tai — are listed outside mainland China.

But these subsidiaries typically rely on assets and cash flows within the mainland. In the case of Nam Tai, one Hong Kong investor who is not involved in the company said they “cannot imagine” how overseas investors can go to China and say: “I’m the shareholder, I control the company”.

IsZo points to the upside of Nam Tai’s relative lack of debt, in contrast to the vast leverage that underpins the balance sheets of other developers.

Michael Cricenti, chair of Nam Tai, said it hoped to “make many more investments in China, especially the Great Bay Area, after we take over the PRC subsidiaries”, while Kellogg, who made billions from the sale of brokerage Spear, Leeds and Kellogg in 2000 and is on the board of Nam Tai, said “what has transpired in recent months only strengthens my belief that the fight has been worth it and we’ll ultimately prevail”.

But despite soaring last year, the company’s shares have lost nearly 60 per cent of their value so far this year and it is worth just $165mn. Last week, trading was halted in New York because of “regulatory concerns”.

Earlier this year, Sheehy noted the share price was “no reflection of the underlying value of the real estate”. “I find [this] perplexing because this is some of the most important real estate in China,” he said.