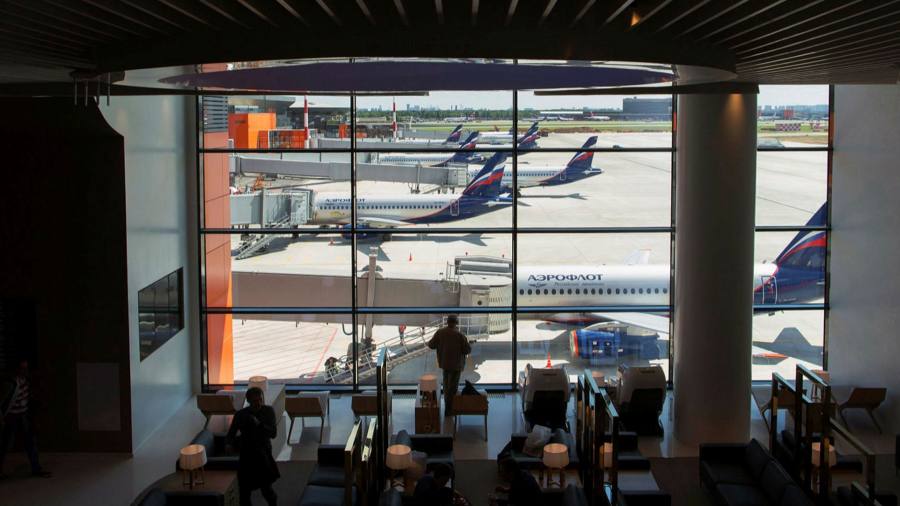 More than 500 commercial aircraft owned by western companies are currently stranded in Russia, where they had been leased, since new sanctions came into force.

In response to Vladimir Putin’s invasion of Ukraine, the EU, UK, US and Canada cancelled all the leases by force majeure with final effect on March 28. Lessors have seized two or three Russian leased aircraft in foreign cities — leaving them with an estimated $12bn to $15bn worth of aeroplane assets in legal limbo.

While the western lessors will book losses on the forgone revenue as well as, prospectively, the value of the aircraft, it does not appear the Russian situation will lead to industry insolvencies. More seriously, though, it brings into question the legal premise for the industry, namely the lessor’s or owner’s right to repossess aircraft that have broken the terms of their leases.

The EU has allowed a small air corridor for returning leased aircraft from Russia, but since the Russian Federal Air Transport Agency has “recommended” that all international flights out of Russia should be suspended by airlines under its jurisdiction from March 6, the EU’s permission is moot. The agency, known as Rosaviatsiya, also “recommends” flights into Russia be suspended after March 8.

The usual outcome of an aircraft lease default is for the owner to ask a local court to enforce the contract, and then engage a pilot to fly the plane back to be cleaned, serviced and re-leased. The legal mechanism is the “Cape Town Convention”, an international agreement that allows secured lenders, such as lessors, to repossess their collateral — namely, the aircraft.

This has almost always worked as intended, with few exceptions and delays. When I was working for an investment bank in the 1980s, AIG asked us to repossess a plane in the Sudan, which was in the midst of a famine. Even the most jaded staff refused, believing a dollar spent on that effort would be better diverted to food for the starving.

Russia is a signatory to the Cape Town Convention, but that seems to have been written in disappearing ink. Interestingly, though, the 500 or so planes seem not to have been formally nationalised. Even if Russia made payments for taking them, people in the trade (and their insurers) tell me that receiving payment from sanctioned entities or countries requires special permission from regulators. Nobody wants to be making such requests in the current circumstances.

Kroll Bond Rating Agency, which issues ratings on virtually all major aircraft leasing companies or aircraft asset backed securities, currently lists only one issuer, Nordic Aviation Capital, as “D” for defaulted. According to KBRA, Nordic has slightly more than 10 per cent of its assets in Belarus.

KBRA lists only one aircraft ABS issuer, Carlyle Aviation Management, as having an ABS trust with a third of its value exposed to Russia and Ukraine, and another trust with 24 per cent of value with those exposures. Ukraine, by the way, has a functional banking system and is making debt payments.

Even after March 28, Russia could use impounded aircraft for what CreditSights, a research firm, calls “Russia Pariah Airlines” for internal flights. This has been done before, in particular by Iran with its ageing fleet of western aircraft.

The operational problem for Air Pariah would be a shortage of parts and updated software. Iranians have proven ingenious at keeping their ancient planes in the sky, though there can be problems returning safely to earth. And Iran’s aircraft are less software-intensive than recently made planes. Supposedly, counterfeit parts can be bought in China, or made by Russians themselves, but reliability would be an issue.

Some leasing companies are already looking to their aircraft hull insurance coverage to recover prospective losses. Supposedly some of these insurance contracts cover expropriation and war risks.

From what I understand, Russian airlines must buy primary insurance from Russian insurance companies, which in turn have reinsurance with western companies or syndicates in London or Bermuda. The reinsurers are ready.

One London reinsurance chief executive rattles off a series of claim defences: “ . . . what you [the reinsurer] have is a war exclusion [from paying claims], but then there are buy backs of risk [agreeing to pay more categories of claims in return for higher premiums]…”

But Russian companies will not give in easily, he suggests: “The lawyers are coming from Moscow to London. They will find a way to get here, don’t worry about that.”