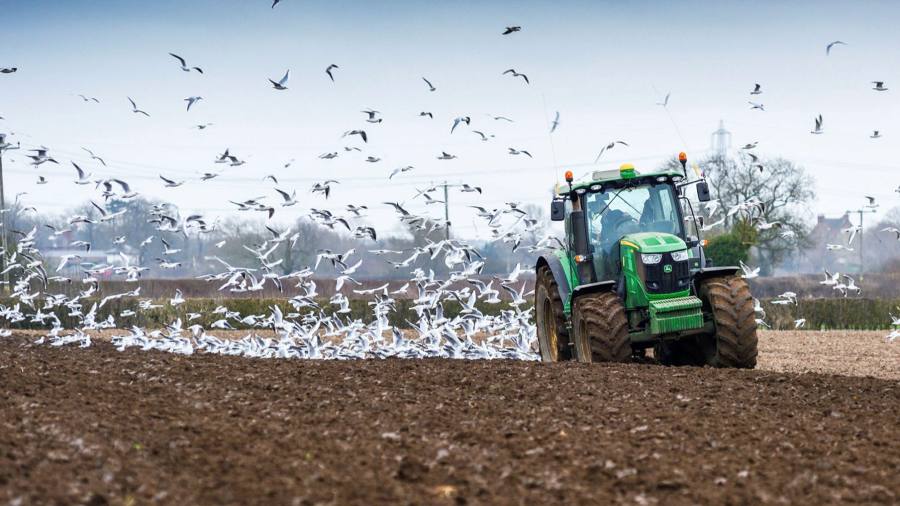 Lincolnshire arable farmer Andrew Ward voted Conservative in the 2019 election, but now he has changed his mind.

”I will not be doing [that] next time, that’s for sure,” said Ward, 61. In his view, “Every sector in agriculture is heading into a desperate situation.”

Ward is not alone. While the Conservative party, with its strong rural base, has for centuries been known as the “farmers’ friend”, a series of post-Brexit issues — a labour shortage, trade deals unfavourable to agriculture, and the slow rollout of drastic changes to financial support from government — has sent relations to their lowest ebb in decades.

The president of the National Farmers’ Union, Minette Batters, last month made an outspoken speech attacking what she said was a “completely contradictory” policy on farming that showed a “total lack of understanding of how food production works”.

“Are we turning a blind eye to the impact of global food production while we pursue a domestic vision of a chocolate box countryside?” Batters asked. It was a marked change in tone from the farming leader, in the role since 2018, who had previously spoken of “working closely” with ministers.

He points out that even in the relatively prosperous arable sector, farmers expect a significant drop in income from government payments as ministers gradually reduce EU-style subsidies, which were mainly paid according to the area of land farmed, in favour of a new scheme that will pay farmers for environmental work.

In December 2021, farmers received their first reduced set of payments under the old scheme, which will be cut gradually until 2027, while the new Environmental Land Management Schemes (Elms) are rolled out. This is a different approach from Wales and Scotland, whose devolved administrations are changing payment systems more slowly.

While Westminster has pledged to maintain total levels of farm funding throughout this parliament, there are concerns that the new English schemes are not ready — for instance, the Sustainable Farming Incentive, expected to attract the highest number of farmers, remains at pilot stage — and may cut income for many.

“The reduction in basic payments is suddenly hitting home for farmers . . . at a time when input prices are rising very sharply,” said Wyn Grant, emeritus professor at the University of Warwick, who studies farmers and politics.

“They’ve discovered that the Elms scheme is not going to replace the money they got [before], it’s going to go to different people and it will be difficult to access. There will be a lot of transaction costs.”

Livestock farmers, who have been particularly dependent on EU payments to break even, expect a squeeze. Julia Aglionby, a Cumbria farmer and executive director of the Foundation for Common Land, said the government’s gradual approach was hurting “micro-businesses”.

“People want to know how many heifers to put to the bull this year. It’s very hard for people to plan because of the uncertainty,” she added.

While many farmers supported the UK’s departure from the EU, many of the problems they now cite stem from the government’s approach to post-Brexit changes, and the bumpy road to an independent agricultural policy.

Yet Grant says relations with successive governments, which had been strong since post World War II reforms won the support of farmers, had weakened since the Ministry of Agriculture was rolled into the Department for Environment, Food and Rural Affairs in 2001, under a Labour administration.

“Farmers quite rightly saw [the Ministry of Agriculture] as a spokesperson for farmers,” he said. “The relationship has never been quite the same since you had Defra, [which] is not a very influential ministry within government.”

That relative weakness has been evident in the UK’s first major post-Brexit trade deals, with agricultural exporters Australia and New Zealand. Government impact assessments predict that both will prove detrimental to UK farming, even as they boost the British manufacturing sector.

Defra’s weakness has also affected the farming workforce: after Brexit restricted travel by EU nationals to work in the UK, the department pushed for a generous seasonal workers’ scheme for fruit and vegetable pickers, but while a scheme has been established, the annual figure of 30,000 workers — with potential to increase to 40,000 “if necessary” — falls far short of what farmers requested.

For Ward, however, another key concern relates to priorities at the top of government, which he believes has the ear of “tree-huggers and environmentalists” rather than food producers. “All they want is birds, bees and trees. They don’t want food produced in the UK,” he argued.

This is a key contention from farmers, many of whom believe the UK is pursuing policies led by environmentalism at home while opening the door to food imports from countries with less stringent green policies.

Grant believes the threat from trade deals is overblown. “I don’t think the impact is going to be as great as some farming organisations have suggested . . . the big one would be the US but I don’t see a deal with the US materialising any time soon,” he said.

Some farmers also fear the new payments scheme, parts of which are dedicated to green enhancements across large areas of land, will favour wealthy landowners over ordinary farmers — ironically a key criticism of the EU’s Common Agricultural Policy.

George Eustice, environment minister, has been keen to emphasise that Elms will take on board farmer feedback.

Mark Tufnell, president of the Country Land and Business Association, which represents landowners, believes Defra is suffering from a communications problem, rather than issues with its underlying policies.

He points out that Eustice has suggested he will allocate funds flexibly to different tranches of the new payments scheme, in an attempt to allay concerns about large landowners winning out. “I’m one of the few lone voices out there who is arguing that the scheme should go forward,” he said.

Farming minister Victoria Prentis said: “Food production and environmental protection must go hand in hand. Our new schemes will support the choices that individual farmers make for their own holdings and we will help boost their productivity.”

She noted that the Farming Investment Fund, which offers productivity grants, had been increased last week from £17mn to £48mn.

There are also signs that ministers are adjusting their approach, particularly toward sectors already in crisis, such as pig farmers, who have been forced to cull tens of thousands of healthy animals after labour shortages curbed abattoir capacity.

Zoe Davies, chief executive of the National Pig Association, welcomed a decision to review fairness in the pig meat supply chain and said Prentis had been “wonderful in terms of being really serious about wanting to resolve the issues”.

Still, according to Grant, the turmoil is likely to result in some farmers quitting the industry. In pig farming, this has already begun. “There is going to be a consolidation of farms, I’ve no doubt about that,” he said.

At the same time, he highlights the depth of links between farmers and the Conservatives: “A lot of their activists, constituency chairs and branch chairs are farmers or have a connection with the industry,” he said. “Large arable farmers [in particular] have been the most consistent Conservative-voting group.”

Yet for Ward, ministers have yet to demonstrate the priorities that would restore his previously positive view of the party. “They need to value farming and food production, and the expertise that comes with it,” he said.