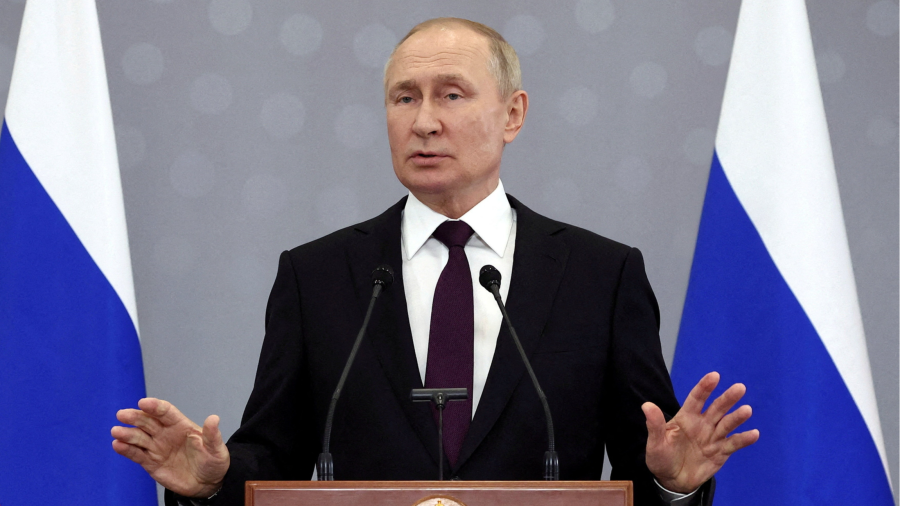 Could western companies eventually face charges over indirect support of atrocities committed by Russian forces in Ukraine? Last week we wrote that NGOs have lodged a complaint with the Paris prosecutor’s office, accusing TotalEnergies of complicity in war crimes for alleged provision of jet fuel to Russian military bases, which it denies.

Today we take a step back to look at the argument put forward by William Bourdon, one of the French barristers who lodged the complaint against the French energy supermajor. Companies exposed to Russia’s war in Ukraine or other conflicts are at increasing risk of prosecution under international criminal law, he says. Other lawyers say investors and lenders have more immediate concerns when it comes to Russia — namely, not falling afoul of ever-changing sanctions.

Also in today’s Moral Money, Patrick reports on “greenwashing” allegations against the US asset manager TIAA. And take a look at my news story with FT colleague Brooke Masters on BlackRock and Vanguard. The world’s two biggest asset managers have told a UK parliamentary inquiry they have no problem with continuing to invest in fossil fuels. (Kenza Bryan)

French lawyer William Bourdon, a specialist in crimes against humanity, has spent recent years building strategic lawsuits on the theme of social responsibility against multinational corporations including Zara, Uniqlo and Skechers. His latest target is TotalEnergies, which he has accused of complicity in Russian war crimes in Ukraine.

Companies that claim a moral high ground on ethical issues by following environmental, social and governance investing strategies or taking a stance on geopolitical matters — such as condemning the war in Ukraine — can accidentally create legal risk for themselves, he argues.

Under the International Criminal Court’s Rome Statute, someone who has knowledge of a crime taking place and continues to do business with the perpetrator could be considered complicit.

There is precedent for Bourdon’s allegation against Total. French authorities have been investigating the lender BNP Paribas on suspicion of its complicity in crimes against humanity and genocide over its role as the “de facto central bank” of Sudan between 2002 and 2008. BNP Paribas declined to comment.

But there are a few reasons the Total complaint could be rejected by Paris prosecutors. For one, the French energy giant strenuously denies furnishing jet fuel to the Russian air force. In an email to the FT it described this allegation, which forms the basis of the complaint, as “outrageous and defamatory”. Second, substantiating the allegation involves tracking the journey of thousands of tonnes of gas condensate across the frozen plains of Siberia, to a refinery near the Kazakh border and finally to Russian air force bases near Ukraine — a huge investigative challenge.

TotalEnergies previously announced the gradual suspension of its activities in Russia. It also said it would ensure strict compliance with current and future European sanctions.

Another factor is whether lawyers can prove the Russian military has committed war crimes. As the solicitor Joshua Rozenberg has written, neither Russia nor Ukraine are party to the ICC’s statute, meaning Russia cannot be prosecuted for the crime of aggression. Instead, any prosecution would rely on national courts outside Ukraine putting Putin and his administration on trial.

If successful, the legal complaint against Total could shine a spotlight on the energy company’s investors, Bourdon argues. Oleg Ustenko, economic adviser to President Volodymyr Zelenskyy, previously told me that his government would seek to pursue US and European financiers of companies that have continued to trade Russian oil for complicity in war crimes.

Criminal cases have a uniquely strong “dissuasion and intimidation effect” on possible wrongdoing, says Bourdon. “A company’s biggest fear is to be summoned by a prosecutor . . . because of the reputational risk, the risk of legal sanctions and the job security risk for the executive board.”

The Russian economy is many times bigger than Iran’s or North Korea’s, two countries previously exposed to mass sanctions regimes by the west. “The sheer speed of decoupling a country of this size is completely unprecedented,” said Francis Bond, a solicitor in corporate crime investigations at Macfarlanes. “If you’re working in compliance in financial services you’ve never seen anything like it.”

Attempts to exit Russian investments can be fiendishly difficult, says James Ford, a senior associate specialising in anti-corruption, sanctions and human rights at the US law firm Mayer Brown. Banks looking to sell or write off debt relating to Russian investments need to consider whether this could amount to a prohibited dealing under relevant sanctions regimes — for example if the entity belongs to a sanctioned person or if the transaction goes through a sanctioned Russian bank. Understanding patterns of ownership and control is key: a sanctioned individual might exert effective control of a company through stakes formally held by friends or relatives, he points out.

Ford says such considerations are becoming increasingly pressing for companies — whether or not they lead to litigation from the likes of Bourdon or to sanctions. “Human rights and environmental issues that presented less legal risk for multinationals 10 years ago are becoming increasingly toxic for their reputations,” he says. “And it’s not just about compliance with the law, but also about taking into account the ethical implications of their business decisions.” (Kenza Bryan)

US-based asset manager TIAA has been a retirement investor for teachers and professors for a century, dating back to its founding by philanthropist Andrew Carnegie.

But today, some of the educators who rely on TIAA for their savings are alleging “greenwashing activities” and significant fossil fuel financing at the company.

In a letter to the UN Principles for Responsible Investment published today, nearly 300 academics filed a complaint against TIAA and Nuveen (which TIAA acquired in 2014). If the UNPRI launches an investigation in response to the complaint, TIAA could risk being ejected from the global sustainable investment initiative.

The academics went to the UNPRI after trying to speak with TIAA and Nuveen directly, Caroline Levine, a professor at Cornell University, told Moral Money. “Their continued investments in coal and oil and gas exploration are particularly egregious,” she said.

In a statement, TIAA said that broad divestment from fossil fuels “does not offer TIAA an optimal way to influence the policies and practices of [companies] we invest in”. And it is not the best way to generate long-term value for investors, TIAA added.

The teachers criticised TIAA for its holdings of bonds issued by Adani, the Indian conglomerate with significant coal operations. (Check out Tamami’s recent reporting on Adani.) They also noted Nuveen’s massive land investments. The company has said SLC Agrícola is its largest holding grain-producer in Brazil. SLC Agrícola was fined $2.5mn two years ago for planting soy in protected areas.

The UNPRI told Moral Money that it would review the complaint under its existing policies for serious violation allegations. This case could be a big test of whether environmentalists can agitate for change at the UNPRI via its serious complaints mechanism.

TIAA serves university professors who helped develop the science of climate change, said Bill McKibben, a veteran environmental campaigner. The idea that their retirement savings are funding fossil fuel companies will “make those people angry”, he said. “TIAA better get to work on cleaning up its act”. (Patrick Temple-West)