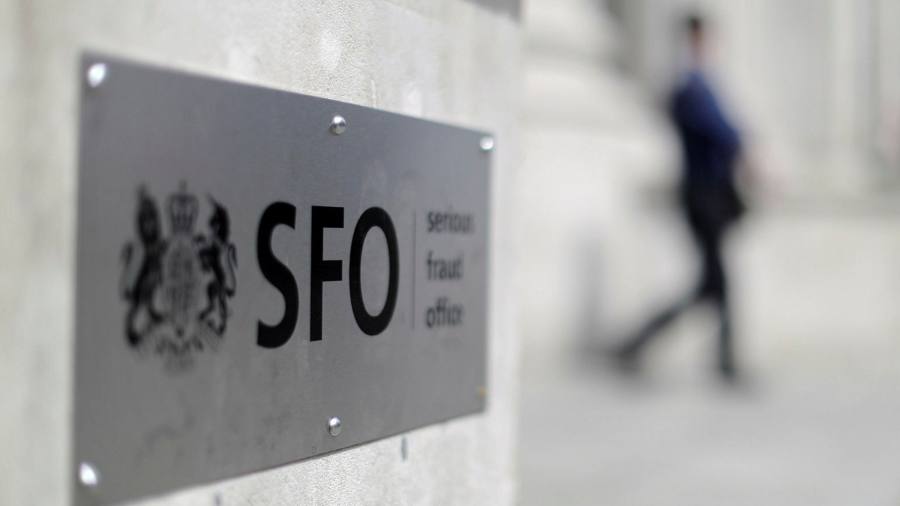 The UK Serious Fraud Office has secured the convictions of two individuals involved in running a fraudulent green investment scheme in Brazil worth £37mn.

The successful prosecution is a rare recent piece of good news for the SFO, which is awaiting the outcome of two reviews into failings in two high profile cases, due next month.

The two men were convicted on three counts of conspiracy to defraud and one count of misconduct in the course of winding up a company. The SFO said some 2,000 investors were deceived by the scheme.

In a statement, SFO director Lisa Osofsky said the agency’s seven year investigation had “exposed an intricate web of money transfers, forged documents and invented identities used to scam pensioners and savers out of their money under the false pretence of environmental protection”.

She said the guilty verdicts marked “a significant step towards achieving justice for over 2,000 victims.”

The SFO launched its investigation into Global Forestry Investments in 2014 and charged 44 -year old Skeene and 45-year old Bowers in 2019. The company, which was based in the UK, established three teak investment schemes in Brazil, known as Belém Sky Plantation, Para Sky Plantation and Para Grosso Sky Plantation.

Global Forestry Investments claimed to offer secure, well-managed and ethical investments that would help protect the Amazon rainforest and support local communities. But the SFO said Skeene and Bowers were in fact enriching themselves using the investors’ savings.

The arrests followed an investigation by the Insolvency Service, which opened a probe into the company following its compulsory liquidation in 2014, when it owed at least £2.1mn to creditors.

The IS found that investors were told their cash was being use to purchase teak plots; however, £13mn from the sale of the plots was paid into Bowers’ and Skeene’s bank accounts and the majority of investors received no money after the first year of their investment.

In 2018 both individuals were disqualified from controlling or managing a company in the UK without the court’s permission for ten years.

The conviction of Bowers and Skeene comes a week after the agency charged Glencore with seven counts of bribery following an investigation into its oil operations in West Africa. The company has said it intends to plead guilty at a court hearing next month.