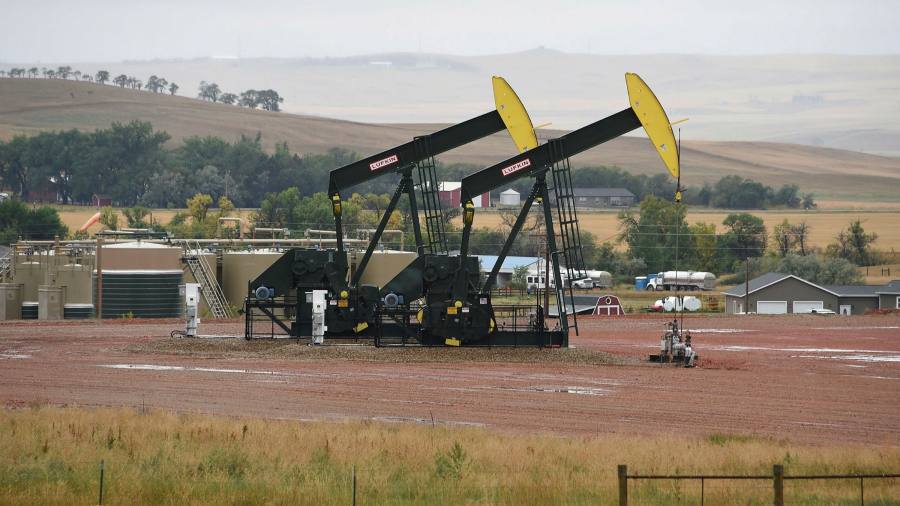 Crude prices are up and America’s oil and gas producers are flush with cash. It’s making the sector hard to ignore for Wall Street, even for investors burnt badly by a decade of financial mismanagement in the sector.

Our first note looks at why this may be the shale sector’s “only chance” to win back Wall Street’s affections (and dollars) and what it needs to do in this make or break moment.

Our second note looks into the cryptomining industry’s effort to persuade Congress of its green credentials. Whether crypto’s huge energy footprint is a climate menace or energy transition saviour has big implications for coming regulations on the sector.

Speaking of climate controversies, Data Drill digs into investment trends in the nuclear power sector, where investment is up as some countries bet on the carbon-free technology.

A couple weeks ago we highlighted here at ES that despite a market-leading run up in share prices over the past year, America’s oil and gas industry had yet to win back Wall Street’s affections.

“There’s a tremendous amount of aversion to investing in the sector. Part of it is the [environmental, social and governance] overhang and concerns about investing in fossil fuel companies,” Mark Viviano, managing partner at Kimmeridge Energy Partners, an energy-focused private equity group, told ES. “The other concern is just that it’s been a terrible sector for a decade and people have lost a significant amount of money.”

Even with oil prices seemingly closing in on $90 a barrel, the energy sector comprises a measly 3 per cent share of the S&P 500. The last time prices were at this level, in 2014, it was 9 per cent.

So is the industry a lost cause for investors?

Not necessarily, and some big investors are “reluctantly” starting to take a fresh look at the sector, argued Viviano.

Higher oil and gas prices along with uncharacteristically restrained capital spending have delivered a surge in profits for producers. The uptick in gains is expected to be on full display as American shale companies like ConocoPhillips, Pioneer Natural Resources and others report earnings in the coming weeks.

That is making American shale producers hard to ignore even for investors that had abandoned the sector amid a decade of heavy losses and a broad shift towards greener investing.

“I think [investors] are getting dragged back reluctantly,” said Viviano. “If they see enough structural change, in a backdrop of rising commodity prices, increased concerns over inflation and relative performance against the broader market, I do think that they will reluctantly re-engage in the sector.”

In a new report, titled “Now or Never”, Kimmeridge argues that shale’s road back to Wall Street’s good graces will first require proving that the industry’s “capital discipline” can hold even as oil prices rise and companies are flush with cash.

The firm raised $376m for a new investment fund late last year, and is aiming to increase that to $500m this year as it hunts for new investment opportunities.

In previous years, a rise in oil prices quickly brought a surge in new drilling in shale fields like the Permian in West Texas and Bakken in North Dakota. Drilling is once again on the rise, and oil output is expected to rise back to record levels by next year, but the pace of expansion remains more measured than the past.

Investors will be scouring companies’ 2022 spending plans, which will be unveiled in the coming round of quarterly earnings announcements, for any indication that shale firms flush with cash are once again loosening the purse strings.

“This really is the first time we’re able to test the industry’s conviction in the new business model, and it’s probably the only chance it will get,” said Viviano.

Even if the industry does hold the line, winning investors back will take time.

Viviano pointed to a similar change in business model that refiners undertook a little more than a decade ago, from heavy spending on growth to a focus on funnelling profits back to shareholders. It took about two years for investors to come back, said Viviano.

“There is no silver bullet,” said Viviano. (Justin Jacobs)

Crypto boosters tell Congress their coins will help the environment

As investors dump their Bitcoin holdings in the face of falling prices, countries are cracking down on the energy intensity of digital tokens.

Bitcoin’s place in the clean energy transition was up for debate last Thursday when lawmakers on the House Energy and Commerce Committee questioned industry experts about the energy efficiency of cryptomining. ES was there to watch.

At least nine countries have banned cryptocurrency, with China last year becoming one of the largest markets to close its doors to the sector. Russia, the third-largest cryptomining country, recently proposed plans to ban cryptocurrency entirely because of its energy demand.

The House hearing, however, had a much more crypto-friendly tone. In his opening remarks, chair Frank Pallone, a Democratic representative from New Jersey, said the hearing wasn’t “intended to stifle” the promise of cryptocurrency and blockchain but rather to examine approaches to mitigate their environmental impacts.

Yesterday, Bitcoin prices plunged to their lowest levels since July amid fears that the Federal Reserve will rein in stimulus. Prices for Ether, the coin associated with the network Ethereum and the second-largest cryptocurrency behind Bitcoin, have also plunged 47 per cent since their peak in November.

Still, 2021 was a milestone year for digital tokens. The global market value for cryptocurrencies reached $2.9tn in November, nearly triple the number at the start of the year, according to CoinMarketCap. Computing power demand for cryptomining has reached levels high enough to power entire countries.

On the Hill, approaches to reducing crypto’s energy intensity largely fell into two camps. While some witnesses were in favour of new, less energy-intensive methods of cryptomining, others argued the current high-energy system could spearhead the deployment of renewables.

Ari Juels, a professor at Cornell Tech, called for switching the cryptomining system from proof of work (PoW) to proof of stake (PoS). PoW, popularised by Bitcoin, is the most widely-used system for cryptomining. It requires much more energy to maintain compared to methods like PoS.

Ethereum announced plans to switch to PoS later this year. Last week, a top EU regulator told the Financial Times he has also advocated for PoS.

“Bitcoin does not equal blockchain. The tremendous promise of blockchain technology does not require Bitcoin or its energy-intensive component called proof of work,” Juels said.

Other witnesses weren’t so eager for this transition. According to Brian Brooks, CEO of Bitfury, a blockchain technology firm, PoS is “not a substitute for proof of work” and goes against the main tenets of cryptocurrency: decentralisation, security, and trustless networks.

Brooks also told lawmakers that the high energy intensity of crypto can be beneficial by soaking up excess solar and wind capacity, capturing flare gas, and reducing energy loss in transmission and distribution.

Still, there are risks to consider. Mining cryptocurrencies using renewable energy could crowd out the opportunity to electrify other industries. The portable and volatile nature of the industry also means towns that open up to miners could quickly be left with stranded assets.

The US is currently the largest country in the world for cryptomining. Industry watchers expect more regulation on cryptocurrencies this year, with the White House aiming to release an executive order next month. How regulation takes shape will influence the sustainability of crypto operations and whether miners will stay in the US or go elsewhere. (Amanda Chu)

Countries are renewing their support for nuclear. Over $90bn will be invested globally in nuclear power by the end of 2023, according to Rystad Energy. The firm predicts investments in 2022 will reach $45bn, up $1bn from the previous year.

“With the imperative to cut emissions stepping up worldwide, nuclear power generation is set to play an important role in the push to limit global warming,” said Rystad analyst Karan Satwani.

Nuclear power made up nearly 10 per cent of global electricity generation last year, totalling 400 gigawatts of capacity. Fifty-two reactors are currently under construction in 19 countries, supplying an additional 54 gigawatts when completed, according to the firm.

Still, not all countries are on board with nuclear energy. According to the International Energy Agency, while nuclear power generation grew overall in 2021, it fell in the US for a second consecutive year. The IEA estimates nuclear power capacity will need to reach 812 gigawatts by mid-century to achieve net zero.

Much of the growth expected in the next couple of years will largely be driven by countries in Asia, as European reactor closures cancel out new instalments. China plans to install at least 150 nuclear reactors in the next 15 years, and India recently announced a goal of tripling its nuclear power generation in a decade. (Amanda Chu)