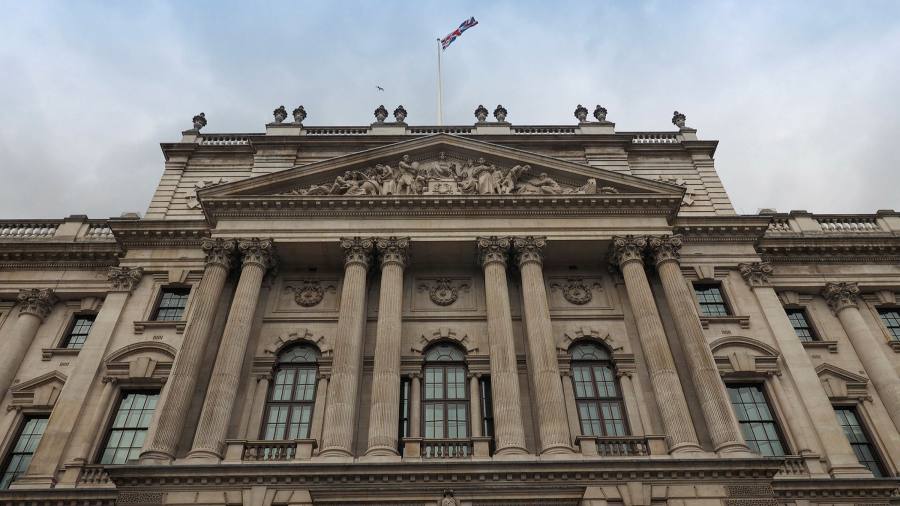 HM Revenue & Customs has sent income tax bills of up to £50,000 to 1,000 contractors after accusing their accountancy firm of breaking tax rules, in a move experts warn could impact dozens of accountants and hundreds of thousands of freelancers.

In letters sent to the firm’s clients, seen by the FT, HMRC said Churchill Knight had breached the managed service company (MSC) law.

This legislation seeks to stop company directors benefiting from paying typically lower corporate taxes and dividend taxes over employment taxes — if the company is controlled by another party, like an accountant or tax adviser.

If HMRC categorises a firm as an MSC provider it deems all its clients as users of an MSC and levies PAYE and national insurance on any income earned by the contractors’ businesses.

Tom Edwards, operations director, said: “I don’t feel like it’s an attack on us. It’s an attack on the industry and on contractors who operate their own limited company.”

The dispute is highly likely to go to the tax tribunal.

Seb Maley, chief executive of Qdos, an advisory firm, said an HMRC tribunal win would set a precedent. “It’s certainly a danger for contractors and accountants to be aware of.”

Bryce defended the FCSA’s accreditation of the firm saying its vetting process, including for MSC compliance, had been thorough. He said Churchill Knight & Associates was operating no differently from an estimated 150 contractor accountancy firms in the UK — used by hundreds of thousands of individuals.

The letter stated that Churchill Knight & Associates met three out of five features consistent with being an MSC.

First, it “benefits financially” from the provision of services by contractors by charging a yearly fee. Second, it “influences or controls” how they received payments by issuing a yearly statement of how much individuals would receive from their company and dividing and spreading this over 12 months. People could only change this by contacting the firm, HMRC said. Finally, HMRC said Churchill Knight & Associates “influences or controls” the finances and activities of contractors’ businesses by requiring them to use an online portal the firm developed and that there is “no independence from the portal”.

One person who received the letter and wished to remain anonymous said he and his wife had been “totally blindsided” by it. If HMRC issues bills for the past five years, he will have a liability of more than £100,000. “The impact on us is extremely stressful,” he said.

The contractor said he felt Churchill Knight & Associates had performed normal accountancy practices for him, including bookkeeping.

He was “confident” he could argue his case successfully. But the prospect of the dispute taking up to two years before reaching tribunal was difficult for everyone affected.

People who work like employees must pay tax like employees. The managed service company rules prevent an intermediary company setting up a structure that facilitates tax avoidance

Churchill Knight & Associates has taken legal advice and written to HMRC to dispute its findings. It is supporting clients to appeal against the decision and is running a help desk, which at its peak has been staffed between 6am through to 2am.

Edwards told FT Money HMRC had misunderstood its processes. He said the firm had no influence or control over how clients manage their limited companies or take dividends from it. The firm did not financially benefit from clients, but charged a fee for services, which is normal practice. He added that people can transfer in and out of its in-house portal and that it had clients who did not use the portal to manage their limited companies.

Edwards added that approximately a third of clients which HMRC said it had notified about tax liabilities had not received them. The tax liabilities are a legal notice and if not appealed within 30 days will become due.

The “disregard” for contractors’ mental wellbeing “was not on,” said Edwards, adding clients were complaining about not being able to eat, work or sleep because of the uncertainty.

“This can massively damage our reputation even though we haven’t done anything wrong. But we have to have clients’ mental welfare at the forefront.”

HMRC said it could not comment on specific taxpayers, but anyone with a query about an HMRC letter should contact it for help.

It added: “People who work like employees must pay tax like employees. The managed service company rules prevent an intermediary company setting up a structure that facilitates tax avoidance.

“We will take action where we find such structures being used, to ensure the right tax is paid. Any action follows considerable evidence gathering and expert advice.”