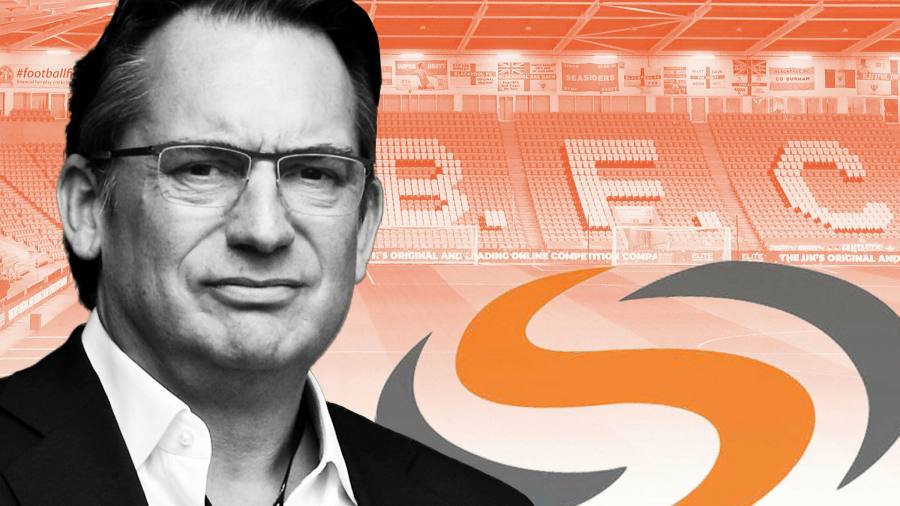 For over a decade, bankers in Hong Kong wanting to sell large blocks of a company’s shares have jostled for the attention of Blackpool-born businessman Simon Sadler.

Sadler’s $6bn hedge fund Segantii Capital has bought into the biggest deals and generated colossal fees for banks, making it a “priority customer” on Wall Street, according to a former prime broker in Hong Kong.

“For years he was willing to be big, consistent, aggressive, a real risk-taker on blocks,” said a second counterparty at a global bank in the city. “Even across market cycles he never backed away. I knew that if I had something to sell that [Segantii] would give me their price.”

A low-profile but lucrative corner of the finance industry, block trades are stock sales big enough to depress a company’s share price, meaning banks arrange them privately away from exchanges. Hedge funds typically buy the blocks at a discount, creating the chance to lock in a gain if the stock trades well after the sale but a loss if it does not.

Since Sadler founded Segantii in 2007, it has become one of the biggest players in block trades in Asia — and it has rapidly expanded its reputation to trading floors in London and New York.

Block trades have attracted scrutiny about how information is shared between buyers and sellers in advance of deals.

US authorities are investigating how Wall Street banks handle the privately-negotiated sales, unsettling a market not accustomed to the spotlight. Suddenly, banks are becoming more risk averse.

Last week, the Financial Times revealed that two of Segantii’s banks had cut off their previously-treasured client, preventing the hedge fund from trading equities with them globally. One of the banks also closed all of its accounts, including in prime brokerage and trading other financial products.

At Bank of America, concerns among the investment bank’s markets supervision team in New York in early 2021 about trading by Segantii around blocks of shares placed on public markets by other banks led to an internal worldwide directive to sever ties with the hedge fund, according to two people familiar with the matter. The edict was “an extremely rare event for a fund of this size with a big name”, according to one of the people who is close to the bank.

Meanwhile, Citigroup has suspended all equities trading with Segantii to reduce its exposure to the fund while block trades are in the headlights of US authorities, two other people said. It has continued to trade with Segantii in other products such as derivatives while other Wall Street Banks, such as Goldman Sachs, have continued their relationships as normal.

Segantii has not been accused of wrongdoing and it is not known if it has been contacted as part of the US block trades probe, but the banks’ moves were a rare roadblock for 52-year-old Sadler, whose ambitious risk-taking has reaped large rewards, both at his hedge fund and elsewhere.

In 2019, Sadler bought his ailing hometown football club Blackpool FC for £10mn after years of relegation struggles and troubled finances. The club has since been promoted to the Championship, the division just below the Premier League.

“All of a sudden, out of nowhere, I’m the owner of a football club, I’m walking on the pitch and people are singing my name. I’m getting soaked in champagne,” he said last year.

When Sadler bought Blackpool FC he was described by The Guardian as a “local-boy-done-good”. Born in the seaside village of Bispham on the outskirts of Blackpool, he had a summer job renting out deckchairs before starting a financial career in the City of London. He later moved to Moscow and then Hong Kong, going on to be head of Asian equity trading for HSBC Securities.

But he remained loyal to his hometown: when he started Segantii in Hong Kong in 2007 he named it after a pre-Roman Blackpool-based tribe, and designed its logo in the same tangerine as the Blackpool FC kit. In 2014, he bought the FA Cup winners’ medal of Sir Stanley Matthews — a former Blackpool player — at auction for £220,000.

Sadler and his family relocated from Hong Kong to London during the pandemic, according to three people that know him. He has “pulled back” from Segantii’s main base in Hong Kong in the past few years, one of the people said, partly because of the focus on his football team.

In the US, investigators have sought communications between Morgan Stanley — Wall Street’s biggest seller of block trades — and a number of its hedge fund counterparties, including a former employee of Segantii, according to media reports.

In Hong Kong, Segantii is a “platform” for fiefdoms of different trading strategies, but with one “top dog who keeps an eye on everything”, according to one broker who works with the fund in London.

The culture at the firm is hard charging, according to half a dozen counterparties and former employees who were interviewed by the FT, with one person close to the fund describing it as “highly political and highly territorial”.

A sometimes “inhospitable” environment has extended to Segantii’s relationships with some of its brokers, according to several of the people interviewed. Two senior equity executives at global banks described receiving emails from Sadler that contained insults and expletives. “My last conversation with him was him telling us we were shit,” said one of the executives.

A third executive, formerly a senior prime broker, said Sadler was “a tough character but I find him very fair. I go into each negotiation with him thinking ‘how little can I lose in this?’”

Segantii and Sadler declined to comment for this article.

On blocks, Segantii is a force of nature. It has a portfolio worth $3.5bn, according to its latest SEC filings. It buys big and quickly: over just two days in May, the fund acquired a 3.6 per cent stake in Avast, a provider of cyber security, and a 2 per cent stake in Meggitt, an aerospace group — both FTSE 100 companies.

Block trading is one of the few businesses on Wall Street where deals still live or die on personal relationships. “If you’re a hedge fund and I’m not returning your call, you’re struggling,” said one former counterparty at a bank. “If you have a dialogue with a syndicate desk you have an informational advantage.”

That “advantage” is where the potential risk lies. To negotiate a discount on a block trade, bankers have conversations with potential buyers, where they do not disclose the company involved, the identity of the seller or the deal’s structure.

Such conversations can still tip off investors who may move to sell the stock. Technically, there has been no transfer of material nonpublic information — the red line at which laws are broken — but the legal grey area is vast.

Hedge funds that take a lot of blocks off bankers will often expect to get “colour” — information that is not privileged but still provides helpful context — to get an edge on deals or expect to be reciprocated when banks are allocating shares on hot initial public offerings, according to syndicate bankers.

And block trading is a lucrative business. Banks carried out more than $70bn of block deals in the US in 2021, according to Dealogic.

The risk for Sadler is that the US probe has only just started to chill the block trade industry in which Segantii has built such a formidable reputation.

“Lots of hedge funds have blocks guys now, but for Segantii this is their bread and butter,” said a portfolio manager in Hong Kong.