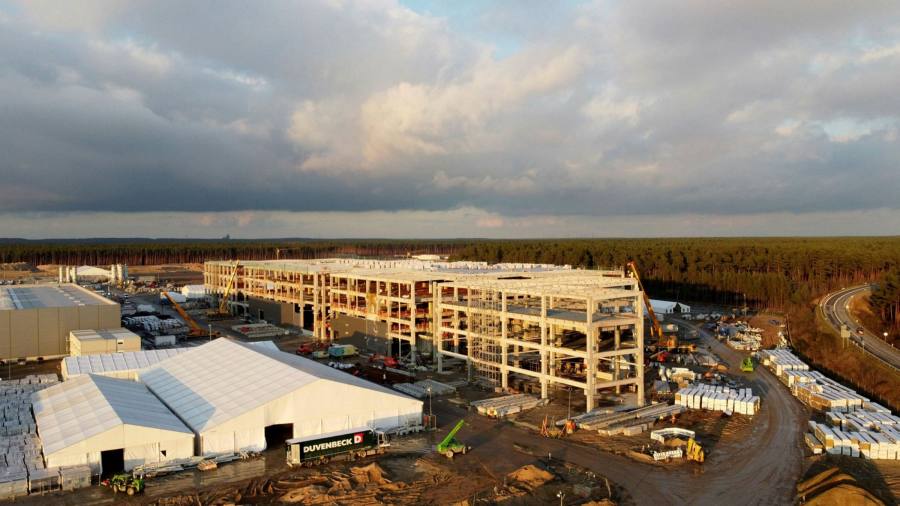 Tesla’s first European “gigafactory” in Germany has received the conditional approval of local authorities to start production in a matter of weeks, several months after chief executive Elon Musk had hoped to open the site near Berlin.

The plant, which the company claims will eventually manufacture 500,000 vehicles a year, was originally supposed to start production last summer, but has faced numerous challenges from local environmentalists and campaigners.

At a press conference on Friday, the prime minister of Brandenburg, the state in which Tesla’s factory is located, said an operating licence had been awarded for both a car factory and an adjacent battery plant on the 300-hectare site in Grünheide, as long as certain environmental and safety criteria are met.

“We made this decision for Brandenburg, but also for the whole of Germany,” Dietmar Woidke said, adding “there was always a question over whether such a thing could be done [so quickly] in Germany”.

An opening ceremony for the car plant, construction of which began in the spring of 2020, is planned for the end of March. Some 3,000 workers have already been hired for the factory.

Musk, Tesla’s maverick CEO, originally announced his decision to build the plant at an award ceremony in Berlin in November 2019, saying he had chosen the location because “German engineering is outstanding.” But the carmaker has since faced bureaucratic hurdles that have delayed the factory’s opening a number of times, much to Musk’s annoyance.

Most recently, local environmentalists have taken Tesla to court, alleging the factory would consume too much of the local water supply. Musk responded to a question about water supply last year by chuckling “it’s like water everywhere here — does this seem like a desert to you?”.

Once up and running, Tesla’s German plant, which the company says will source 80 per cent of parts from European suppliers, could run into the supply chain problems that have plagued local competitors such as VW. As well as facing bottlenecks in the delivery of semiconductors, German carmakers have grappled with a shortage of electrical wire components, usually manufactured in Ukraine, forcing them to idle production lines.

Earlier this week, Tesla’s existing employees in Brandenburg elected a works council, which will see staff represented on the board of the carmaker’s German arm. The move comes as Musk, who has been accused of trying to thwart the unionisation of Tesla’s workforce, said the company would “do nothing to stop” employees at its Californian plant from holding a union vote.