The Lex Newsletter: sanctions against Russia should go much further 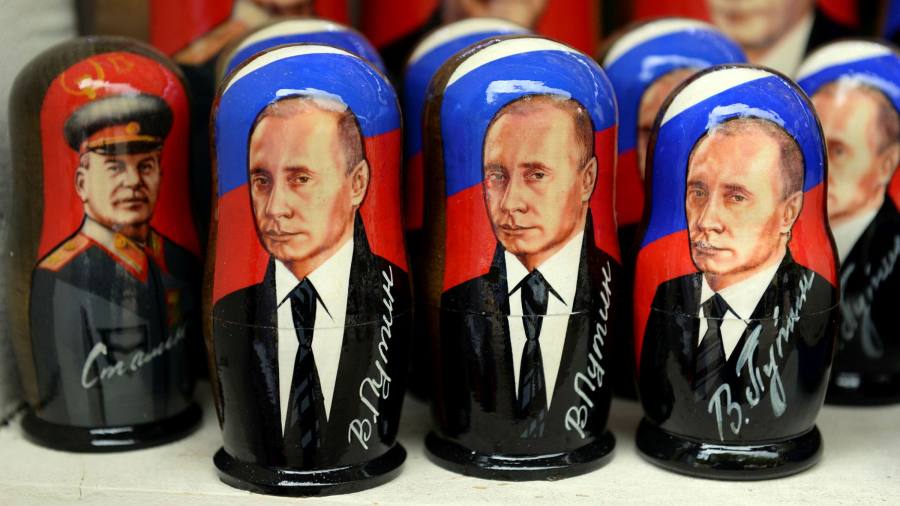 The withdrawal of western companies and imposition of sanctions amounts to a declaration of financial war against Russia. Every move emboldens further action. The long-term risks are difficult to calculate.

Yet for both Russia and the west, the immediate impact is uneven. In the US, President Joe Biden banned the export of semiconductors to Russia. But research company CFRA points out that Russia is not a significant consumer, accounting for less than 0.1 per cent of global chip purchases, according to World Semiconductor Trade Statistics data.

Apple made headlines for its decision to stop selling products in Russia this week. Yet while iPhones account for about 15 per cent of Russian smartphones, Apple has no physical stores in the country to close.

Cutting off Russian access to western brands such as Nike and Disney is unlikely to hammer profits at home. Decisions made by energy and financial companies will have a greater impact on both the Russian economy and western markets.

BP, Shell and ExxonMobil are offloading Russian energy investments. Banks seek to elbow Russia from the global financial system. MSCI and FTSE Russell are cutting Russian equities from indices — where they account for just over 3 per cent of emerging market benchmarks. The rouble has collapsed.

Lex believes some of these decisions were long overdue. Take the separation of BP from its high-profile stake in Russia’s state oil company Rosneft. BP’s stated aim of finding a future away from oil and gas did not sit well with its 20 per cent investment in Rosneft. A total write-off could mean non-cash charges of $25bn. That would be reduced if BP finds a buyer, though these are likely to be in short supply.

Other asset divestments will be more complicated. All asset managers, including pension funds, are coming under pressure to dump stock. Lex notes the complicated moral case for cutting exposure to one country while retaining it in others with repressive regimes and aggressive stances towards neighbouring countries. The parallels between Russia/Ukraine and China/Taiwan are striking.

No surprise that global military spending is on an upswing. Lex sees more gains for defence stocks such as Germany’s Rheinmetall. Squaring that with an ethical rejection of war in Europe looks hard but, rest assured, some analysts are trying anyway. German defence industry lobby group BDSV has called for the EU to recognise the industry in environmental, social and governance investing. To which Lex says, good luck with that.

Compare the defence sector’s gains to the evaporating market worth of Russian companies listed in London. In five days, Polymetal International has lost three-quarters of its value. The City’s willingness to host overseas companies has already come at a reputational cost following a string of scandals.

The London Stock Exchange Group suspended 27 Russian companies from trading on Thursday. This will not, notes Lex, have much of an impact on the group’s bottom line. The LSE is expanding into more financial services, meaning equities trading accounts for a smaller portion of revenue. The $27bn purchase of Refinitiv is doing its job.

Russia’s own stock market remains closed. But that has not stopped activity. See the growing gap between specialist ETFs and underlying prices.

Still, self-interest trumps political outrage for many companies and countries. Lex has called on the EU to include energy payments made via the Swift interbank messaging system in its sanctions, noting the disconnect in pledging to paralyse the Russian economy while permitting carve-outs. For now, however, banks handling energy payments remain exempt.

Replacing Russian gas imports will take time. In the US, Cheniere Energy’s bet on exporting liquefied natural gas from the US Gulf Coast has taken a decade to pay off.

China may have abstained from the UN General Assembly vote to condemn Russia for its invasion of Ukraine, but its future actions may be decided partly by grain prices. China is the world’s largest agricultural importer. Ukraine accounts for more than 80 per cent of Chinese corn imports.

Finally, it seems strange that there has as yet been no substantial cyber attack by Russia. Its sophisticated capabilities have been hyped for years. The US warns that any attack could extend beyond Ukraine’s borders. Passwords, it said, are not enough to secure information. That is music to the ears of the password manager sector, part of the larger identity security industry. Companies such as LastPass seek to replace the unsafe 12345 or Password1 combinations which many internet users still rely on.

What comes next is anyone’s guess. If Russia’s invasion continues, so will sanctions. Perhaps Russia will default on its global debt. The next coupon payment on hard currency debt is due on March 16. China’s Cross-Border Interbank Payment System (Cips) may gain more users as an alternative to Swift. That certainly seems more likely than Russia’s own version, SPFS, gaining traction. Maybe cyber attacks will cripple western infrastructure.

Lex hopes the war will end. We think it may take more pressure on Russia to get there.

Enjoy your weekend and update your passwords,