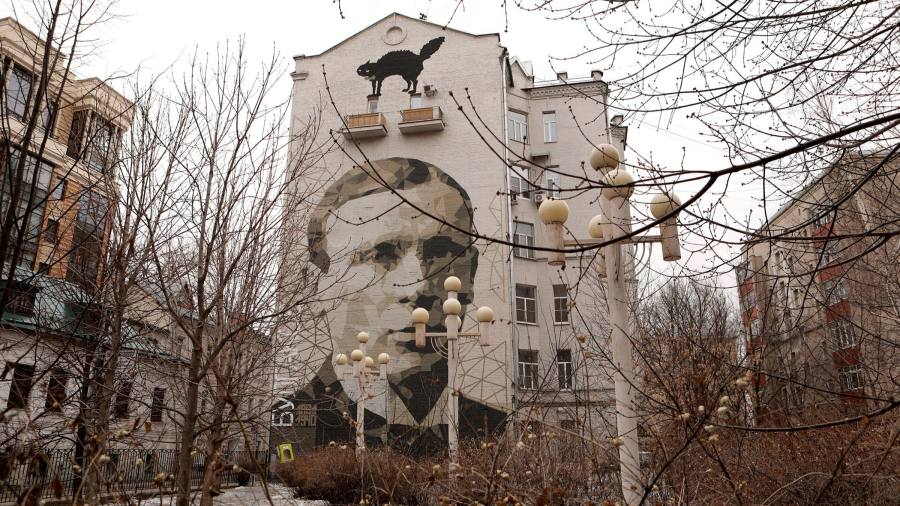 Mikhail Bulgakov described the collapse of old certainties amid a battle for control of Kyiv in 1918 in his novel The White Guard. Ukraine’s current heroic defence of its capital rhymes with events back then. The first world war and Russian Revolution replaced the old European balance of power with a deep east-west split lasting until the 1990s. The Ukraine war is reinstating that great divide.

This poses asset allocation problems for chief executives and fund managers in the US, western Europe and developed Asia. Russia and China opened up to western capital from the 1990s. Investment from the pair flowed our way too. Now, as a result of Russian aggression and China’s superpower stand-off with the US, the trend is reversing rapidly.

In economic warfare, sanctions equate to the missile strikes and troop movements of the military alternative. A barrage of embargoes and asset freezes against Russia is adding to the sanctions levelled against that country in 2014 and China during the Trump era.

Lex has been assessing the collateral damage to business. Please give me your feedback on our coverage at [email protected]

Our gut instinct remains that the US oil embargo should be good for energy traders. However, disruption is severe enough to pose liquidity threats to this risk-seeking, highly paid and often highly leveraged breed. Central banks must be alert for potential Lehman moments, given the fragility of the world energy supply chain. As readers correctly pointed out, oil traders such as Trafigura and Vitol should be required to pay steeply for any support received.

Hedges sometimes cost more now than the value of the physical oil cargos they are meant to protect. But Peabody Energy came unstuck with a hedge on coal, the commodity it mines. This committed the US group to a sale price of $84 per metric tonne. The market price is now about $400, leaving Peabody with a $500mn margin call. Old price assumptions have become irrelevant.

Lex surmised that high energy prices figured in P&O Ferries’ deplorable sacking of 800 British sailors without notice and their replacement with cheap, foreign contract staff. The business apparently made a loss of more than £100mn last year but can expect a snapback in leisure travel this year. The pay of its British mariners is decent but not excessive. Fuel, which a typical ferry is at present burning at a cost of $2,400 per hour, is likely to be a far worse dragging anchor.

Thyssenkrupp explicitly blamed energy prices, alongside other impacts from the Ukraine war, for suspending cash flow guidance. The steelmaking division, whose spin-off is now on hold, sells its products months in advance. This may lock the business into prices that higher gas and coal costs render uneconomic.

Germany is declining to ban Russian gas imports partly because of the further hit this would deliver to industrial groups such as Thyssenkrupp. Even before the Ukraine war, hydrogen was mooted as a replacement fuel on environmental grounds. Germans are now considering the feasibility of piping in hydrogen manufactured with Norwegian renewables for a wide range of applications. Getting that project off the ground would take too long to make any difference to the supply picture for years.

It is unlikely Britons could start using locally extracted shale gas in bulk any sooner. The UK holds estimated shale gas reserves of 26tn cubic feet. But it also has a high population density. Many voters would fiercely resist a resumption of fracking.

Earthquakes triggered by fracking are much smaller than the big, natural kind. A quake of the latter sort in Japan this week brought its own political aftershocks. The 7.4-magnitude event has weakened a push by Prime Minister Fumio Kishida to fire up nuclear plants again. Spiralling energy prices previously strengthened his campaign. Lex is accordingly bearish on utilities such as Tepco.

International payments became a weapon of propaganda this week. Faced with the damaging possibility of defaulting on sovereign debt, Russia claimed to have remitted $117mn in interest payments to a US bank. The implicit brag was: “Short of hard currency? Not us!” The explicit message was that only US sanctions authorities stood in the way of international investors collecting their coupons.

For the most part, Russia is taking a drubbing on the business front of the propaganda war. British directors of Evraz, the London-listed steelmaker controlled by Roman Abramovich, bailed out this week in the wake of sanctions on the oligarch. Lex called on non-executives still clinging to Russian board seats to do the decent thing and give them up.

The stampede out of Russian business was also reflected in the decision of the Bermuda Civil Aviation Authority to freeze the airworthiness certification of Russian-operated aircraft. That adds to downward pressure on these machines as collateral for aircraft financing deals. This could amount to a problem for financial authorities in Ireland, an international centre for aircraft financing.

There can of course be no clean break between Russia and the west while Germany and Italy remain largely dependent on Russian gas. However, the split is an increasingly stark one at a political and financial level.

The big question I will leave you with is this: which side will China end up on? Lex alluded in a note on Chinese stocks this week to the possibility of the US hitting China with escalating sanctions if it throws in its lot with Russia. This morning, the lead story on FT.com described US president Joe Biden threatening his Chinese counterpart Xi Jinping with that very outcome.

Welcome to the tri-polar world.

By the way, Bulgakov’s traumatic experiences as an army doctor through the turmoil of the Russian Revolution and Ukrainian-Soviet war made him entirely cynical about politics and politicians. But the bleak setting of The White Guard — a war raging through the outskirts and then city streets of Kyiv — only serves to highlight the redeeming loyalty to friends and family that sustains the protagonists.

Enjoy your weekend, whoever you’re spending it with,