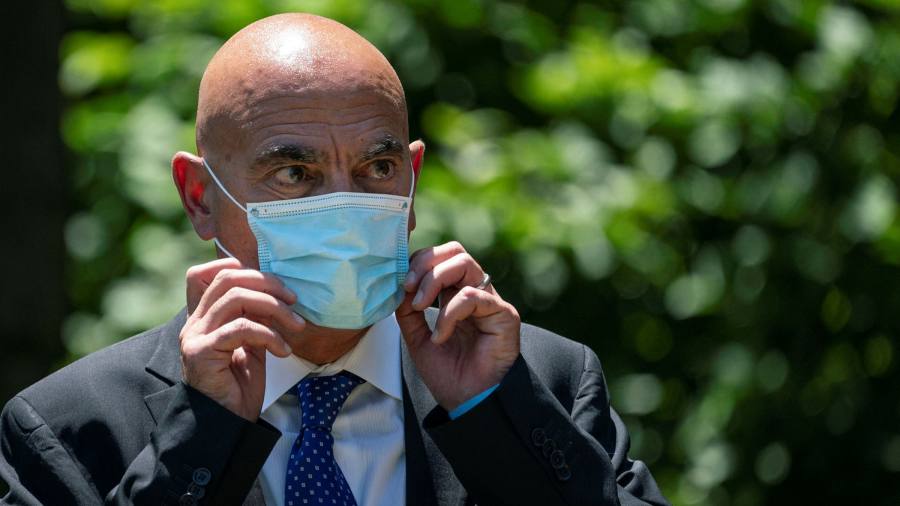 GlaxoSmithKline’s former head of research and development has been forced to hand back $3.9mn in cash to the UK drugmaker, after being accused of sexual harassment and inappropriate conduct towards an employee.

Moncef Slaoui, who led the US Covid-19 vaccination programme Operation Warp Speed, agreed to return the proceeds from the past stock incentives in December. In its annual report published on Friday, GSK’s board said it had applied “clawback provisions” under its recoupment policy.

The recoupment guidance addresses non-compliance with company policies and does not imply any admission of wrongdoing, according to a person familiar with the matter.

GSK said last year that an investigation by a law firm had substantiated the sexual harassment allegations about incidents which occurred several years before. Grace Speights, a partner at Washington-based law firm Morgan Lewis, known for her work in #MeToo misconduct in the workplace cases, led the probe.

When the claims were made in February 2021, Slaoui had already left most of his positions at the company. He then resigned from his remaining post, as chair of a joint venture with Alphabet’s Verily, Galvani Bioelectronics. GSK also stripped his name from its vaccines R&D facility.

Slaoui did not comment on Friday. Last year, he said he would like to apologise “unreservedly” to the employee concerned and was “deeply sorry” for any distress caused. He took a leave of absence from his professional responsibilities, including stepping down from European venture capital firm Medicxi.

“I have the utmost respect for my colleagues and feel terrible that my actions have put a former colleague in an uncomfortable situation,” he said at the time.

Slaoui’s total GSK stock options were reported to be about $10mn when he joined Warp Speed in 2020.

Slaoui played an important role investing in nascent Covid-19 vaccines and securing large advance contracts for the US. Previously on the board of vaccine maker Moderna, he resigned and sold $12.4mn of stock after his taking the post at Operation Warp Speed sparked concerns about a conflict of interest. He gave investment gains made during his early days at the vaccination initiative to charity.

GSK did not comment on its annual report. Last year, it said in a statement that Slaoui’s behaviour was “wholly unacceptable”.

Separately, GSK has revamped its bonus policy for executives, cutting the potential rewards when the company underperforms, but offering more if it outperforms its peers.

Under the new regime, chief executive Emma Walmsley’s overall remuneration package would still be in the bottom quartile of global pharmaceutical company CEOs if she achieved exceptional performance.

Walmsley has been under pressure from activist investors to improve GSK’s drug pipeline. The company is preparing to spin-off its consumer health business in July, allowing it to focus on pharma and vaccines.