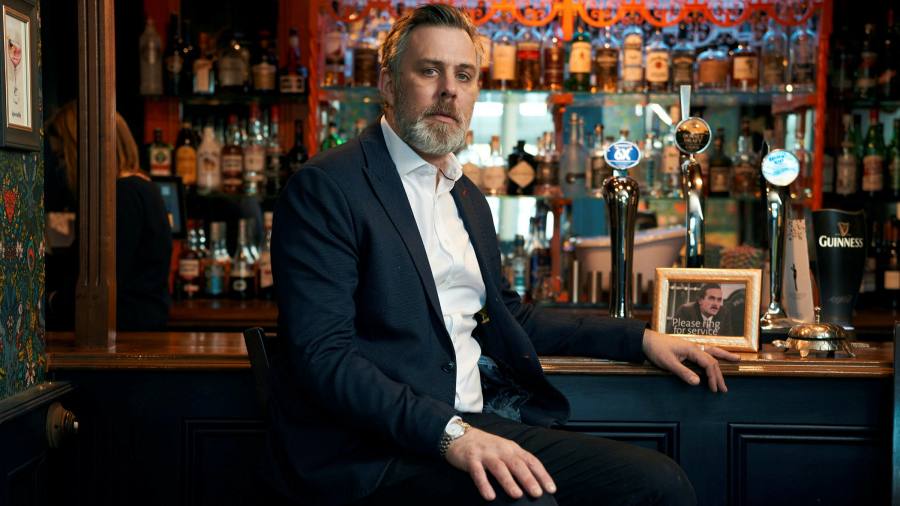 Jon Fletcher, general manager of the Grange Hotel near Sherborne in Dorset, was told last week by his drinks supplier that prices would rise by an average of 12 per cent this year, the latest in a punishing round of cost increases.

“Everything is going up,” said Fletcher, who has had to cover similar rises in laundry costs and wages, and has been warned of a substantial increase in his energy bill. “It all adds up; some of it is very big.”

British companies have warned that their recovery from the pandemic risks being dented by rising inflation as they wrestle with the dilemma of what proportion of the costs can be passed on to consumers.

Glenn Turner, owner of Gloucestershire-based Brightfusion, which makes scientific toys and engines, was forced to put up prices last year by 6 per cent — the first increase on some products in 20 years. He is already planning the next rise for later this year.

“You worry about how the price increase impacts your sales — and ultimately your business,” said Turner, who also runs Maidenhead-based Kontax Engineering.

“I have never before experienced price increases coming from all parts of the business . . . supplies, postage, wages, energy, it’s across the board. We know we have tax increases coming in future too. I am making a loss on some products owing to the increase in costs.”

UK inflation rose to 5.4 per cent in December, the highest rate in 30 years. This has been driven by a broad range of factors, according to economists, but underpinned by policy decisions by central banks to keep rates low and pump cash into economies to help mitigate the effects of the pandemic.

The inflationary pressure from the resulting consumer and corporate spending has been exacerbated by the energy crisis, a labour shortage that has pushed wages up and global supply chain disruption that has triggered higher costs for shipping and distribution.

Steffan Ball, UK chief economist at Goldman Sachs, said the bank had revised up its estimates for inflation this year from 5.7 per cent to 7.2 per cent. “It’s a significant increase and it will be felt. We now assume the Bank of England will hike rates in February and May.”

Inflation is a key risk to the economic recovery, according to Tony Danker, director-general of the CBI business lobby, and has become most companies’ top concern.

“Input costs have been followed by higher wage expectations and taken together with energy prices, something has to give,” said Danker, who called on ministers to help smooth the “cash flow crunch” for small businesses and take action on energy costs.

“Either this means yet more price rises and a bigger hit to the consumer, or it means less investment from falling margins and a worsening supply side.”

Different industries are being affected by a variety of cost increases — from wages in the hospitality industry to raw materials and shipping in manufacturing and retail.

Russell Weston, managing director at Snowbee, a Plymouth-based design and manufacturing company specialising in fishing tackle, said the biggest expenditure item was the “exorbitant” charges being levied by shipping companies.

“They are all charging whatever they can get away with,” he said, pointing to the cost of bringing a container from Asia rising from £1,650 before the pandemic to £9,500.

Energy costs have doubled, he added. “It’s absolutely crippling. It affects every single consumer good coming into this country and it will go down to the consumer. There won’t be any more cheap fridges.”

But companies can only pass on part of the increased costs, according to Fletcher. “We will put prices up but it’s difficult to raise food and beverage to a level that would absorb the costs. People will only spend so much on a pint.”

Inflation is hitting businesses regardless of size, although many bigger companies can withstand the price shocks better than smaller rivals that have fewer financial resources and are often less able to pass on price increases to consumers.

A survey carried out by Iwoca, the small business lender, found that nearly three in four small business owners said inflation was a top economic concern in 2022.

Still, results this month from large listed British companies have started to show how broad the impact of sustained higher prices will be on UK plc.

Retailers from Sainsbury’s, DFS and Dunelm to Topps, B&M and Asos have warned over operating costs inflation. M&S said that food inflation rose from 2.7 per cent in the 12 weeks to December to 3.5 per cent in December itself, but added that it had not yet passed much of that on to customers.

Clothing retailer Next warned that prices would rise by up to 6 per cent in the second half of the year because of shipping costs and wage inflation. Topps Tiles said it had started to pass on costs caused by higher shipping costs and inflation in goods but “as selling prices will increase by a lower percentage than cost prices, we do expect percentage gross margins to be moderately lower”.

The hospitality sector is also suffering. Greggs, the bakery chain, said that inflationary pressures from both ingredients and labour mounted towards the end of 2021 and were likely to remain high in 2022. Whitbread, the hotels and restaurants group, said it expected inflation of 7 and 8 per cent on about £1.4bn of its costs. Construction is also under pressure, with housebuilder Persimmon warning of material prices rising by more than 5 per cent.

Investors worry that rising inflation will mean earnings are hit or become worth less in real terms, leading to a slump in company valuations.

He warned about further pressure in the year ahead, with companies also needing to shoulder the burden of rising national insurance costs in April. “We’re in a world now where inflation is probably a lot more entrenched; it’s going to be difficult to shift.”