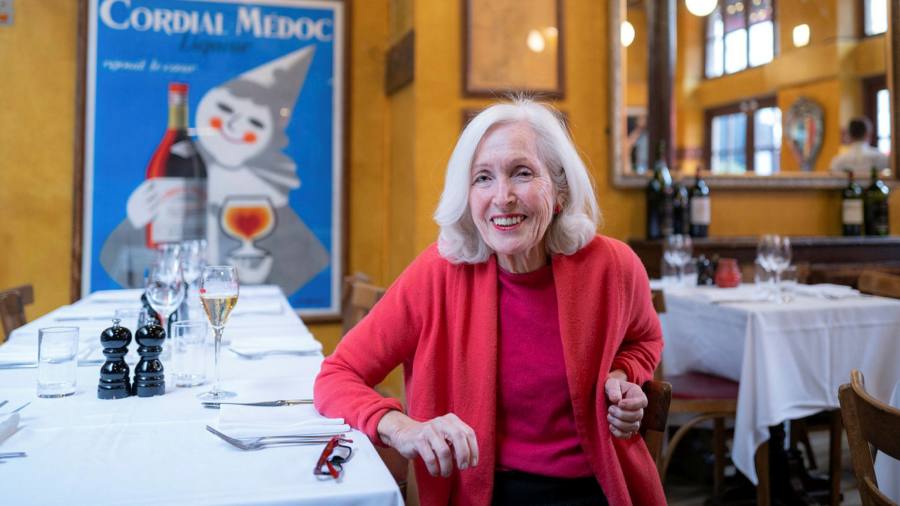 The Bleeding Heart bistro has served lunches to bankers, lawyers and local residents around the City of London for almost 40 years but Robyn Wilson, the owner, says she has never experienced such challenging trading conditions.

Energy bills have doubled but the restaurant has still not been able to fully open its premises since emerging from the pandemic due to a lack of staff. Wilson said she had had to increase wages 20 per cent, the price of chicken was up 30 per cent compared with last year and champagne cost at least 10 per cent more.

Moreover, the government has decreed that next month most of the final vestiges of government support schemes that sustained companies during the pandemic will end, just as a cost of living crisis escalates for consumers.

The 2008 financial crisis “was difficult in the City”, Wilson said. “People stopped spending as much at lunch, they stopped drinking good wine, but this is worse than that. At least people still went out to lunch and the costs were reasonable.”

Come April, Britain’s high street businesses are facing a crisis not seen in decades, executives and business owners said. Cost inflation is surging, the national living wage will increase 6.6 per cent to £9.50 per hour and employers will have to pay higher national insurance contributions.

Despite vociferous campaigning from industry bodies, a reduction in value added tax from 20 per cent to 12.5 per cent for hospitality business during Covid will be reversed and business rates relief will be tapered, leaving only very small businesses receiving any Treasury support.

Protection from insolvency measures is also set to end from April 1 and commercial tenants that have fallen behind on rent will once again face the prospect of eviction as a government moratorium on rent debt is lifted after two years. Many businesses are also repaying loans they were forced to take out during the pandemic.

Rain Newton-Smith, chief economist at the CBI business group, said that despite the recovery from the pandemic, the spiralling cost of doing business and the crisis in Ukraine, meant that chancellor Rishi Sunak’s Spring Statement “didn’t give firms the support they need to grapple with the challenges they face”.

Kate Nicholls, chief executive of trade body UKHospitality, described the VAT rise, tapering of business rates relief, employment costs and the end of both insolvency and rent arrears protections as a “quintuple cliff edge” for the sector.

“Businesses have a wall of costs and protections being removed, at the same time that customers are also feeling the pinch and confidence is fragile,” she said.

The economic confidence index compiled by the Institute of Directors collapsed from -4 in February to -34 in March, the lowest level since October 2020, the lobby group said on Thursday.

Roger Barker, policy chief at the Institute of Directors lobby group, said it was “a watershed moment for the economy and the government needs to step in”.

Nick Varney, chief executive of Merlin Entertainments, owner of Legoland and Madame Tussauds, described the end of relief schemes as “making a mockery of the sector’s hard-fought recovery and wrenching defeat from the jaws of victory”.

Businesses’ biggest cost is labour. Pubs, restaurants and shop managers were already fighting for staff thanks to an exodus from those sectors worst hit by the pandemic, and they now face even steeper wage inflation along with the increase in the national living wage.

Shevaun Haviland, head of the British Chambers of Commerce, said that the rise in national insurance “will pile another cost pressure on top of firms at a time when they can ill-afford to bear it”.

But property and energy bills will also start to bite as relief schemes end.

A 15-month holiday from business rates for retail and hospitality businesses during Covid started to taper in June last year and from April companies will only be able to claim 50 per cent of their business rates up to a cap of £110,000 per business — not per site.

“The new level of relief . . . is great if you’re an independent business with one shop and can get up to 50 per cent discount. If you’re a big business it’s very, very low, it’s virtually meaningless,” said Dominic Curran, property policy adviser at the British Retail Consortium, a trade body.

Meanwhile, an arbitration system designed by the government to settle outstanding disputes between landlords and tenants is unlikely to be a panacea for rent arrears, according to a number of businesses and property owners.

Melanie Leech, chief executive of the British Property Federation, which represents larger landlords, argued that few would use arbitration or force out tenants. But, she suggested, they could use the threat of robust action to compel tenants to agree a payment scheme for unpaid bills.

Overlaying all this are the rocketing costs and an increase in Covid cases keeping footfall low relative to pre-pandemic levels.

Four major hospitality trade bodies said this month that energy costs had increased by 95 per cent on average, while energy bills for a tenth of businesses had increased 200 per cent.

Analysis from the Federation of Small Businesses (FSB) showed a £10,000 increase in utility bills over the past year for a typical London-based business.

In response, the Treasury said it had “backed businesses throughout the pandemic with an unprecedented £400bn package of support”.

However, many businesses say they can do little except pass costs on to consumers even though they risk losing customers at a time when they need them most.

“We don’t see keeping prices down as a viable option . . . if you allow your gross margin to slip, you end up with nothing at the bottom,” said Peter Borg-Neal, executive chair of Oakman Inns.

Some smaller business owners have already given up. Dawn Burton, who runs a Caribbean catering and food delivery business in south London, said she has decided to stop both at the end of this month because costs had “gone up so much I can’t sustain it”.

Wilson said she had put prices up by around 10 per cent and was trying not to open the terrace, which has outside heaters and LED lights, unless there were enough customers to cover the cost.

FSB chair Martin McTague said that the soaring bills “will spell the end for many of the quarter of a million firms that say they are on the brink of collapse”.

“Whether it’s the care home bracing for an even higher tax bill because of the so-called health and social care levy, the electrician facing higher and higher charges to fill up to complete urgent jobs, or the restaurant which, after two years of trading restrictions, is trying to rebound as energy and food prices rocket, small firms right across the piece are in urgent need of support,” he added.

This article has been amended to reflect that the arbitration system for landlords and tenants is now functioning, and the spelling of Dawn Burton’s name