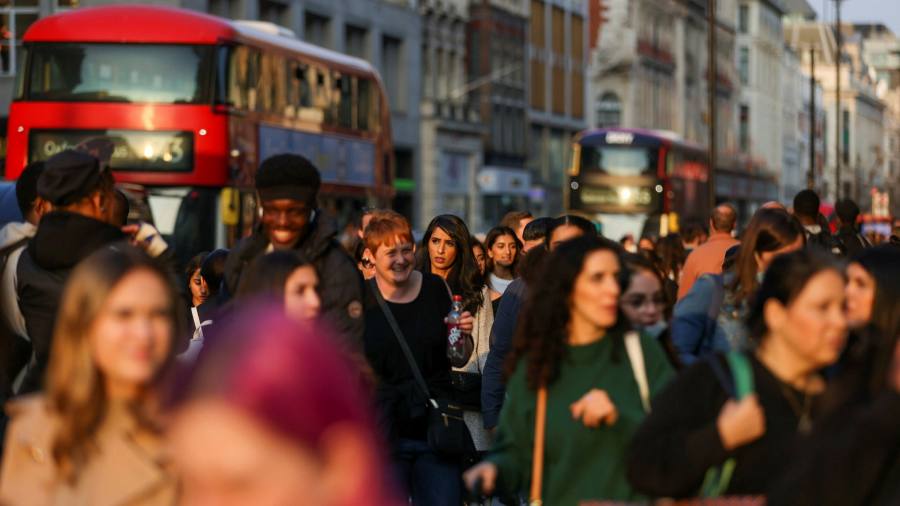 British consumers are in a funk. Figures from the monthly GfK survey pinned confidence at a 17-month low and flagged a “wall of worry”. Retail sales fell 0.3 per cent by volume between January and February when economists expected a decent increase, according to data released on Friday.

Across Europe, consumers squirrelled away savings during the pandemic and there are plenty of reasons to turn once more to thriftier habits. Inflation is at 30-year highs, rapidly outpacing growth in wages; higher taxes and hefty fuel bills further erode disposable incomes. The Resolution Foundation, a think-tank, reckons on high single-digit inflation in the upcoming fiscal year, slicing £1,000 — 4 per cent — off the typical real household income.

This week’s Spring Statement will hardly put a bounce in the step. A higher starting threshold for national insurance, says the government, will save the typical worker £300. Higher food and heating bills will quickly eat away at that. From April 1, energy bills will go up by £693 a year to £1,971 (only partially covered by a repayable discount).

Retailers brace for a sharp deceleration to the post-pandemic spending boom. Consumers who rushed to buy new clothes for returning to the office are more cautious. Next, the high street retailer, last week warned of an 8 per cent rise in prices in the second half of the year. Sales of pre-owned clothes, meantime, are booming.

Purveyors of bigger, bulkier items that were in demand when people switched to working at home, such as furniture and white goods, grapple with heightened shipping costs. Those have hit the DIY sector as well. Last year proved a bonanza, with Wickes more than doubling income and Kingfisher posting a record £1bn operating profit. The latter now sees earnings falling away.

It is not all gloom. Some pandemic savings remain. We are at least going out more and socialising; a recent Bank of England pulse-take noted a “rapid pick-up” in demand in leisure, hospitality and entertainment. With a sunny weekend on the horizon, hostelries’ tills should be kept ringing as customers ignore their thinning wallets.

If you are a subscriber and would like to receive alerts when Lex articles are published, just click the button ‘Add to myFT’, which appears at the top of this page above the headline