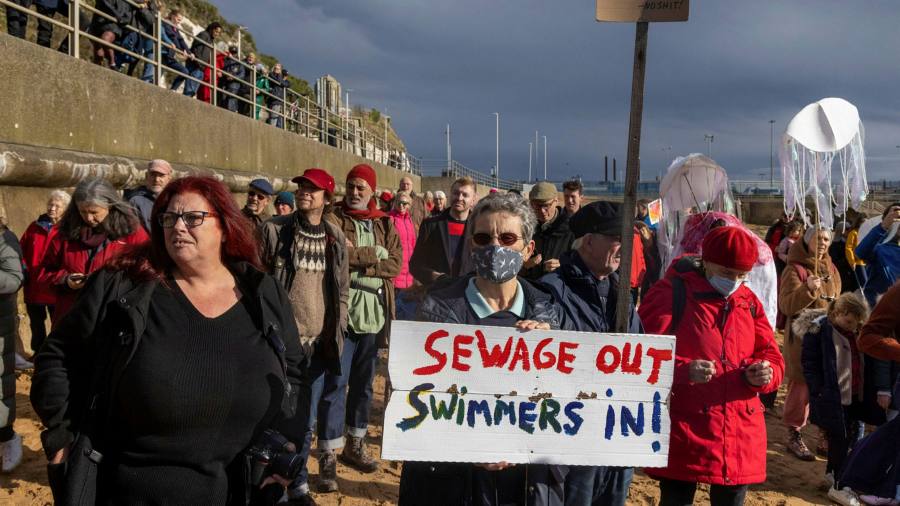 Britain’s privatised water companies should link executive pay to performance on a range of measures including sewage pollution, according to the industry regulator Ofwat.

In a letter to company boards, interim chief executive David Black said water providers need to ensure their chief executives are not given pay packages that “reward poor performance”.

“Companies’ performance in some areas, most notably on the environment, risks eroding trust and confidence in the sector,” Black wrote in a letter sent on Friday.

The move was backed by the department for environment, food and rural affairs, which said it “fully endorsed Ofwat’s expectations of water company remuneration committees”. “Holding a monopoly license to provide water and wastewater services is a privilege,” it said.

The warning from regulators comes amid a growing public outcry over the water monopolies in England and Wales, which are accused of enriching investors and senior executives but failing to adequately invest in infrastructure.

Just 16 per cent of coastal waters and rivers meet the minimum good ecological status, according to the latest data from the Environment Agency, which is investigating whether companies have breached legal limits on sewage outflows.

Southern Water, which received a record £90mn fine last year for deliberately dumping billions of litres of illegal sewage into coastal waters and rivers between 2010 and 2015, paid its chief executive Ian McAulay £1.08mn in 2021, including a £550,000 bonus.

The period covered by the fine predated McAulay’s tenure but the Environment Agency has also launched an investigation into pollution incidents in subsequent years.

The pay levels at the privatised water monopolies contrast with Scottish Water, which remains in state hands and whose chief executive, Douglas Millican, received £378,000 last year.

Ofwat, which is seeking a new chair and chief executive, said any decisions over pay should be backed up by “robust and clear explanations that are accessible to the public”.

“As a monopoly provider of an essential public service, customers and society expect the highest standards of corporate governance, including that legitimate concerns of stakeholders are taken into account, when making decisions on the application of remuneration policies,” Black said in his letter.

He pointed to guidance from the Financial Reporting Council that tells remuneration committees to use “discretion and judgment” and the “need to ensure that pay outcomes should not reward poor performance”.

Water UK, which represents the industry, said it agreed with Ofwat’s focus on customer service. “To achieve this, and meet government targets, we need regulation to take a long-term view of the sector and allow increased investment to help address the acute challenges posed by climate change and population growth.”

Research by the Financial Times showed investment in the sewage and waste water network has fallen by almost a fifth in the past 30 years, from £2.9bn a year in the 1990s to £2.4bn now. Over the same time the companies — which were privatised with no debt and handed £1.5bn — have borrowed £53bn, the equivalent of around £2,000 per household, much of which has been used to pay £72bn in dividends.