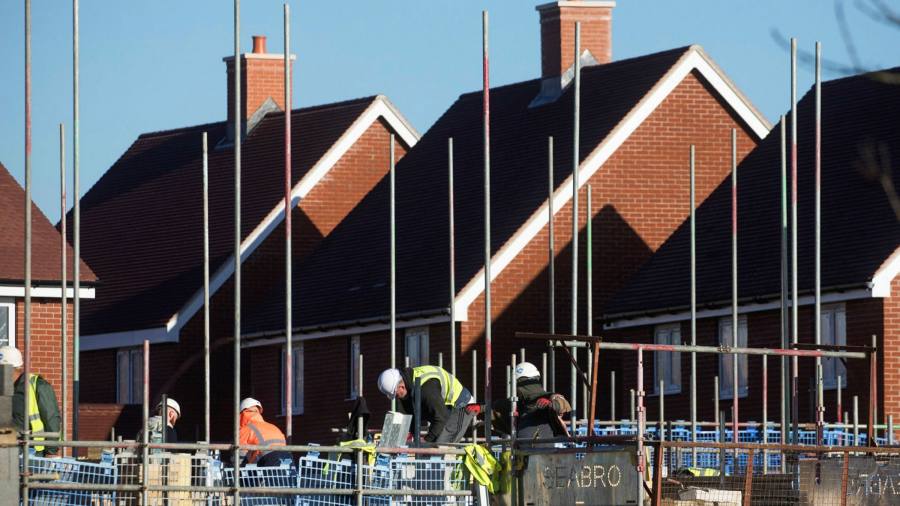 A San Francisco-based investment fund has broken cover with an approach to take one of the UK’s top housebuilders private in a £1.5bn deal which it claims is driven by social purpose as well as returns.

Inclusive Capital Partners, or In-Cap, revealed its approach for developer Countryside Partnerships on Monday, going public after being rebuffed twice by the company’s board.

In-Cap has built up a roughly 9 per cent stake in the company, making it the second-largest shareholder after Browning West, which has previously lobbied Countryside for a shake-up and now has a presence on the board.

Jeffrey Ubben, founder and managing partner of In-Cap, said he launched the investment vehicle to “prove that stakeholder capitalism could work; that environmental, social and governance imperatives were the new value driver”.

Ubben previously founded ValueAct and built the business into a $16bn hedge fund. He has promised a friendlier approach to activist investment.

“We want to be a responsible owner that delivers homes on time. Not one of these private equity funds that puts a lot of debt on companies,” he said.

Countryside, he added, “is a perfect match for us. It has prospered for 30 years by executing on a stakeholder model: working with the government and partners to rebuild neighbourhoods with quality, affordable homes.”

But the business had lost its way, said Ubben. Countryside, which did not immediately respond to a request for comment, has struggled over the past year, with ambitious growth plans running aground and the company missing out on the housing boom which benefited other builders.

A profit warning in January exposed operational issues at the company and led to the departure of former chief executive Iain McPherson.

That warning and the ensuing collapse in the group’s share price has left it open to a takeover approach, according to Clyde Lewis, an analyst at Peel Hunt.

“The [housebuilding] sector is down 24 per cent year to date, [Countryside] is down 50 per cent before today; that’s what’s opened them up,” he said.

In-Cap’s offer is at 295p a share, a premium of about 25 per cent to Friday’s closing price. But Lewis said that a successful bid would likely have to be in excess of that.

“It’s not going to get the deal done, not unless the market absolutely tanks . . . I suspect they will have to get a lot closer to 350p, maybe even more than that. The 12-month high is 572, virtually double the offer. This for me is an opening salvo,” he said.

Shares in Countryside were up 20 per cent to 287p in midday trade.