Virgin Hyperloop axes half its staff to focus on freight 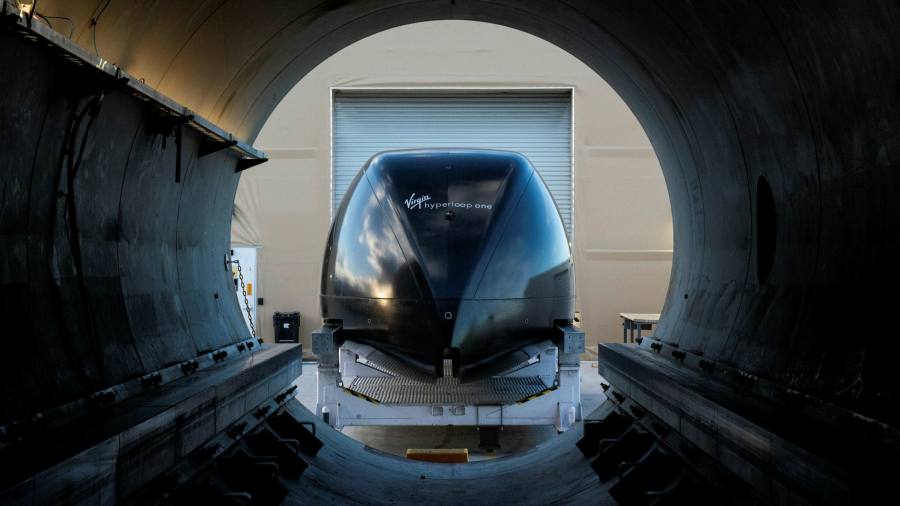 Virgin Hyperloop has made almost half its staff redundant as the company developing the high-speed transport system pivots from passenger travel to freight.

The US company said 111 people were laid off on Friday as it refocuses on delivering a cargo version of the experimental transport system, which propels pods through low-pressure tubes at speeds of up to 670mph.

Two of the people who lost their jobs told the Financial Times that the lay-offs were announced via video conference. One said the scale of the cuts was “definitely not expected”.

“It’s allowing the company to respond in a more agile and nimble way and in a more cost-efficient manner,” Virgin Hyperloop told the FT. “These types of decisions are never taken lightly.”

The company is “changing direction”, it added. “It really has more to do with global supply chain issues and all the changes due to Covid.”

Virgin Hyperloop said the logistics market had changed “dramatically” and that it was responding to strong customer interest in a cargo-based service.

Virgin Hyperloop, which has raised more than $400mn in funding, is the only company to have completed a successful test run with passengers using the technology.

The system builds on existing technologies of vacuum tubes and magnetic railways, with a view to cutting land-based travel times drastically and boosting the efficiency of freight transportation.

Government-owned DP World, which has a 76 per cent stake in Virgin Hyperloop, is working on a hyperloop-enabled cargo system to deliver freight at “the speed of flight and closer to the cost of trucking” by connecting with existing road, rail and air transport.

But since its inception, critics have cited the high costs of bringing the system to market even if it wins regulatory approval.

Internal turmoil followed the departure of Virgin Hyperloop co-founder Josh Giegel last year, triggering a “massive talent flight” as other executives quit the company, according to one former senior employee. “Morale is low and there is no confidence in the new direction.”

Shunning passenger transport had triggered a “complete unravelling” at the group and would put its sole contract with the Saudi government in jeopardy, the person said.

But DP World said the Saudi government saw “great value” in the cargo option, contemplating a route linking the western port city of Jeddah with the capital Riyadh and beyond to the Gulf states on the east of the Arabian Peninsula.

Virgin Hyperloop is in discussions with 15 customers over delivering a pallet-bearing version of the technology, DP World said.

Profits from successful sales of the cargo version, which it said could be ready in about four years, could be reinvested into a launch of the passenger version by the end of the decade.

“It’s abundantly clear that potential customers are interested in cargo, while passenger is somewhat farther away,” DP World said. “Focusing on pallets is easier to do — there is less risk for passengers and less of a regulatory process.”

The company is also considering a merger with a special purpose acquisition company, or Spac, two people briefed on its strategy said. Virgin Hyperloop, Virgin Group and DP World declined to comment on any plans.

Virgin Hyperloop said it “continues to invite long-term investors who share our vision for the future of transportation”.

The focus on cargo raises questions about the long-term involvement of Virgin Group. But two people familiar with the matter said its commitment remained unchanged, despite Branson previously citing his company’s experience in running passenger transport businesses as a reason for its interest.