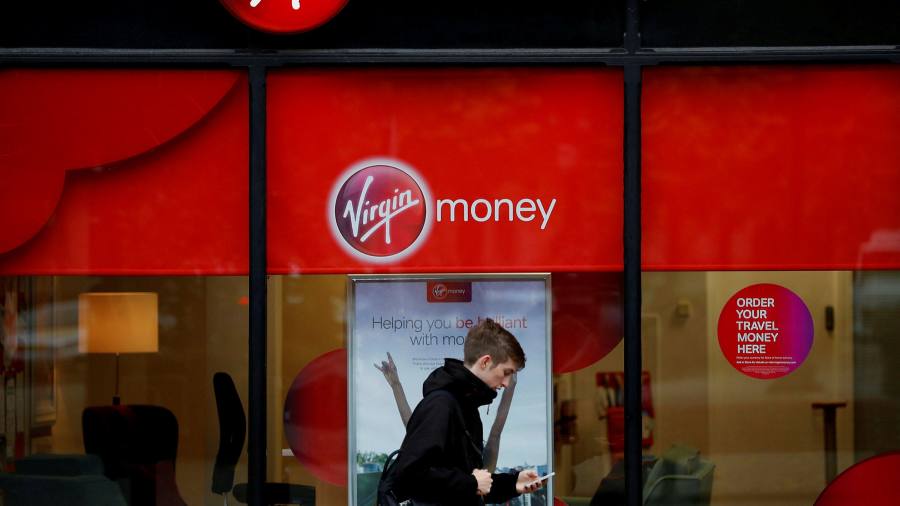 Virgin Money has predicted a strong year ahead as the UK economy recovers, despite the end of the stamp duty holiday and competition causing the bank’s mortgage book to shrink in the final quarter of 2021.

The FTSE 250 group reported a 0.7 per cent year-on-year fall in its mortgage balance to £57.8bn in the three months to December 31, compared with analysts’ estimates of a 1 per cent increase.

Housing demand in the UK has remained high despite property prices showing the strongest start to the year since 2005, supported by a strong labour market. However, this is expected to slow in 2022 due to rising interest rates driven by inflation pushing up borrowing costs, with several lenders increasing mortgage rates late last year.

Virgin Money forecast that its net interest margin — the difference between the interest a bank receives on loans and securities investments and the rate it pays for deposits — would increase from 1.7 per cent to 1.75 per cent in 2022.

It said that this reflected expectations of Bank of England rate rises, along with falling costs and a strong capital position.

As well as the end of the stamp duty tax break in September and pressure from rivals, David Duffy, chief executive, said the smaller mortgage book reflected the lender’s own effort to reduce its exposure to that part of the market. “We’ve done it smartly to protect margins but broadly maintain market share — it’s reaching a good balance now.”

Benjamin Toms, director at RBC Capital Markets, said that the fall in mortgage balance reflected a deliberate strategy. “I don’t think the weakness in the mortgages is a function of weakness in their brand. It’s more them choosing to turn off the taps because they want to keep their net interest margin stable.”

Unsecured retail lending experienced the most significant growth in the quarter, rising 9 per cent year on year to £5.6bn. Virgin Money said this was primarily driven by credit card spending as customer confidence returned towards pre-pandemic levels even in the hardest-hit sectors such as travel.

The bank said that it had been boosted by new digital offerings via its credit card app, including an instalment lending service that would compete with “buy now, pay later” providers.

However, lending to small and medium-sized businesses fell 7 per cent year on year to £8.3bn. Virgin Money said this reflected concern over potential lockdowns in December due to the Omicron coronavirus variant but that confidence had improved last month.

The group’s common equity tier one ratio, a measure of balance sheet strength, was 15.2 per cent compared with 13.9 per cent a year earlier and consensus estimates of 14.7 per cent. Its net interest margin for the quarter rose 25 per cent year on year.

Shares in the UK bank were flat in afternoon trading, having advanced almost 45 per cent over the past year.