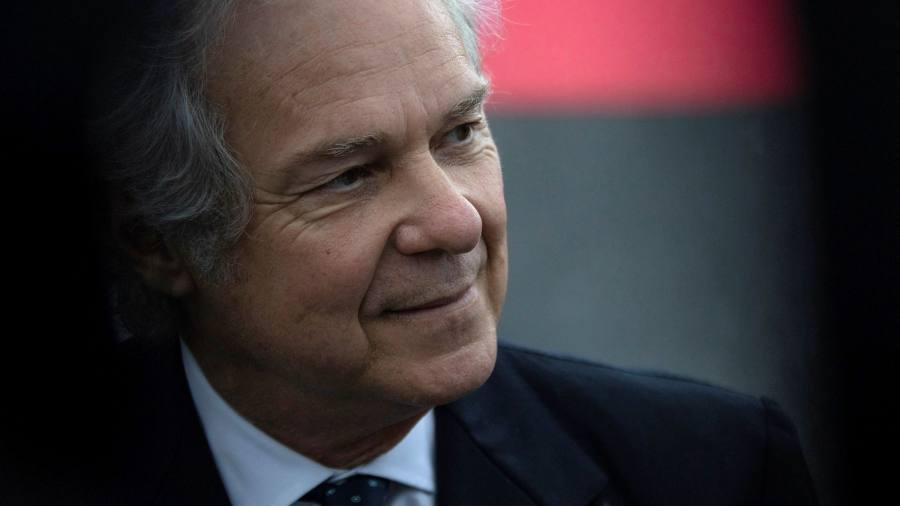 Italy’s €200bn post-Covid recovery fund is its last chance to solve its structural weaknesses and rebuild its industrial power, according to the head of the country’s largest infrastructure group.

Pietro Salini, chief executive of Milan-listed WeBuild, described the EU-funded “national recovery and resilience plan” as a historic opportunity for the country to improve public administration, pass reforms and upgrade infrastructure, especially in the south. The plan is part of the €800bn Next Generation EU fund, of which Italy is the biggest beneficiary.

However, Salini also said that the EU’s focus on the transition to cleaner energy would be challenging. “The reduction of our carbon footprint is harder for Italy compared to other countries because unfortunately our economy is [gas dependent],” Salini told the Financial Times.

“We have to unhook energy prices from gas but we must also aim for realistic renewable energy sources, which can cater to our industries . . . solar and wind can’t be those sources.”

“And to rule out recourse to nuclear energy is crazy,” he said. In a referendum in 2011, Italy voted to block the restarting of its nuclear power programme.

Salini, who is 63 and has led the company, which was founded in the 1930s by his grandfather, since 1994, said WeBuild had increased its activities in Italy spurred by the plan.

The group, which took over Italy’s other two main construction companies Impregilo and Astaldi in 2011 and 2020, respectively, operates across five continents and employs more than 35,000 people worldwide.

It has developed projects including the Paris metro expansion, the Houston to Dallas high-speed railway in the US and the Brenner tunnel between Italy and Austria.

At the end of 2021, it unveiled the new Genoa bridge which it rebuilt after the old bridge collapsed in 2018, killing 43 people.

Salini said the company would recruit more than 9,000 people in Italy in 2022 as projects were agreed and EU funding released. Italy accounted for 10 per cent of the group’s annual revenues in 2018, compared with 22 per cent of its €5.8bn of revenues in 2020.

“The recovery plan envisages strategic projects worth more than €100bn. There’s a great effort on [southern Italy’s development] and on infrastructure,” Salini said.

“Denmark has multiple bridges that connect the island to the mainland. We don’t have a single one that connects Sicily to the rest of Italy,” he added.

A three-kilometre bridge across the Strait of Messina to connect Sicily and the mainland has been a subject of debate for decades in Italy, and Rome is currently looking at its feasibility.

“It currently takes a whole day to travel [by road or rail] from Sicily to Milan. Obviously, this is a big limit and for the first time in 70 years there can be a thorough reorganisation,” he said.

Salini also called for rules and regulations to be simplified. “Businesses can be the drivers of change, but the public administration must be proactive in its support. The legislation and bureaucracy cannot be used to effectively put the brakes on projects,” he said.

But Salini is confident, nonetheless, of positive results. “I see a generalised willingness to succeed. And we benefit greatly from the credibility of [prime minister] Draghi and [president] Mattarella.”