What now for Peltz-powered Unilever? 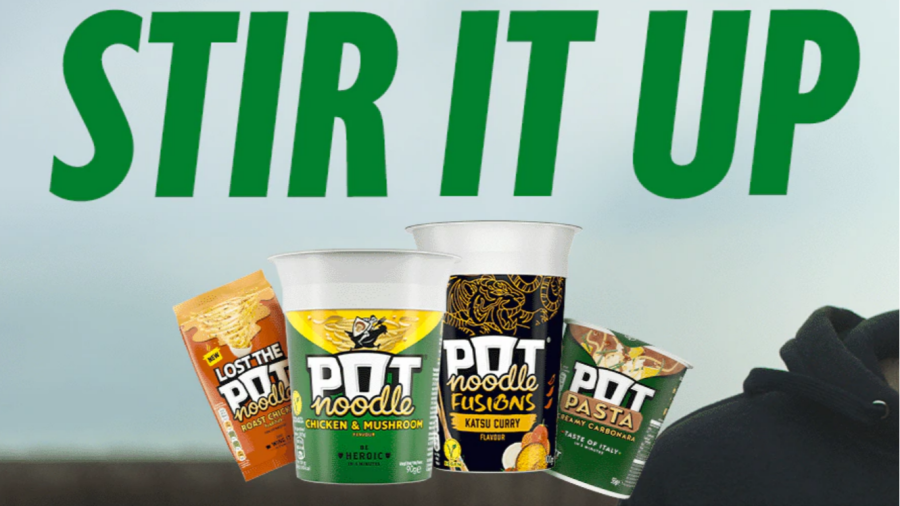 Unilever PLC today announces the appointment of Nelson Peltz as a Non-Executive Director of the company and as a member of its Compensation Committee . . .

Nils Andersen, Chair of Unilever, said: “We are pleased to be welcoming Nelson to the Unilever Board. We have held extensive and constructive discussions with him and the Trian team and believe that Nelson’s experience in the global consumer goods industry will be of value to Unilever as we continue to drive the performance of our business. We look forward to working closely together to create long term sustainable value for our shareholders and wider stakeholders.”

Nelson Peltz said: “I am delighted to be joining the Board of Unilever. We believe it is a company with significant potential, through leveraging its portfolio of strong consumer brands and its geographical footprint. Trian has made a considerable investment in Unilever. We look forward to working collaboratively with management and the Board to help drive Unilever’s strategy, operations, sustainability, and shareholder value for the benefit of all stakeholders.”

The FT had revealed in January that Peltz’s Trian Partners had taken a stake in Unilever, though the speculation had started some months before. Peltz, having just spent four years fixing Procter & Gamble’s “suffocating bureaucracy” from the inside, always looked likely to want to repeat the trick at the no-longer Anglo-Dutch conglomerate.

What now, though? The quotes above about “extensive and constructive discussions” might be politeness that wouldn’t be afforded any other investor with a position the size of Trian’s (approximately 37.4mn ordinary shares, or about 1.5 per cent of the total). Being listened to is one lasting benefit to having run the most expensive proxy contest ever.

The most radical call from here would be to force a sale or demerger of Unilever’s £50bn-ish valued foods and refreshments division. That would be a repeat of Trian’s playbook in Cadbury, whose drinks spin-off provided the invitation for Kraft Foods to launch its hostile bid.

If Peltz is lobbying in that direction then it would likely be in conflict with Unilever CEO Alan Jope, whose rote answer about any break-up is that there are “no immediate plans”. So is Jope’s job safe? In short, no.

Unilever’s misjudged tilt at GlaxoSmithKline’s consumer health division destroyed what little goodwill he had with some shareholders, who were already complaining about an unfortunate run of communications bungles. Nevertheless, the restructuring that began with the 2020 Rotterdam withdrawal and shareholder class unification might buy Jope time, as may his on-trend preaching about stakeholder values.

(Then again, Peltz’s big ESG concerns seem to relate to kids with phones and whether his Amazon Echo spying on him, as befit a man who will be 80 this month. The New York City Comptroller wrote to Andersen in April to register concerns that Trian would seek to dilute Unilever’s approach to sustainability and workers’ rights. But since ESG has been of little demonstrable value to Unilever shareholders it’s not the strongest of job defences.)

Using P&G as the precedent, analysts are predicting evolution not revolution. Unilever’s 6 per cent gain at pixel time probably reflects not much more than a credibility boost for the board and a bit of short covering among hedge funds that are short European consumer stocks. Here’s Morgan Stanley to run through the options:

Execution: Despite Unilever’s 60% EM exposure, its organic sales growth has not outperformed EU Staples in recent years, and has been broadly flat net of CPI, per our analysis. Unilever’s track record in creating value through acquisitions has also been mixed. We believe the company has some strong brands in relatively attractive categories. Refocusing resources on where it has a competitive advantage could unlock growth.

Capital allocation: Since 2015, Unilever has deployed >€16bn M&A capital but its top-line growth is yet to structurally improve. During this time, the company’s capex spending has come down materially (-39% from 2015-21, or -160 bps as % of sales), suggesting a reallocation of capital from the existing business to pursuing external growth. We also note that prestige beauty is still just [low single-digit] % of Group sales, despite being a key area of focus for management since 2015. Following its rejected £50bn bid for GSK CH earlier this year, we would expect investors to scrutinise Unilever’s capital allocation strategy more closely.

Portfolio. We are less negative about Unilever’s portfolio than some investors. Based on Euromonitor data, we estimate that Unilever’s end-markets grew at around 4-4.5% over the last 5Y — in theory, growing in line with its categories could accelerate Unilever’s organic sales growth from the ~3% in recent years. That said, we think careful portfolio management could unlock further upside (as has been the case with Nestlé since 2017). Note that in January Unilever stated a desire to materially expand its presence in Health, Beauty and Hygiene areas.

There was no single fix for P&G. And like Unilever, P&G had a turnround plan in place before Trian turned up. CEO David Taylor’s 2016 presentation to the Consumer Analysts Group of New York had signposted everything that changed over the next four years. Trian’s 2017 white paper, Revitalizing P&G, says little that was not already part of Taylor’s strategy. Peltz’s influence since forcing his way on to the P&G board in November 2017 is therefore difficult to isolate. The main credit he gets from industry watchers is in sharpening up P&G’s brand portfolio management.

Unilever isn’t identical to P&G, with 60 per cent of sales coming from emerging markets and less than 20 per cent from the US. (P&G’s split is approximately 40-40.) Unilever restructurings have been perpetual rather than transformational (the post-share class unification one is framed around five business groups). Its big problem with brands has been letting the existing portfolio moulder while throwing too much at acquisitions (€16bn spent for zero EPS benefit).

“Unless there is a meaningful step up in investments and changes to management compensation towards growth we worry that the restructuring will in effect kick the can a few years down the road,” said JPMorgan in February. But with input cost inflation running hot and consumer sentiment turning cold, it’s a difficult time to be raising capex and R&D spend.

Nevertheless, Bernstein analyst Bruno Monteyne says Trian’s timing might be opportune because much of the bad news is already out of the way.

Not only do the results/actions of Unilever look better, the fact that they have reset margins to around 16% (from previously targeting 20 per cent EBIT margins) creates an opportunity. Instead of rapidly recovering margins, if/ when commodity pressures ease off, or when the company has the time to pass them on to retailers, the company could be using those future profit tailwinds to invest more aggressively in the business. In other words: the commodity-induced margin pain may have given the pretext for a margin reset already.

Timing might also be great from a macro point of view: if we are edging towards a recession, companies like Unilever may have more resilience than other parts of the economy. The fact that valuation is not that demanding (ie part of the value segment in EU staples), makes for a good entry point.

But what about a really dramatic solution? Unilever turns Pac-Man and merges with Kraft Heinz.

According to a recent note from Exane BNP Paribas, there might be sense in Unilever folding its food and drinks business into Kraft Heinz. The UK side would become a pure-play soap maker. The cash raised from a US spinco could fund another bid for GSK’s consumer arm, which is now known as Haleon and due to float on the London Stock Exchange in July.

Kraft has a market cap of $46bn, having slumped more than 60 per cent since its rejected £112bn bid for Unilever in 2017. The same logic holds about putting Kraft’s US-heavy business together with Unilever’s EM-reliant one. And Peltz knows the company well, at least in pre-merger form, having invested in Heinz between 2006 and 2011 and in Kraft between 2007 and 2013.

Would shareholders go for it? Investor pushback on integrating Haleon might be lessened if management isn’t also expected to find new growth markets for Bovril and Pot Noodle. But nothing at Unilever ever happens quickly — selling a tea brand took more than two years! — which makes a transatlantic bid-and-break-up look a very long shot even with Peltz agitating for change.

And as any long-term Unilever shareholder will tell you, it’s never wise to expect too much.