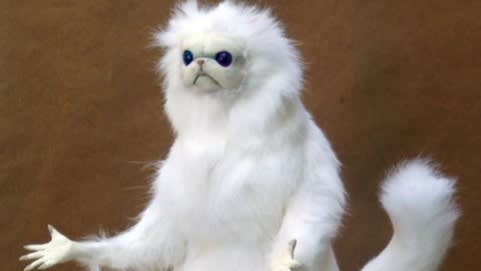 It’s tempting to sigh “it’s always Deutsche” on news that 50 German police earlier today raided DB and its asset management unit DWS over greenwashing claims. The reality is that the whole ESG edifice is a mess.

Here’s Bloomberg’s scoop on the raids:

DWS has been facing the allegations since its former chief sustainability officer, Desiree Fixler, went public with them in August, prompting regulatory probes in the US and Germany. While DWS has denied the claims, the raid adds to a list of regulatory and legal issues for Deutsche Bank Chief Executive Officer Christian Sewing just as he emerges from a successful turnround of the lender.

DWS shares fell as much as 4.6% on the news and Deutsche Bank declined as much as 2.3%.

Among other things, Fixler has said that DWS’s claims that hundreds of billions of its assets under management were “ESG integrated” were misleading because the label didn’t translate into meaningful action by relevant fund managers. DWS has since stopped using the label.

In a statement DWS said: “We have continuously co-operated fully with all relevant regulators and authorities on this matter and will continue to do so.” Of course, DB has some form when it comes to regulatory infractions, but if it is guilty of unlawful greenwashing then there are likely a lot of investment groups that should feel uneasy.

The problem is that ESG — as a whole, and each of the E, S and G individually — is an unholy mess of subjective assessments based on patchy arbitrary data that allows anyone to say they are ESG compliant.

Just the fact that over 3,000 investment groups with $103tn of assets have pledged to somehow “integrate” ESG into their process shows just how meaningless it has become. The broader a term, the more waffly it becomes.

A new paper from Florian Berg, Julian Kolbel and Roberto Rigobon from MIT/the University of Zurich highlights just how tricky it is to come up with an objective, rigorous ESG investing framework. The title is appropriate: “Aggregate Confusion.”

The paper, published by the Review of Finance earlier this month, examines the ESG ratings of KLD, Sustainalytics, Moody’s, S&P Global, Refinitiv and MSCI, and shows that correlations between then range from 0.38 to 0.71.

For comparison, the correlation between credit agency ratings is 0.92 when it comes to the longer-established, more quantitative but still subjective grades of creditworthiness.

The divergence is even stronger in subcategories than it is in aggregate. In other words, even the professionals that do nothing but judge ESG scores all day long cannot agree on what is good or bad. “This disagreement has several important consequences,” the three researchers note. Quite.

First, it makes it difficult to evaluate the ESG performance of companies, funds, and portfolios, which is the primary purpose of ESG ratings. Second, ESG rating divergence decreases companies’ incentives to improve their ESG performance. Companies receive mixed signals from rating agencies about which actions are expected and will be valued by the market. This might lead to under-investment in ESG improvement activities ex-ante.

Fourth, the disagreement shows that it is difficult to link CEO compensation to ESG performance. Contracts are likely to be incomplete, and CEOs may optimise for one particular rating while underperforming in other important ESG issues — that is, CEOs might hit the target set by the rating but miss the point of improving the firm’s ESG performance more broadly.

The paper explores what causes this “aggregate confusion” among ESG rating agencies. Basically, it comes almost solely down to what they measure, rather than how they weight different factors.

Measurement divergence is the major factor, accounting for 56 per cent of the confusion. This is about how ESG raters measure various things like sustainability or how inclusive a company is.

Scope divergence is another big factor, accounting for 38 per cent of the differing views. This is about what they measure. For example, one ESG rating agency might include lobbying activity, while others do not. Differing weightings methodologies account for just 6 per cent of the divergence.

The paper has other interesting points and findings, such as the “halo effect” of being strong in one ESG category leading to uplift in others. Its broad recommendation is for “greater transparency” and regulatory clarity and harmonisation.

But FTAV struggles to see how this would help. Sure, more transparency probably wouldn’t hurt. But if there’s one thing that history has shown us, it is that once the finance industry has a set of established rules, the gaming starts a nanosecond afterwards.