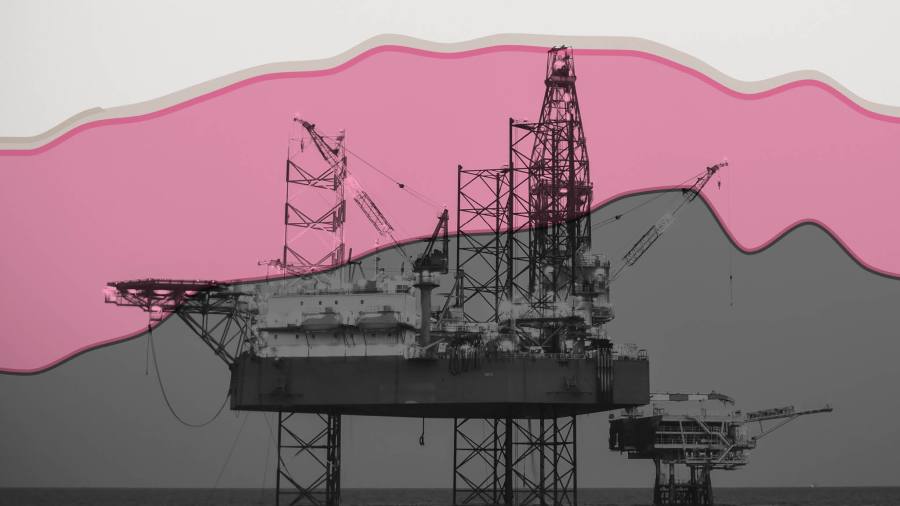 Boris Johnson is preparing to unveil an “energy supply strategy” to enhance the UK’s self-sufficiency as he looks to reduce imports of Russian oil and gas following the invasion of Ukraine.

But industry experts have warned the prime minister has few quick fixes. For some, the energy crisis, which has exposed households to record prices, has highlighted the failures in recent decades of energy policies, which all too often have relied on market forces.

“We have marketised and outsourced our energy security and we are realising in emergency times those market signals can be very difficult to deal with,” said Mike Bradshaw, professor of global energy at Warwick Business School.

One cabinet minister described Johnson sweeping’s approach to greater energy independence as “trying to hit every button on the dashboard simultaneously”. Here we consider his options:

Johnson is hoping to slow the long-term decline of the North Sea, one of the world’s most mature hydrocarbon basins, to limit how much the UK would have to compete with the EU for alternative supplies from regions such as the Middle East.

The demise of those fields has turned the UK — which relies on oil and gas to meet 75 per cent of energy needs — into a net importer of hydrocarbons since the mid-2000s.

Before the war in Ukraine, ministers were under growing pressure to block future oil and gas exploration or risk undermining the UK’s credibility of global leadership on climate change. At a meeting this week, Johnson urged companies, including BP and Shell, to increase investment in the North Sea.

North Sea producers have argued more could be done to slow the rate of decline — output is forecast to fall by 5 to 7 per cent annually — by rapidly approving projects already in the pipeline.

The UK has not held an exploration licensing round since 2020 and had promised future rounds would be subject to a “climate compatibility” test. The draft text for these tests was hastily rewritten this week to include clauses allowing ministers to bypass environmental considerations in the event of urgent national security concerns.

There are 10 potential new offshore fields that could be approved this year and next, according to Westwood Global Energy Group, a consultancy. But economists have warned the UK North Sea is not like younger basins where the taps can be easily turned up or where large discoveries are still anticipated.

“People don’t seem to understand this is a long way from being like Saudi Arabia,” said Peter Cameron, director of the Centre for Energy, Petroleum and Mineral Law and Policy at Dundee University. The time lag between a discovery and a field reaching production can be as much as eight years, according to the Oil and Gas Authority.

“The North Sea . . . is not the answer to the kind of problem that Johnson has got,” Cameron added. “If anything it might give a sense of false hope.”

The controversial technique of shale gas extraction offers another possible source of hydrocarbons and Johnson has asked ministers to take a fresh look at fracking, which was effectively banned in the UK in 2019.

UKOOG, a trade body for onshore oil and gas companies, told MPs last week that England had significant potential reserves of shale gas. If only 10 per cent of the estimated resources were recovered, it would make the UK “self-sufficient in natural gas for 50 years”, it said.

But the science around fracking in the UK is heavily contested. Geologists point out that Cuadrilla, the only company to have fracked in the UK, had partially tested two exploration wells in Lancashire before the ban, casting doubts on claims about the size of reserves.

“Like it or not, the geology of the UK is not good for fracking and commercial shale gas,” said Stuart Haszeldine of the University of Edinburgh’s school of geosciences.

New targets are expected for solar and offshore wind, an area where the UK is already a world leader.

But as a result of its leadership, the UK was already close to the limit of how much offshore wind capacity it could bring online by the end of the decade, said Dan Monzani, a former director of energy security at the Department for Business, Energy and Industrial Strategy.

The real issue is “how we can speed up deployment”, said Monzani, now UK managing director at consultancy Aurora Energy Research.

The UK already plans to quadruple offshore wind capacity to 40 gigawatts by 2030. But the sector is hampered by the slow pace of the regulatory and planning process. Some projects under construction were awarded seabed rights back in 2009.

Monzani also called for changes to the planning regime to encourage the building of more onshore wind farms. Greg Jackson, chief executive of power supplier Octopus Energy, said lead times for new onshore projects could be cut from as long as 10 years to just two years, if the government adopted emergency measures similar to those for the development of Covid-19 vaccines. “We can do this but it needs the political leadership,” he said.

After more than a decade of delay by government in committing to a new generation of nuclear power stations, the overall contribution from this source — previously as much a fifth of the UK’s total electricity generation — is in decline.

The engineering complexities mean the lead time for new plants is often more than a decade. All but one of Britain’s existing fleet of six nuclear power stations are due to be retired by 2030, leaving just 4.45GW of nuclear capacity — half the output compared to the start of the decade.

This includes the contribution from the one new nuclear power station that is under construction. Hinkley Point C in Somerset is due to come online in 2026.

Having struggled to get the private sector to finance the new nuclear build programme, the government is hoping that a new approach will lure investors to back the next project — Sizewell C in Suffolk. Ministers are also considering a 20-year extension to the working life of the existing Sizewell B plant.

Meanwhile, a consortium led by Rolls-Royce is developing “small modular reactors” which are designed to cut down on the costs and risks associated with larger plants. But as this is new technology, Rolls-Royce does not anticipate having its first SMR operational until the early 2030s.

One glaring omission in Johnson’s pronouncements on energy security has been any mention of reducing demand, experts said.

Business secretary Kwasi Kwarteng last week rejected the advice of the International Energy Agency to ask households to turn their heating down by one degree.

“The best way to get energy bills down permanently is to reduce demand in the first place,” said Simon Virley, UK head of energy and natural resources at KPMG.

Previous schemes aimed at encouraging households to fit more insulation and switch to alternative heating systems to gas boilers have failed because of poor design.