Crypto and sports bet on winning combination to woo fans 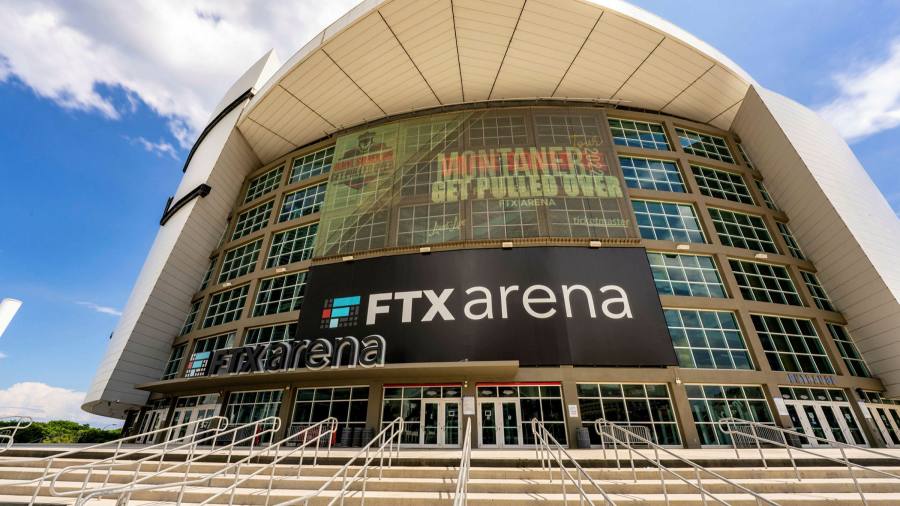 When Crypto.com stamped its name on Los Angeles’ main sports arena, the crypto exchange’s boss Kris Marszalek said the $700mn deal marked “the moment that cryptocurrencies . . . crossed the chasm into the mainstream”.

Renaming the home of the LA Lakers National Basketball Association team in November opened the floodgates to a series of multimillion-dollar marketing deals and partnerships between digital asset companies flush with cash and sports franchises that can deliver millions of potential customers.

Rival exchanges Coinbase, Crypto.com and FTX bought Super Bowl ads this year, which cost a reported $7mn for just 30 seconds of airtime. The home of NBA team the Miami Heat is now the FTX Arena — part of a 19-year deal for the exchange led by Sam Bankman-Fried, and Coinbase became the “exclusive cryptocurrency platform partner” for the NBA and WNBA in October.

“It’s almost like buying real estate in California,” said Haider Rafique, chief marketing officer at OKX, a crypto exchange that recently signed a sponsorship deal with Premier League club Manchester City FC. He said the rush to strike “hyperpriced” sponsorships came as crypto companies had plenty of cash to burn, “or at least everyone did last year at the top of the market”.

Six months after Crypto.com’s LA coup, the exuberance in virtual asset markets has waned. The deal came near the top of last year’s run-up in crypto prices. An investor who bought bitcoin, the largest cryptocurrency, on the same day as the deal would have lost nearly half their money.

Still, the love affair between sport and crypto appears to be a perfect match, as franchises can deliver a wider audience within the demographic that digital asset players want to reach. “It’s a way to really hit their target audiences. The traditional sports watcher syncs up very well with the crypto holder or more mainstream early adopter,” said Shailesh Lakhani, managing director at Sequoia Capital in India.

Crypto.com, which in March agreed a World Cup sponsorship deal with Fifa, said the exchange’s user base has grown from 10mn in February 2021 to more than 50mn.

The rash of marketing has prompted concern among regulators and consumer groups that inexperienced investors may be encouraged to funnel their cash into digital tokens they do not understand. “It takes a lot of intellectual calories to understand these [crypto] businesses,” said Quentin Thom, co-head at crypto due diligence firm Perform Due Diligence Services.

Thom likened the wave of crypto marketing to previous promotions from now controversial industries. “It’s the cigarette boom all over again. You’ve got millions of fans who will be using crypto, and [a sports franchise] could end up having the reputational risk of being associated with bad actors, but also there’s financial risk for all of your fans,” he said.

Spanish football star Andrés Iniesta was chided by the country’s markets regulator last year after he participated in a paid influencer campaign for the crypto exchange Binance along with three other footballers.

US boxer Floyd Mayweather, NBA Hall of Famer Paul Pierce and social media influencer Kim Kardashian were in January named in a lawsuit claiming they helped inflate the price of token EthereumMax as part of a scheme that enriched its backers at the expense of ordinary investors. The token’s backers dispute the claims.

As part of the wider pivot to crypto-related content, sports franchises have also embraced fan tokens.

In December, the Advertising Standards Authority in the UK said the Premier League’s Arsenal FC breached marketing rules with “irresponsible” adverts for its token, which allows holders to participate in official club decisions. The club said it took its responsibilities around advertising to fans “very seriously”.

Rich Kleiman and basketball champion Kevin Durant, co-founders of tech investment start-up Thirty-five Ventures, were early investors in Coinbase in 2017 and expanded their relationship in December. Kleiman said that consumers and celebrity endorsers alike had a responsibility to do their due diligence on emerging markets and products.

“As athletes approach these deals — and any deal — in something like this that’s new and foreign to a lot of people is obviously [a need] to educate yourself,” he said. “There is no, ‘let me get into crypto, roll the dice and hope I become a multimillionaire’.”

Ronan Evain, executive director at Football Supporters Europe, a prominent fans group, pointed to the risks of “an unregulated financial product”. He said teams and players backing crypto assets were “considerably irresponsible”, as such tie-ups were aimed at “building the legitimacy of the product for an audience that wasn’t necessarily familiar with it”.

But Kleiman said the current volatility in the crypto markets had not shaken their faith in the industry.

Crypto.com said it “remains fully committed to its sports sponsorships”.

“We are well-financed, and these are multiyear contracts, which will continue to play a crucial role in our mission to accelerate the world’s transition to cryptocurrency,” the company added.

Kovacs said the sharp increase in marketing spend was typical of life cycles in other industries, such as during the dotcom boom and the rise of fantasy and sports betting in the US, when companies offering new products or services splurge their advertising dollars across a mass-market industry like sport. Eventually those marketing booms go into “retrenchment”, as companies shift from creating awareness to a more targeted strategy, but crypto has not yet reached that stage.

“I don’t think it’s anything we’re seeing at the moment,” he said. “It could be driven by some of the decline in [cryptocurrency] value, but more likely it will be driven by . . . more of a focus on certain areas they want to invest in.”

Still, some sports teams are still watching from the bench, waiting to see if crypto becomes a sustainable part of their industry.

“We don’t think we need to be first to the market,” said an executive at an English Premier League football club. “Everyone is just nervous of the sector because it’s huge, it’s high value and it’s unknown. We’re approaching with caution.”