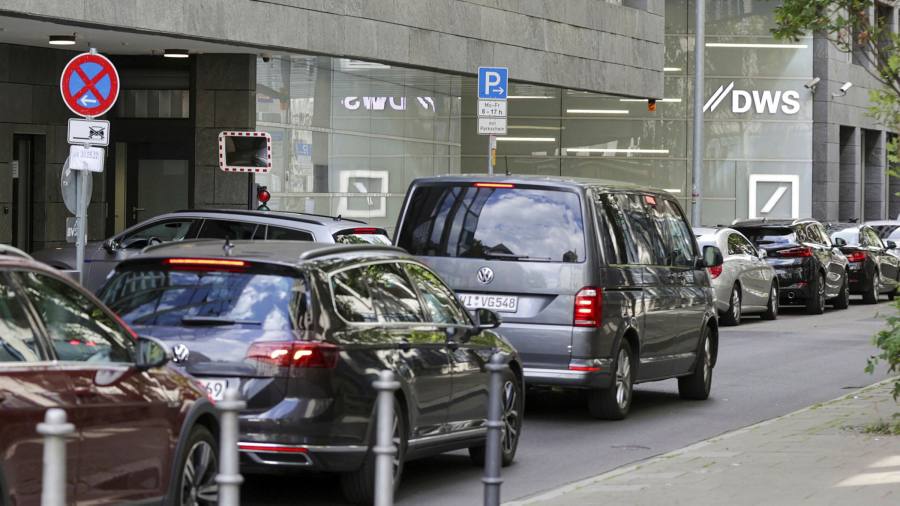 German police raided the offices of asset manager DWS and its majority owner Deutsche Bank on Tuesday morning as part of a probe into allegations of greenwashing.

Approximately 50 officers arrived at the DWS premises and Deutsche Bank’s twin towers in downtown Frankfurt mid-morning and held meetings with staff until lunchtime, according to people with knowledge of the operation. Neither company was given advance notice of the raid, which involved the public prosecutors from Frankfurt, federal police and officials from the German financial regulator, BaFin.

BaFin launched an investigation into DWS following a similar probe by the US Securities and Exchange Commission, which was prompted by allegations from former DWS executive Desiree Fixler.

Fixler said the company had made misleading statements in its 2020 annual report over claims that more than half the group’s $900bn assets were invested using environmental, social and governance criteria.

The issue of greenwashing — where companies make misleading statements about their environmental credentials — has become one of the most fiercely debated topics in investment management.

ESG has also become a highly charged topic in its own right. HSBC’s asset management business suspended Stuart Kirk, its global head of responsible investment, this month after he questioned the financial risks of climate change at a Financial Times conference.

“We have continuously co-operated fully with all relevant regulators and authorities on this matter and will continue to do so,” DWS said in a statement on Tuesday. Deutsche Bank, which owns just under 80 per cent of DWS, confirmed the raid in a separate statement.

The Frankfurt public prosecutors’ office said the search had been “triggered by reports in the international and national media that the asset manager DWS, when marketing so-called ‘green financial products’ had sold these financial products as ‘greener’ or ‘more sustainable’ than they actually were”.

“After examination, sufficient factual evidence has emerged that, contrary to the statements made in the sales prospectuses of DWS funds, ESG factors . . . were not taken into account at all in a large number of investments,” added the prosecutors’ office, calling the potential wrongdoing “prospectus fraud”.

Fixler, who had been DWS’s global head of sustainability until she was fired last year, accused the company’s ESG risk management system of being highly flawed and said she had reported her concerns to the DWS management board in November 2020.

Following Fixler’s complaint, DWS changed its ESG criteria. In its 2021 annual report, published in March 2022, DWS reported only €115bn in “ESG assets” for 2021 — 75 per cent less than a year earlier when it stated that €459bn in assets were “ESG integrated”.

The raid on Tuesday, which was first reported by Bloomberg, is the first time police have entered DWS’s offices over the investigation, though the group has been in contact with authorities and has provided data and electronic communications since the investigation began last summer, according to people with knowledge of the process.

It is just a month since Deutsche’s headquarters were raided by federal police, criminal prosecutors and BaFin representatives over separate allegations that unnamed bank employees may have violated anti-money laundering laws.

DWS’s shares fell 1.8 per cent on Tuesday morning, while Deutsche’s were down 1.9 per cent.