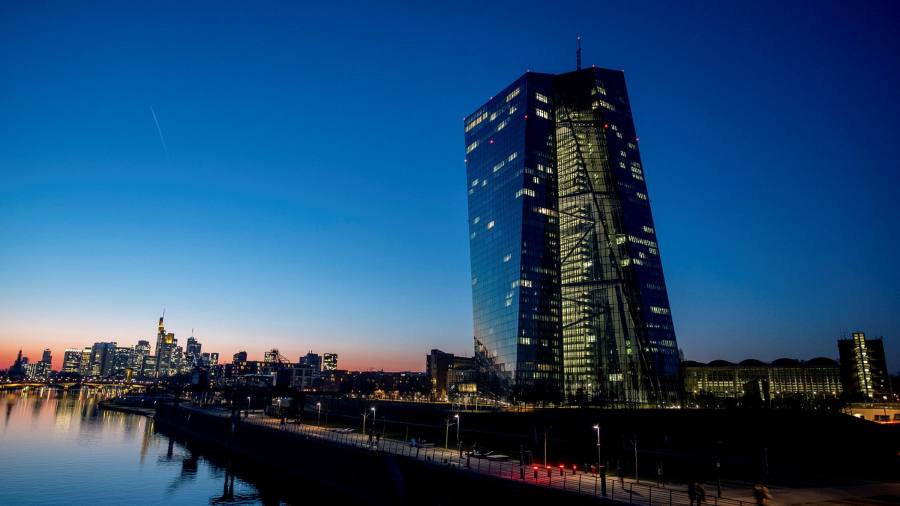 Global equities and government bonds sank on Thursday, as investors braced for central banks to tighten monetary policy despite Russia’s invasion of Ukraine.

The European Central Bank surprised market participants after it said that it would reduce its bond-buying scheme earlier than initially planned, damping expectations of continued support to safeguard economies from the fallout of the war in Ukraine.

In the US, fresh inflation data paved the way for the Federal Reserve to raise interest rates when its officials meet next week.

The yield on Germany’s 10-year Bund, a barometer for eurozone borrowing costs, rose 0.06 percentage points to 0.27 per cent, reflecting a sharp fall in the price of the debt. The benchmark 10-year US Treasury yield rose 0.04 percentage points to 1.99 per cent, having earlier moved above 2 per cent for the first time in two-weeks.

While analysts had expected the European Central Bank to delay its plans to withdraw pandemic-era emergency policies in response to the effects of Russia’s invasion of Ukraine, “they’ve basically said they are going to keep moving along”, said David Zahn, head of European fixed income at Franklin Templeton.

In its monetary policy statement, the ECB said it had “revised” its schedule for purchasing bonds issued by eurozone governments and would cut monthly purchases to €20bn by June, instead of October as previously planned.

The ECB, which has kept its main deposit rate at minus 0.5 per cent through the coronavirus era, “is going to be hiking rates by the end of the year, in my opinion”, Zahn said.

On Wall Street, investors reacted to expectations of higher US interest rates after inflation data confirmed analysts’ expectations for a 7.9 per cent annual rise in consumer prices in February.

Surging inflation in the US, alongside record-high consumer price increases in the eurozone, have piled pressure on central banks to tighten monetary conditions after pursuing policies of ultra-low borrowing costs and massive bond-buying schemes since March 2020.

“The monetary punchbowl is being taken away and we won’t get the relief of more stimulus,” said Patrick Spencer, vice-chair of equities at RW Baird.

The euro, which has fallen steadily since Russian president Vladimir Putin launched the invasion of Ukraine, lost 0.9 per cent against the dollar to $1.0981. The dollar index, which measures the greenback against a basket of six other currencies, added 0.6 per cent.

Elsewhere, Brent crude gave up earlier gains to settle 1.6 per cent lower at $109.33 a barrel, having dropped 13 per cent on Wednesday as the United Arab Emirates moved to encourage fellow Opec members to increase production. Russia is the world’s second-largest crude oil producer and biggest exporter of gas.

Futures tracking TTF, the European wholesale gas contract, fell by about a tenth to €133 per megawatt hour after rising as high as €335 on Monday.

In Asia, Japan’s Topix rose 4 per cent in its best day since June 2020, while Australia’s S&P/ASX 200 gained more than 1 per cent. China’s benchmark CSI 300 index advanced 1.6 per cent while in Hong Kong the Hang Seng index climbed 1.3 per cent.