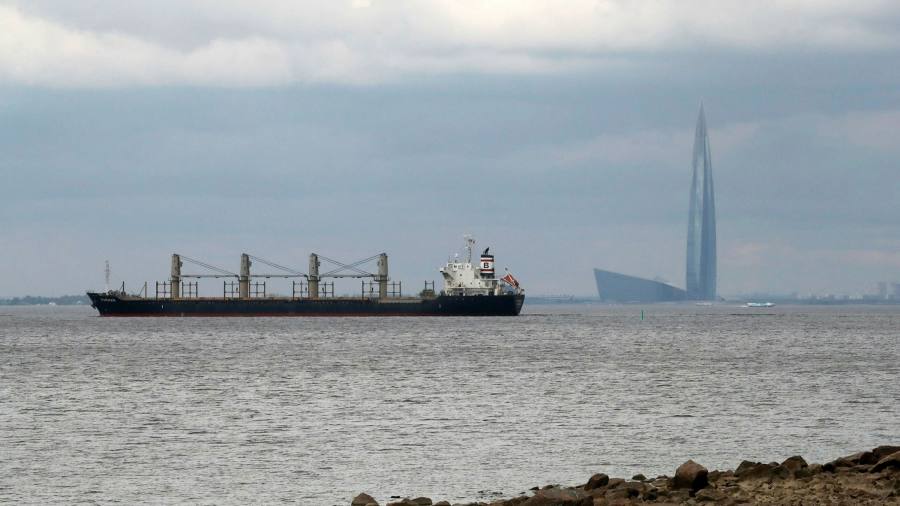 In the early hours of Tuesday morning, leaders of the EU’s 27 member states agreed to ban seaborne Russian oil imports.

To placate landlocked countries such as Hungary, pipeline shipments will continue for now. But Germany’s and Poland’s willingness to taper their pipeline purchases by 2022’s close should, combined with the seaborne ban, see Russian oil exports to the EU decline by 90 per cent by the end of the year.

Although the phase-in will ease the disruption caused by the ban, Florian Thaler, chief executive of OilX, an oil analytics company, said the impact would still be “very consequential”.

While there are short-term winners, such as refiners connected to the Druzhba pipeline, the drive to wean Europe off Russian oil will shake up its hydrocarbons industry and global crude markets.

“Competition for remaining barrels in an already stretched global market will be fierce, and there will be very limited scope for relief to oil prices,” Thaler said.

How will the ban affect oil markets?

Prices of oil from elsewhere will rise as European refineries quickly seek out replacement supplies.

In May, around 500,000 barrels a day of Russian crude was still arriving in north-west Europe, according to Vortexa, a shipping analytics company. While that is a marked decline on the 1.4mn barrels Vortexa said came each day before the Russia’s invasion of Ukraine, shipments into Mediterranean countries such as Italy have actually risen since February 26 — though part of those supplies is going to Turkey.

Meanwhile, Russia, which produced more than 10 per cent of global oil supplies before the crisis, will need to find new buyers for its barrels — or international oil markets could become dangerously undersupplied, analysts said.

India has already stepped up purchases and China is expected to import more as its major cities emerge from Covid-19 lockdowns. But there remain big question marks over just how much Russian oil they can absorb, either due to refinery mismatches with Russian grades or a desire to diversify their suppliers.

Millions of barrels of Russian oil are floating on ships with the vessels’ destinations set as “unknown”, suggesting cargoes could be struggling to find a buyers.

The International Energy Agency has forecast that Russian output could decline by as much as 3mn b/d. Some analysts see a smaller decline of 1-1.5mn b/d. But even this lower figure could still be enough to push oil prices much higher.

Are there still issues for member states to overcome?

One immediate problem is what to do about refineries with Russian ownership that are responsible for 10 per cent of the bloc’s capacity. Western financing for these plants, which collectively refine about 1.2mn b/d, has dried up due to fear of sanctions, leaving them reliant on receiving crude oil direct from their parent companies, including state-backed Rosneft and Lukoil, the largest privately held Russian oil producer.

Without access to seaborne Russian oil, there is a real risk that these refineries will soon stop operating, exacerbating a fuel crisis in the EU. Diesel supplies in particular are already tight, leading to record prices at the pump in many countries.

“Governments will have to intervene, possibly with nationalisation, to keep them operating and ensure energy security as well as jobs,” said Simone Tagliapietra, senior fellow at Bruegel, a Brussels think-tank.

The authorities have so far remained quiet on whether they will act, however, while EU law is silent on property ownership.

Who benefits from the ban?

Refiners in countries such as Hungary, with access to the Druzbha or “friendship” pipeline that transports crude from Russia, will be boosted in the short-term.

Urals, Russia’s main export grade, was trading at $95 a barrel on Tuesday — just short of $30 cheaper than Brent. With fuels such as diesel and gasoline selling at international prices, refiners still able to access Russian oil by pipeline will be earning eye-popping margins.

Hungary’s state-backed MOL, which operates the country’s only refinery, could make more than $2bn over 12 months from the Urals discount alone at its Danube plant, according to FT calculations.

The deal agreed at the Brussels summit leaves a number of open questions on the specifics of the new regime, which will have to be thrashed out in the coming days and weeks.

Among the most divisive is how to ensure that all the member states settle on when to close the temporary carve-out for shipments via pipeline. Member states will be watching Hungary closely, given Prime Minister Viktor Orbán’s combative approach to the ban.

The EU could consider sanctions on other key exports from Russia — although officials play down the prospects of the bloc targeting natural gas next.

Those in favour of a gas ban — such as Estonia’s prime minister Kaja Kallas — acknowledge they face an uphill battle given the cost cutting supplies would impose on the EU economy. Speaking to reporters in Brussels on Tuesday, Kallas said: “I think gas has to be in the seventh package [of sanctions], but I am realistic as well — I don’t think it will be.”

The European Commission earlier this month estimated that an outright cut in gas supply from Russia this year would curb EU growth by 2.5 percentage points to just 0.2 per cent.

Ursula von der Leyen, the commission president, said on Tuesday that the “big bulk” of energy sanctions was now up and running, and that the commission may now need to focus more on closing loopholes and addressing circumventions.