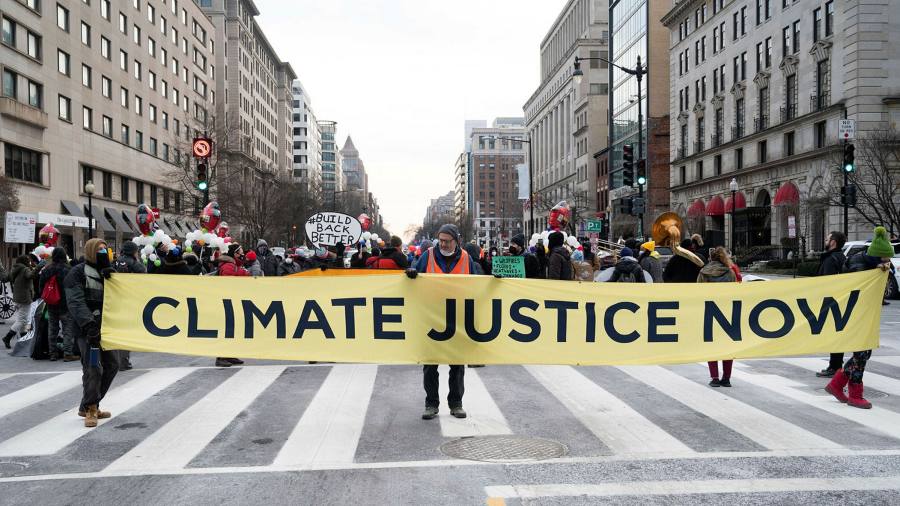 Hello from New York, where it might be cold these days, but we enjoyed celebrations in the streets yesterday for Chinese new year.

In today’s news, I have a report on asset managers’ voting policies for board directors. The Climate Action 100+ members are coming under scrutiny for going soft on some companies.

Simon takes us inside the green and sustainable bond market — one of the biggest financial growth stories of 2021. But how will this market continue to grow in 2022 while upholding its standards?

And India has become the first jurisdiction to propose regulations for ESG ratings providers, a significant development for MSCI, Sustainalytics and others in this sector.

In just four years, the Climate Action 100+ group has grown into a collection of over 600 investors with $65tn under management, all committed to using their clout to pressure companies into taking stronger action against climate change.

But according to a new report published this morning, some of the biggest CA100+ members are continuing to wave through board reappointments at big US companies that have failed to meet any of the initiative’s benchmark metrics.

The report, from campaign group Majority Action, studied the fund voting by Climate Action 100+ members. Many of the biggest fund companies routinely vote for all, or almost all, of the board members at companies that have been identified as climate laggards, the report said.

HSBC Asset Management, for example, voted for the entire board at 40 companies that failed to meet Climate Action 100+’s benchmark targets.

Some investors showed more willingness to vote against directors. London-based Legal & General Investment Management (LGIM) took part in shareholder votes at 42 of the climate laggard companies and backed a full list of board reappointments at only three of them, the report found.

“We voted against chairs at other companies where we had a poor response to our own direct engagement on climate disclosure,” HSBC said in a statement. “Our 2022 voting guidelines will see more votes against directors on climate issues as we increasingly hold them accountable for companies’ progress on low carbon transition.”

In 2022, companies that do not have board oversight of climate and emissions reductions policies will face a vote against the board chair, LGIM has said. “We will use our votes as an escalation policy,” said Yasmine Svan, senior sustainability analyst at the company.

The report highlighted how different fund companies voted during Engine No 1’s showdown with ExxonMobil. The start-up hedge fund won three board seats at the oil major. But a fourth candidate, Anders Runevad, did not win majority support. Nineteen large Climate Action 100+ investors voted against Runevad, “who would have brought much-needed renewable energy experience to the board,” Majority Action said.

The findings show voting is all over the map — but do investors really care? Will a family office or pension fund choose to invest in one asset manager over another due to voting behaviour?

Some funds seem to be betting that this could be the case, and seeing an opportunity to get a competitive edge through their approach to voting. Engine No 1, which last year launched its own exchange-traded fund, made a splash in January saying that it would disclose in real time how it voted on every shareholder proposal at every company. Competitors will be watching. (Patrick Temple-West)

When it comes to the fixed-income side of the sustainable finance revolution, 2021 was a year of monster growth. Can that momentum continue this year? New research this week gives food for thought.

Growth in “GSSS” bonds — that is, green, social, sustainability and sustainability-linked — hit nearly 64 per cent last year as issuances reached just under $1tn, according to analysts at Moody’s. Amid tightening monetary conditions, few would expect that pace of expansion to be repeated this year — but Moody’s predicts still rampant growth of 36 per cent, taking total issuance to $1.35tn. That would give GSSS bonds a 15 per cent share of the entire global bond market — well over double the figure just two years before.

“There’s a real danger that it will be regarded as an artefact that’s not relevant for much of the bond market,” Ulf Erlandsson, founder of the Anthropocene Fixed Income Institute, told me.

Then there are the concerns surrounding the fastest growing GSSS asset class: sustainability-linked bonds, or SLBs. Whereas green or sustainability bonds have their proceeds earmarked for specific projects, the terms of SLBs are linked to a company’s attainment of wider sustainability goals — cuts in carbon emissions, for example.

SLB issuance surged tenfold to $90bn last year, according to Moody’s — but the rating agency also warns of a headwind this year from rising scrutiny of standards in the space. The biggest concern has been around the minimal penalties for issuers who don’t hit their targets: drugmaker Teva, for example, would be on the hook for only an extra $10mn if it misses goals linked to a $4bn SLB issuance last year.

But such concerns have yet to halt the rampant growth in the GSSS market, with investors still willing to accept lower interest rates on these bonds relative to conventional debt. A new report from Bank of America this week shows that this “greenium” — the interest gap between GSSS bonds and conventional ones — remains robust at about 3.5 basis points. “I don’t want to call it a fad,” says Matt Toole, director of deals intelligence at market data provider Refinitiv. “But the whole industry is taking advantage of all the interest in this space. There’s just so much attention going to it.” (Simon Mundy)

India has become the first jurisdiction to propose regulation over ESG ratings providers, as regulators from the US to Europe consider similar action.

The Securities and Exchange Board of India (Sebi), issued a consultation paper last week, proposing a framework under which only accredited agencies can provide ESG ratings within the Indian market.

There is an “imperative need” to ensure that ESG ratings providers operate in a transparent and regulated environment, Sebi argued, in order to reduce the risk of greenwashing and misallocation of assets.

The framework asks ESG rating agencies to seek Sebi’s accreditation every two years, while the regulator can revoke the accreditations at any time when material non-compliances are found.

Sebi also proposed a “subscriber-pays” model for the ESG ratings industry, as that is “the predominant business model followed” by most global providers. (Read Patrick’s story in this July edition of Moral Money for more on the “subscriber-pays” model.) This creates a contrast with the credit ratings market, where the “issuer-pays” model is dominant. The issuer-pays model came under heavy scrutiny amid the 2008 financial crisis, after rating agencies failed to warn on the risks of subprime mortgage-related financial products.

Public comments for the paper are invited until March 10.

The regulator’s move means that Indian companies and investors of all sizes can have increased clarity on how their work should evolve, said Amit Tandon, managing director of Institutional Investor Advisory Services (IiAS). At this moment, many small players feel that “a lot is happening, and they need to do something and more, but are all unclear what it is they need to do”, Tandon explained.

European regulators are expected to follow suit. The UK government started to consider bringing ESG rating providers under the Financial Conduct Authority last year. EU watchdogs have also sought regulations on ESG ratings. Tandon at IiAS expects that Sebi’s direction is likely to have an impact on other emerging markets too. (Tamami Shimizuishi, Nikkei)

Sustainable passive funds still dominate their active peers, owning 62 per cent, or $8.8bn, of all US sustainable flows, according to research out this week from Morningstar. However, the margin is shrinking — in the first quarter of 2020, passive funds accounted for 83 per cent of fund flows, a record high.