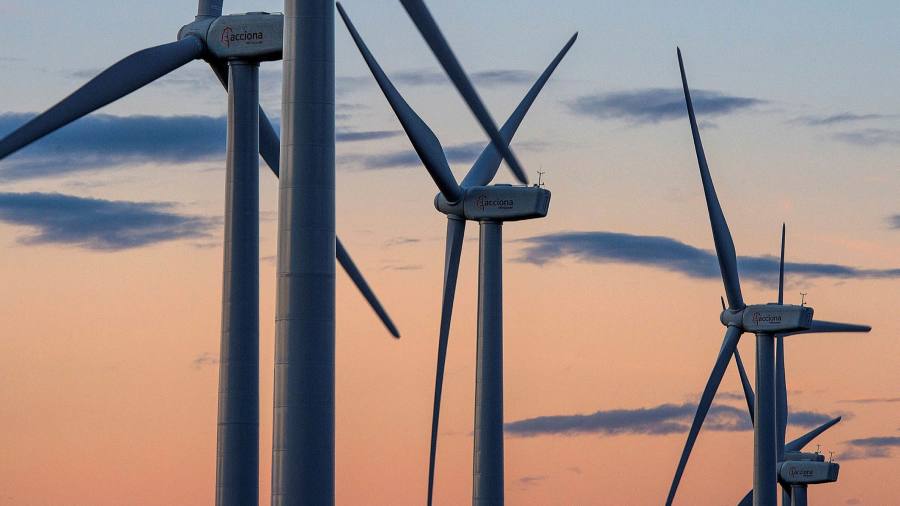 Fewer than ten out of almost 12,000 eligible companies demonstrated they were ready to comply with new green reporting rules brought into force in Europe at the start of the year, a major business representative group said.

The Conference Board, the US-based membership club for big business, warned that the majority of European companies it had analysed could fail to provide data at their financial year end about capital spending on key issues such as renewable energy.

The EU rules that came into effect this year require any listed business with more than 500 staff to publish the percentage of revenue, capital expenditure and operating costs from activities covered by the green taxonomy — a classification system that defines “environmentally sustainable” activities in line with the bloc’s climate change objectives.

Financial institutions must report on how much of their portfolio is compliant with that system.

The global assessment conducted for the business group showed “only a handful” had published taxonomy audits, including Acciona, a Spanish infrastructure company.

There was widespread ignorance among members, said Anuj Saush, leader of the governance and sustainability centre of the Conference Board, and it was sending almost 200 members a briefing on how to comply.

“Most are simply not aware of the taxonomy. And among those who are aware there is a perception that this is something just for investors and asset managers to do. But it is for all companies,” he said.

China, Japan, South Africa, Canada, the UK, Malaysia and Singapore were also developing their own taxonomies, Saush noted. “There could be multiple different reporting standards across different jurisdictions. You need a dedicated team to manage it.”

The aim of the reporting rules is to reduce “greenwashing” by setting standards for what is sustainable, and to allow lenders and investors to reliably identify companies that are reducing their climate change risk.

The EU rules cover six environmental objectives. These include climate change adaptation, sustainable water use and prevention of pollution. If an activity meets the criteria and contributes to these goals, it can be classified as compliant.

There are no penalties yet for not complying but companies that do not do so could find it harder to attract funding.

The EU directive applies to around 11,700 large companies including banks, insurance companies and public-interest companies. The Conference Board survey, working with Sustainalytics, a research ratings firm, found that among the key reasons for the lack of preparedness was delays to the legislation.

“Companies only got six months to prepare from when the rules were published,” said Anne Schoemaker of Sustainalytics, noting there was also a lack of clarity.

For this year, businesses only have to state the proportion of their activities taking place in taxonomy-related fields. In the next year, they must classify how aligned they are with it.

“A cement company will probably have 90 per cent of their activities eligible but zero per cent aligned,” explained Schoemaker, referring to the proportion of cement business that would be covered by the rules versus those that would count as sustainable.

Most companies assessed so far had less than 10 per cent of their revenues associated with activities covered by the taxonomy, she estimated. Only 15 per cent had any revenue, capital spending or operating spending aligned with green goals.

The taxonomy is still evolving. The EU is debating whether to class investment in nuclear energy and cleaner gas power as sustainable. The European Commission has opted to include them as green after a push by France and Germany, prompting Austria and Luxembourg to threaten legal action.

The Commission last year tabled a corporate sustainability reporting directive that would extend taxonomy reporting to large private companies and smaller listed ones, require independent auditing of the report and compel the information to be digitally tagged so it is machine readable, allowing EU-wide databases to be built.

“It will be a recurring cost,” said Saush. “The standards will be reviewed every three years in the EU. Every affected company needs a dedicated team on this now.”