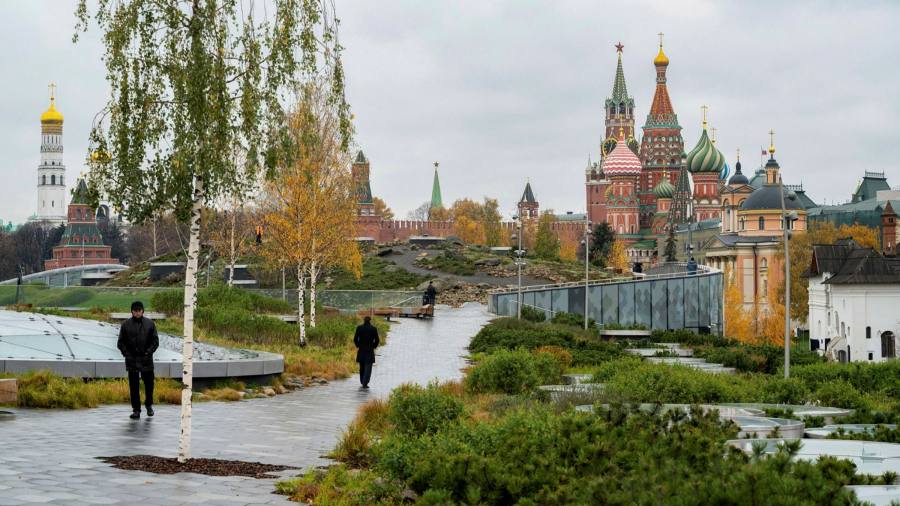 Russia moved closer to averting its first debt default since 1998 as payments on two of its dollar bonds moved through the western financial system on the way to investors.

The country’s foreign-currency government bonds have rallied as evidence emerges that $117mn in coupon payments, which were due this week, are making their way along the chain that separates the Russian government from investors.

Euroclear and Clearstream, the main international securities depositories, have received and processed two coupons from payment agent Citigroup, according to people familiar with the matter. The duo, which declined to comment, settle trades on behalf of investors and transfer money between bank accounts. The funds will then be passed to custodian banks before finally reaching investors.

JPMorgan had earlier processed the payments that had been due on two bonds on Wednesday, passing the money to Citi, according to a person familiar with the matter. JPMorgan made the decision to process the payment after consulting with US authorities, the person added. Citi and JPMorgan both declined to comment.

The two bonds, which mature in 2023 and 2043, traded at about 50 cents on the dollar on Friday — up from roughly 20 cents a week ago — with the rest of Russia’s $38.5bn of foreign currency debt climbing to similar levels. While the bonds continue to trade at distressed levels, investors have reassessed a market that was priced for immediate default.

“The Russian government has demonstrated a very strong willingness to pay,” said Marcelo Assalin, head of emerging market debt at William Blair. “They clearly didn’t want to be labelled a defaulter. The question is how long they will be allowed to continue.”

The Russian finance ministry said on Friday that Citi had received the funds to make the coupon payments. “Thus, the ministry has honoured obligations to service government securities in full in accordance with the issuance documentation for eurobond issues,” it said, according to Russian news agency Interfax.

One European investor said on Friday that they had not yet received the interest payment, but expected it to arrive.

Russia has a 30-day grace period from the due date of March 16 to make the payment and avoid defaulting. US sanctions restrict investors from trading Russian bonds issued after March 1, but they are still allowed to trade any that were sold before that date.

“We think that debt service payments on Russia’s eurobonds due in the next few weeks may face similar technical difficulties,” S&P said, adding that an exemption in US sanctions that allows US investors to receive interest payment from Russia expires on May 25, complicating further debt service after that date.

Russia owes a further $615mn in interest payments this month, including $66mn on Monday, and faces a $2bn bond repayment on April 4.

Monday’s coupon is on a bond whose terms contain a “fallback” clause allowing repayment in roubles if Russia is unable to pay in dollars. Russia’s finance minister Anton Siluanov said earlier in the week that it would be “absolutely fair” to make repayments in roubles until western sanctions freezing the assets of Russia’s central bank are lifted, leading to concerns that Moscow would attempt to make Wednesday’s payments in the Russian currency.

The governor of Russia’s central bank said on Friday that trading in local-currency government debt — which has been suspended since shortly after the invasion of Ukraine — would resume on Monday. Elvira Nabiullina also said the Bank of Russia will conduct purchases of rouble-denominated government bonds “to prevent excessive volatility and ensure a balanced liquidity position in this segment at the stage of the reopening”.