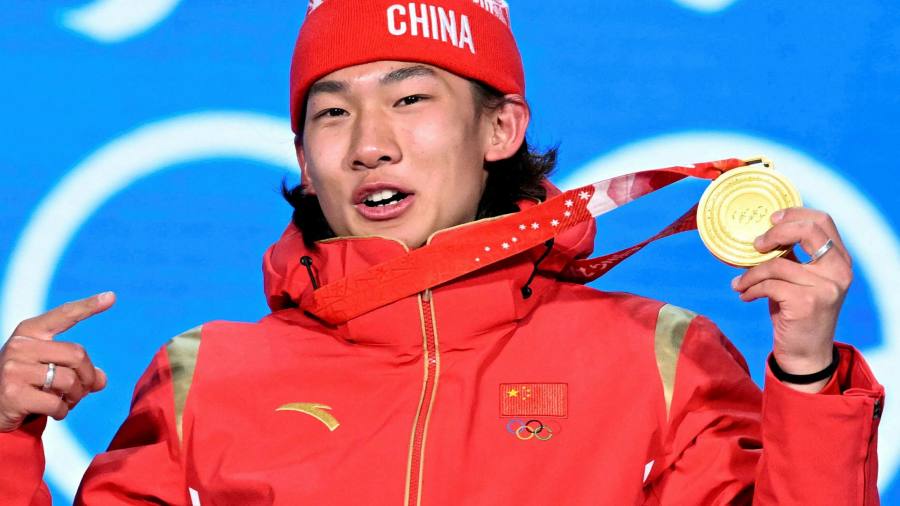 Tuesday is upon us, which can only mean one thing in these parts: it’s time for the answers to the Friday quiz. The winner is set to receive two items of choice from Jamie’s desk. Which, let’s be honest, is as about as good as a freebie gets. (Absent cash.)

So here you have ‘em. The questions we asked, followed by the answers we wanted.

1. The FT this week published an investigation into the goings on at German media house Axel Springer, which provided evidence that senior figures at the private-equity-backed company knew more about allegations of sexual impropriety at flagship brand Bild than they have let on. What was the name of the former editor of Bild who was fired over the allegations? And, for a bonus point, which film has he borrowed his Twitter bio from?

That would be Julian Reichelt. And the film he’d borrowed his Twitter tagline from? Terminator 2 (“I’ll be back”). We await his return to the German media scene with bated breath.

2. It’s been another week of heavily-owned growth stocks blowing up on earnings. Name two funds that were left holding the bag on Delivery Hero after it plummeted 25 per cent on Thursday following the disclosure that, surprise surprise, instant grocery is a terrible business.

Baggie Baillie Gifford, Naspers, T Rowe Price, Luxor Capital and Artemis were among the major bagholders, but any fund on the shareholder register was acceptable.

3. The breakout star of the week was alleged hacker and bona fide rapper Razzlekhan, a.k.a. Heather Morgan, who was arrested Tuesday along with her husband Ilya Lichtenstein for allegedly stealing bitcoin with a current value of $4.5bn. In her track, Versace Bedouin, she says she is many things. Name three of them.

There were six things you could’ve chosen from. Razzlekhan is a self-described rapper, economist, journalist, writer, CEO and, errr, dirty ho. The video’s here.

4. Affirm, the BNPL provider, managed to tweet its second-quarter earnings during Thursday’s market hours before the official release after the bell. Which member of the so-called PayPal mafia founded the company?

If you guessed Max Levchin, you’d be right.

5. As of 11.20am Friday, what was the spread between German and Italian yields? (Ten-year, for the avoidance of doubt.)

The spread was 167 basis points. It’s a little bit less than that today. We imagine that’s because several members of the European Central Bank’s governing council have in recent days sounded less dovish than president Christine Lagarde did after the last meeting on February 3.

6. Talk of a “monster hike” by the Federal Reserve is mounting. But what central bank actually put their money where their mouth is and hiked by a full percentage point this week?

It was Russia’s central bank that made the monster hike, raising rates by 100 basis points to a whopping 9.5 per cent.

7. Peloton’s CEO John Foley stepped down this week, prompting hopes of a revival of the iPad-with-an-exercise-bike-attached maker’s fortunes. And mounting speculation of a takeover. So what will the stock price be at Friday’s closing bell?

Who tweeted this nonsense?

We have one half of the Winklevii to thank for this gem. Tyler, in case you care.

And the winner is (drum roll) Neil Ryan. Congratulations Neil! We’ll be sending you the two pieces of swag in the post over the next day or so.