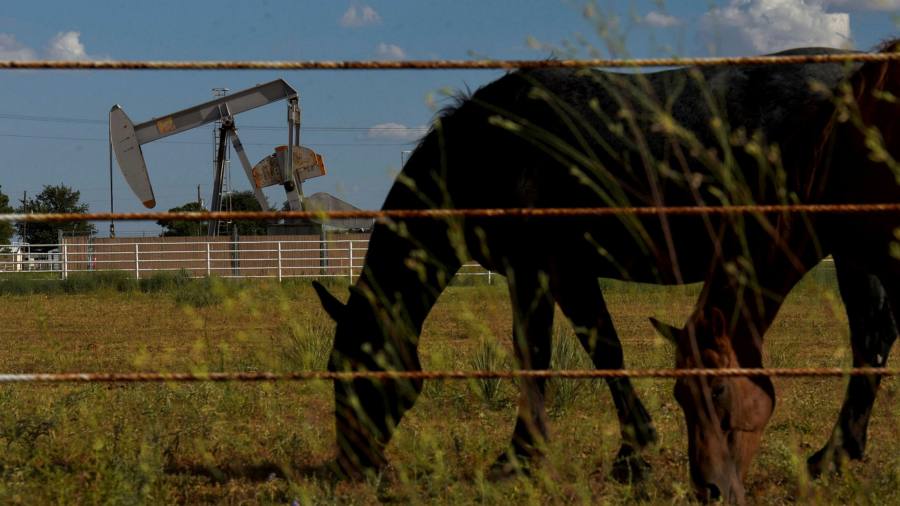 Oil has rallied strongly in early 2022, surpassing a seven-year high this week as traders rushed to lock in supply on expectations of resurgent demand, patchy production and an unstable geopolitical landscape.

Brent — the international crude oil benchmark — traded above $87 a barrel on Tuesday for the first time since 2014, rising as high as $89.50 on Thursday before trimming some of its gains.

“People are just on high alert,” said Amrita Sen at consultancy Energy Aspects. “Anything that could remotely impact supply to downside or demand to the upside, the market is reacting.”

The initial uptick came after Yemeni rebels claimed responsibility for a drone attack in the United Arab Emirates. The incident had no effect on oil output, but appeared to spook traders.

Prices increased again after an explosion in Turkey briefly halted exports along a pipeline from Iraq’s Kurdish region. The febrile atmosphere has been stoked by the possibility of the US imposing sanctions on Russia in the event of an invasion of Ukraine.

Aided by those fillips, Brent futures have already added about 12 per cent in January, after an ascent of 50 per cent last year, as fears fade about the Omicron coronavirus variant significantly slowing down the global economic recovery.

Now, some analysts are predicting that oil could surpass the $100 mark this year. Such a scenario would add fresh fuel to already rapid global inflation.

Oil’s price surge has been underpinned by a view among some industry analysts that supply will tighten as the worldwide economy continues to rebound, leaving limited spare capacity to meet any future shortfall.

Producer group Opec, led by Saudi Arabia and its allies, including Russia, have committed to replacing the output it cut at the start of the pandemic by a combined 400,000 barrels a day every month throughout 2022.

But since that agreement was reached in July, few countries other than Saudi Arabia and the UAE have managed to hit their contribution to the monthly uplift consistently.

In December, Opec+ increased output by only 250,000 b/d, according to the International Energy Agency, after Nigeria, Angola and Malaysia all underproduced. Russia also pumped less than its quota for the first time since the 2020 cuts were introduced.

December’s shortfall means that the group is producing 790,000 b/d less than it planned to at this stage, the IEA said in its latest monthly oil report, released this week.

The US and other large oil consumers have repeatedly called on the Opec+ group to boost supply faster. But even if they agreed to lift the monthly target, technical and operational issues in several countries mean the group would probably continue to fall short.

“In reality Opec+ don’t have the spare capacity that they claim to have on paper,” said Sen.

With global demand expected to return to pre-pandemic levels of approximately 100m b/d in 2022, there are questions about the availability of spare capacity to cover any operational or geopolitical disruption to current supply levels.

Historically, economists and policymakers have argued in favour of maintaining spare capacity — often defined as additional production that can be brought online in 30 days and sustained for 90 days — of approximately 5 per cent of global oil supply, to avoid price volatility.

Current estimates of the amount of additional production available vary. The IEA forecasts that spare capacity could shrink from about 5m b/d to below 3m b/d by the second half of the year, with most of that held in Saudi Arabia and the UAE.

Goldman Sachs forecasts that it will fall further, predicting that Opec+ spare capacity will reach “historically low levels this summer” of about 1.2m b/d.

Spare capacity is of particular concern because global oil inventories have fallen well below pre-pandemic levels after the US, Europe and Japan made large draws on their stocks. Across OECD countries, inventory levels are at their lowest level since 2000, according to Goldman Sachs.

“It is quite rational to assume that there could be a disruption of 1m b/d,” said Damien Courvalin, head of energy research at the US investment bank. “That’s at least half of your spare capacity so then you really have zero buffer left.”

Some analysts are less worried. “It’s perceptions of capacity constraints [but] we don’t actually think there are capacity constraints,” said Paul Horsnell, commodities strategist at Standard Chartered, adding that he believed there was sufficient spare capacity in Saudi Arabia, Iraq and the UAE to cover most scenarios this year.

Standard Chartered is predicting a supply crunch, driven by rising demand and insufficient production growth — particularly outside Opec — but not until 2024. It has forecast average prices for Brent of $75 a barrel in 2022 and $77 in 2023.

Sen at Energy Aspects also anticipates a supply crunch in 2024 but believes it has started. “We’ve been talking about a supply crunch from 2022 to 2025 for some time now,” she said. “It’s a function of the lack of spare capacity and lack of investment that has been made worse by Covid because demand has recovered quicker in some ways.”

During previous commodity cycles, today’s high prices would have resulted in investment that would boost supply and rebalance the market. But pressure to reduce dependence on oil and gas is limiting such spending, particularly at the publicly listed supermajors.

“Even at these prices, which are giving such high returns, [companies] are effectively prioritising [environmental, social and governance],” said Sen. “If investment doesn’t go up now it never will.”