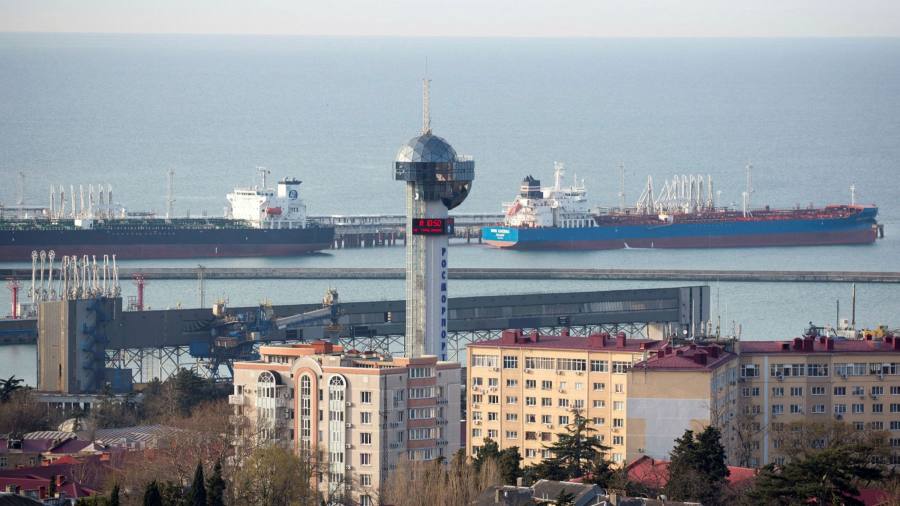 The UK and EU have agreed a co-ordinated ban on insuring ships carrying Russian oil, shutting Moscow out of the vital Lloyd’s of London insurance market and sharply curbing its ability to export crude, according to British and European officials.

Lloyd’s has been the heart of the marine insurance industry for centuries and blocking its members from insuring Russian oil cargoes will pile more pressure on global commodity markets, which have been in turmoil since Moscow’s invasion of Ukraine.

The insurance ban is part of a new EU sanctions package targeting Russian oil exports. Brussels agreed an embargo on most Russia oil shipments late on Monday but the involvement of the UK unlocked the insurance ban. This could have much broader consequences for Moscow’s exports and leave it looking for insurance in smaller, less developed markets.

Insurance has been a big sticking point in the development of the EU oil ban, with underwriters warning of the wider economic consequences of clamping down on a sector that is crucial to international trade.

There was also concern in Brussels that the EU acting alone on insurance sanctions would mean that more business flowed to London’s international market. “There is a level playing field issue if London keeps on providing insurance and then a lot of it goes via Lloyd’s of London,” a senior commission official said.

Ursula von der Leyen, president of the European Commission, announced action on shipping on Tuesday but officials said it was London’s decision to drop its opposition that cleared the way for the new sanctions package.

Greece and Cyprus, which have significant shipping sectors, only agreed after a commitment from the UK to follow suit, officials said.

The UK government refused to comment, but people briefed on the plans said an announcement was imminent on Britain banning insurers from covering ships carrying Russian oil. “This is something that is happening in a co-ordinated way,” said one.

The London insurance market has been bracing for sanctions to be extended to the key marine sector after moves to cut off aviation and space cover to Russian companies earlier this year.

Senior figures in the Lloyd’s market have stressed to officials in Brussels and Westminster the challenge of establishing the provenance of oil cargoes on ships, according to people familiar with the matter.

They have warned that insurers could pull back from covering any ships coming out of a particular port, which would have wider economic consequences. Russian ports are also a conduit for oil from Kazakhstan, which is not under sanctions.

A senior commission official added that the G7 countries were working towards an insurance ban. The ban would not take effect for six months, the official said. “[Russia] then actually has a big problem shipping the stuff around,” the official said.

Years of complying with sanctions on Iranian oil cargoes have provided a template for compliance, said senior figures in the Lloyd’s market. “The only complication is making sure it is Russian oil to begin with,” said one. “It’s not the easiest job in the world, but neither is it impossible.”

Brent crude prices have shot almost 60 per cent higher this year after Russia’s invasion of Ukraine shook up global commodities markets. The price of refined products like petrol, diesel and jet fuel have also rallied strongly as a supply crunch in many major markets is exacerbated by rising demand.

Russia, the world’s third-biggest crude producer, has so far found buyers for its oil, including China, India and Turkey. However, Russian exports of refined products have declined.

The rise in energy prices has been a key factor in fuelling the huge jolt of inflation across the world this year.