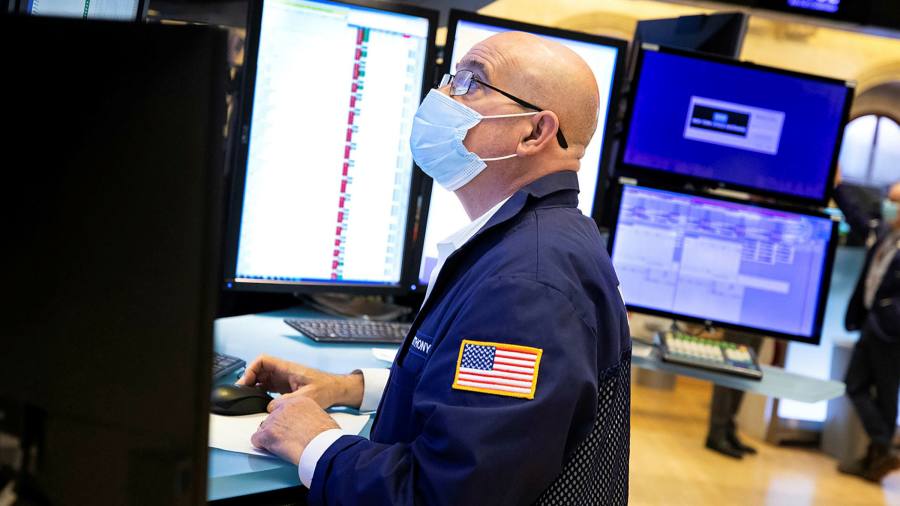 Stocks on Wall Street slid by the most in almost a year on Thursday after a disappointing earnings report from Facebook parent Meta reverberated through the market.

The S&P 500 index fell 2.4 per cent, its biggest drop since February 2021, driven largely by falls in tech stocks that dominate the blue-chip US index. The slide ended a four-day rally and took the S&P’s declines this year to 6.1 per cent.

The losses for the tech-heavy Nasdaq Composite were more intense, with the index that counts Meta and Amazon as members, declining 3.7 per cent, its worst day since September 2020.

Investors were shaken by Wednesday’s results from Meta, sending the company’s shares down 26.4 per cent and wiping more than $230bn off its valuation, an unprecedented single-day loss for a listed company.

Meta overnight reported its first decline in daily active users and warned of increased competition from rivals such as ByteDance’s TikTok platform.

Shares of PayPal fell 6 per cent, bringing their total decline to just under 30 per cent since the closing bell on Tuesday when the payments company warned that a weakening ecommerce environment would slow its growth rate. Music streaming platform Spotify also delivered a weak outlook for first-quarter subscriber growth, sending its shares down 17 per cent on Thursday.

Shares in many tech companies rose during the pandemic, fuelled by a combination of coronavirus lockdowns keeping customers at home and ultra-low interest rates increasing the appeal of more speculative investments.

But this year, some traders have started to think that the coronavirus is becoming milder and the US central bank has signalled that it is poised to rapidly raise borrowing costs, casting a pall over Wall Street’s big tech groups.

“Fingers have been hovering over the sell trigger for the tech sector,” said Gregory Perdon, co-chief investment officer at Arbuthnot Latham. “So when you get an announcement like [Meta’s], investors see the beginning of the end.”

Both Amazon and Snap reported earnings after the bell on Thursday. Prior to the close, shares in Amazon had slid about 8 per cent while Snap was down 24 per cent.

“The spillover is a natural phenomenon in any equity sector, as there are basket trades,” Perdon said. “But we are making the distinction between tech that still has the prospect to deliver and unprofitable tech.”

In Europe, the regional Stoxx 600 share index fell 1.8 per cent, with its tech sub-index dropping 3.5 per cent.

European government debt sold off on Thursday as central bank moves increased nerves about interest rate rises and sustained inflation, which reduce the appeal of the fixed income-paying securities.

The yield on the UK’s benchmark 10-year gilt climbed 0.11 percentage points to 1.36 per cent, representing a significant fall in the price, after the Bank of England raised interest rates by a quarter point to 0.5 per cent and bumped up its inflation forecast to an April peak of 7.25 per cent.

Germany’s equivalent Bund yield added 0.10 percentage points to 0.14 per cent, after Christine Lagarde, European Central Bank president, in a press conference, declined to rule out lifting interest rates this year. Eurozone inflation hit a record of 5.1 per cent in January.

“Markets will [still] focus on the ECB now being behind the curve and start to price in more rate hikes,” said David Zahn, head of European fixed income at Franklin Templeton.