US tries to be the world’s swing crude producer 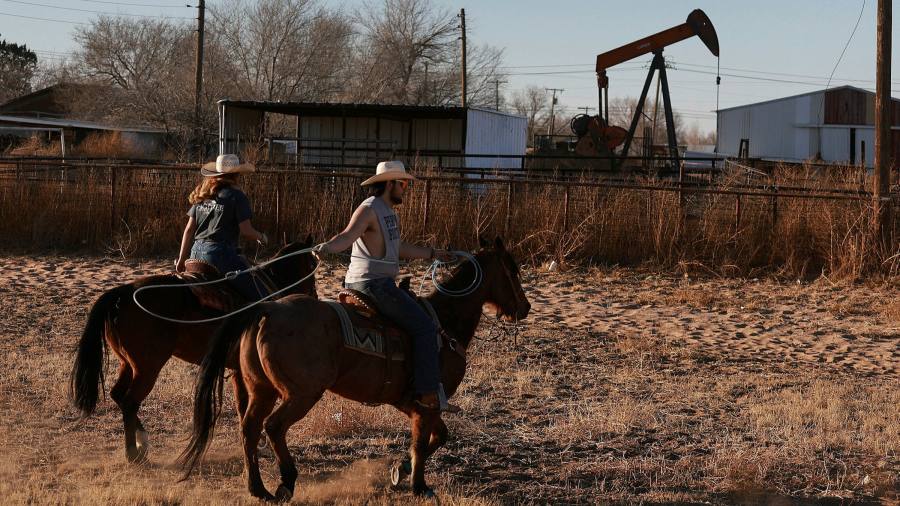 A financial crisis, a global pandemic, and now war in Europe have prompted shifts and interventions by governments of a magnitude that would long have seemed unthinkable. The US release of 180mn barrels of crude from its Strategic Petroleum Reserve, by far the largest ever, is the latest such step. Yet the market’s muted reaction suggests even a move on this scale may not be enough to reduce spiralling fuel prices by as much as Joe Biden wants. It would be preferable, too, for the president to seize on the crisis in Ukraine as a moment for bold moves to accelerate the transition to clean energy, rather than focusing on cutting petrol prices as a short-term political gamble.

One problem with the US move is that it risks looking panicked — and so achieving the opposite of what is intended. The six-month drawdown will leave the world’s biggest emergency stockpile at its lowest level since 1984, just as supply faces acute threats.

Even releasing 1mn barrels a day may prove insufficient. The International Energy Agency has warned Russian output could fall by three times that, owing not just to the US embargo on Moscow’s crude and other western sanctions but “self-sanctioning” by buyers reluctant to take Russian cargoes. Any Russian escalation in Ukraine might finally stiffen the EU’s resolve to restrict its purchases further.

The Biden administration also indicated it would press US producers to pump more — by imposing levies on those not drilling where they have licences on federal lands. Signalling it will replenish its stocks when prices fall to $80 a barrel is a bid to set a longer-term price “floor” that is higher than where futures are trading now. But market insiders say shareholders may seek even higher prices before bringing new flows on-stream. There are other constraints on increased drilling, including shortages of everything from sand to fracking crews.

If the US intended to position itself as the world’s swing crude producer, its announcement may inadvertently underline the continuing clout of Opec. Saudi Arabia and the United Arab Emirates are together reckoned to have more than 2m b/d of spare capacity. But, snubbing appeals from Biden to accelerate supply, the cartel has stuck with a cautious schedule.

The problem for the US is that the domestic imperative to lower petrol prices clashes with the robust attitude it has maintained towards Saudi Arabia over abuses including the murder of the journalist Jamal Khashoggi. The Saudis now see an opportunity to pressure the US and are demanding more security support from Washington. The US is holding firm.

The White House confronts another dilemma. The president came to office pledging vigorous climate action, but faces losing both houses of Congress in the November midterms. The 50 per cent leap in gasoline prices in a year is a major irritant especially for Republican voters. So while European leaders are seeking ways to reduce demand to cut reliance on Russian hydrocarbons, the administration is forced to focus on mostly oil releases and gasoline tax holidays, thus stimulating supply but also usage.

Biden is invoking a cold war-era defence law to boost production of metals for electric vehicle batteries. The president also still talks of ending the US “oil addiction”. But such calls tend to be lost amid his promises to make gasoline cheap again.

As wiser strategy would be to promote a move to clean energy as a national security priority and put Republicans on the defensive. Ending America’s love affair with the gas-guzzling automobile, however, is the work of more than a single electoral cycle.