Volkswagen in advanced talks over €20bn listing of Porsche brand 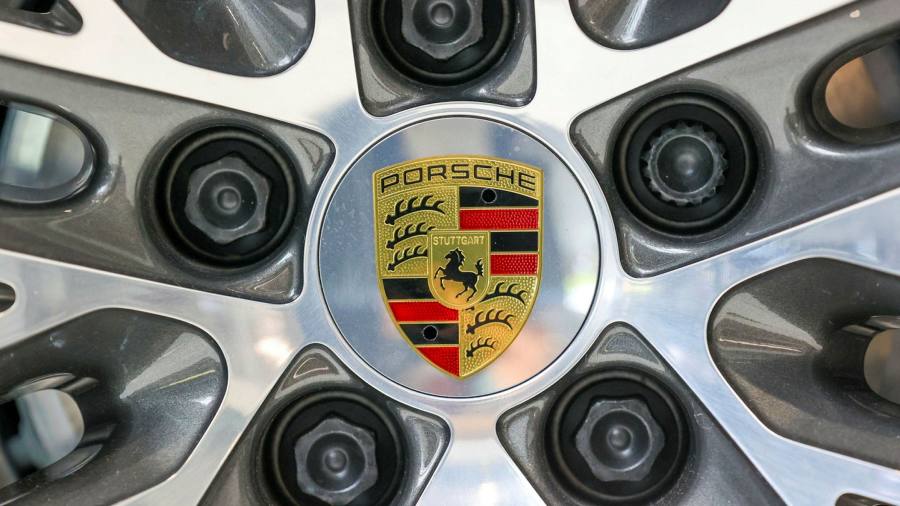 Volkswagen has taken the first step towards a €20bn initial public offering of its Porsche brand, in what would be one of Germany’s biggest listings in years.

The world’s second-largest carmaker by volume said it was in advanced talks with the investment vehicle of its controlling shareholder, the Porsche-Piëch family, over floating one of the automotive industry’s most historic names.

Under the current plan, VW would seek to raise at least €20bn through floating about a quarter of Porsche which it expects to be valued at between €80bn and €90bn, according to a person with direct knowledge of the matter. Half of the shares offered would have voting rights attached, they added, and a special dividend was also being considered.

The Porsche-Piëch family and VW have negotiated an agreement that “should form the basis for further steps in the preparation of a potential IPO”, VW said on Tuesday, but declined to comment further.

The prospect of Porsche joining the public markets sent shares in VW up 9 per cent. Along with Audi, Porsche has been a key profit engine for VW and has made inroads into the electric car market with its successful Taycan model, which now outsells the 911.

VW said a final decision on whether to proceed with an IPO had yet to be taken and would be subject to approval by VW Group’s management and supervisory boards. A VW supervisory board meeting is due to take place next month, but board members are likely to meet sooner, according to two people familiar with the matter.

The decision to embark on preparations for a potential IPO comes after VW has faced mounting pressure to revive a share price that has lagged behind Tesla’s over the past year and to help fund its own electrification efforts.

VW has already committed to spend €52bn on emissions-free models, but executives told the Financial Times the company would require further funding for battery factories and needed to secure the necessary materials.

Porsche SE, the listed investment vehicle of the Porsche-Piëch family which owns 53.3 per cent of the VW shares that carry voting rights, said it might buy ordinary shares in Porsche as part of a potential IPO. Shares in Porsche SE were up 9 per cent at €88.88.

Using the multiples applied to rival luxury car makers such as Ferrari, some analysts have put a market value of as much as €200bn on Porsche, dwarfing VW’s current market capitalisation of roughly €110bn.

One person close to VW said an IPO of Porsche would be a “win-win”.

However, even as VW’s share price rallied, some questioned whether the carmaker needed the money.

“They need to explain what they are going to do with the proceeds,” said Daniel Schwarz, an auto analyst at Stifel. VW, he added, “generates €15bn plus in free cash flow [even] after EV investments”.

Porsche became part of VW in 2012 in a reverse takeover after the luxury car maker failed in its attempt to buy VW.

In recent weeks, speculation has mounted that Porsche SE, the founding family’s investment vehicle, would sell down some of its stake in VW to fund a purchase of shares in any IPO of the sports car maker.

Such a move would loosen the hold that Porsche SE and the state of Lower Saxony — VW’s second-largest shareholder — have on decisions at the company.

However, a person familiar with the family’s plans said it intended to keep more than 50 per cent of VW’s voting shares, and could easily fund a purchase of Porsche AG shares using other methods.

The office of Lower Saxony’s minister president Stephan Weil, who sits on VW’s supervisory board, refused to comment on the IPO plans.