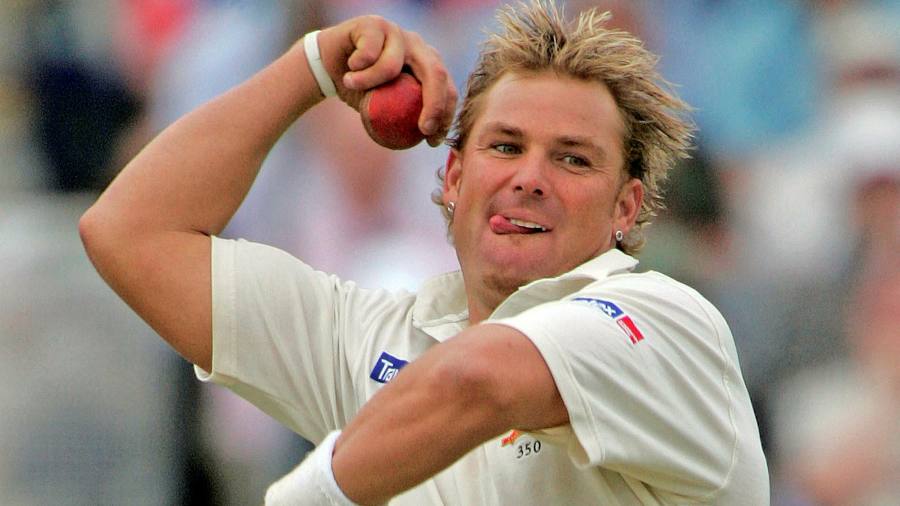 Shane Warne, one of the greatest cricketers in the history of the sport, has died aged 52.

“Shane was found unresponsive in his villa and despite the best efforts of medical staff, he could not be revived,” MPC Entertainment, Warne’s representatives, said on Friday. Warne died in Thailand after a heart attack, according to Australian media.

Fans across his native country and the rest of the cricketing world reacted with shock and sadness to Warne’s death and the Australian government said the leg-spinner would receive a state funeral.

Scott Morrison, prime minister, said Warne’s influence went far beyond the sport. “Shane was one of our nation’s greatest characters. His humour, his passion, his irreverence, his approachability ensured he was loved by all,” he said. “Australians loved him. We all did.”

The Great Southern Stand at the Melbourne Cricket Ground, in his home state of Victoria, will be renamed the SK Warne Stand. Fans laid items at the feet of a statue of the bowler outside the venue, including cans of Victoria Bitter beer, cigarettes and a meat pie, in a nod to his boisterous personality.

Tributes paid to the cricketer included a tweet from Mick Jagger, the Rolling Stones singer and cricket fan, who wrote “he brought joy to the game and was the greatest spin bowler ever”.

Peter Lalor, a cricket journalist with The Australian newspaper, said Warne had not only reinvented spin bowling but had stolen the thunder of the fast bowlers and batsmen who were the typical stars of the game.

“There was no one bigger than Shane Warne,” he said on the Cricket, Et Cetera podcast. “Warnie was a rock star,” he added, arguing that no other figure in the game would have been the subject of a satirical song, a Netflix documentary and even a musical.

Warne was part of Australia’s World Cup-winning team in 1999 as well as the linchpin of the side that became the sport’s dominant force in the late-1990s and 2000s. Wisden, the cricket almanac, rated him among the five greatest cricketers of the 20th century.

His first delivery on his Ashes debut was labelled the “ball of the century” and became a potent foretaste of the illustrious career that would follow. The ball spun sharply after pitching outside leg stump to clip off stump and completely bamboozle Mike Gatting.

Gideon Haigh, author of On Warne, said the ball had become “a stake in the ground for cricket” by creating a standard that had not existed in cricket.

Warne was the first bowler to take more than 700 wickets in Test matches over a 15-year career and is second to the Sri Lankan Muttiah Muralitharan for the number of dismissals.

An exuberant personality on the cricket field, he was also known as a charismatic presence off it, and spent his post-playing career as a television commentator with Fox in Australia and Sky in the UK.

Warne was also a contentious figure. He was banned from playing for a year after testing positive for a prohibited diuretic in 2003 and was the focus of tabloid stories for his colourful personal life, including his engagement to actress Elizabeth Hurley.

Born in Black Rock, a suburb of Melbourne, in September 1969, Warne originally wanted to play Australian Rules football and appeared as a forward for St Kilda’s youth team before taking up cricket seriously. He played for his home state of Victoria and made his Test debut against India in 1992. Warne later captained the Hampshire county cricket team in England.

Tributes have poured in from across the sport. Adam Gilchrist, a former teammate, posted a series of broken heart emojis on Twitter, while West Indies batsman Brian Lara called Warne “one of the greatest sportsmen of all time”.

Ben Stokes, the England cricketer, said it had been an “honour” to know and work with Warne, whom he described as a “legend”.

India’s Sachin Tendulkar, the leading run scorer in Test cricket, was “shocked, stunned and miserable” about the news, and tweeted a photograph of himself with Warne.

Warne retired from international cricket after the 2007 Ashes, which Australia won 5-0.

Warne is survived by Brooke, Summer and Jackson, his three children, and ex-wife Simone Callahan.

Scoreboard is the Financial Times’ must-read weekly briefing on the business of sport, where you’ll find the best analysis of financial issues affecting clubs, franchises, owners, investors and media groups across the global industry. Sign up here.