Beijing Winter Olympics close after fortnight of competition and controversy 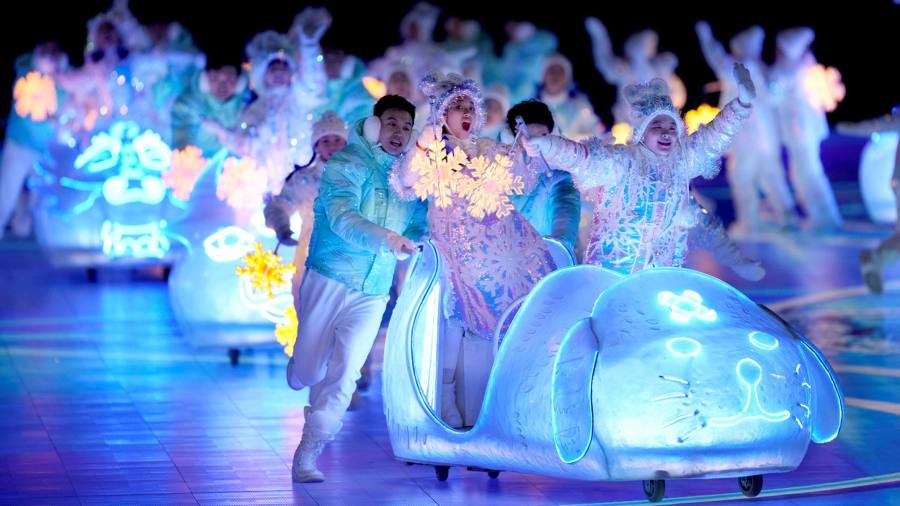 The Beijing Winter Olympics drew to a close on Sunday at the city’s national stadium, capping two weeks of competition and controversy within a strict “closed-loop” system set up to halt the spread of coronavirus.

For the second straight Winter Games, Norway topped the medals table with 16 golds and 37 medals in total. Their successful defence was led by biathletes Johannes Thingnes Boe and Marte Olsbu Roiseland, who each won five individual medals. Host China recorded its best Winter Olympics result with nine golds — third among all nations — and 15 total medals.

At the closing ceremony, which introduced Italy as the hosts of the 2026 Winter Olympics, the partly filled stadium displayed thousands of red lanterns as athletes waved their national flags.

China had pledged to deliver a “simple, safe and splendid” Games, and was largely successful at containing the spread of Covid-19 with recorded cases in the restrictive closed-loop zone remaining close to zero in the final days of the Olympics.

But the event, which was subject to a US-led diplomatic boycott over China’s human rights record, sparked criticism of the IOC for its handling of a doping scandal centred around Russian figure skater Kamila Valieva and its proclivity to not be drawn into from political disputes.

Geopolitical tensions simmered throughout the event and last week a Beijing organising committee spokesperson, in response to a question during a press conference, referred to allegations of “so called forced labour” in Xinjiang as “lies”.

The fallout of the positive drugs test by the 15-year-old Valieva is expected to extend beyond the Games, as Russian and international doping authorities process her test results and investigate the extent to which her adult entourage are responsible.

Late on Saturday, the Court of Arbitration for Sport dismissed an appeal by members of the US figure skating team who had hoped to force the IOC to award medals in the team event, in which they finished second to the Russian Olympic Committee team led by Valieva. The IOC decided not to award medals for the event until Valieva’s case had been concluded.

From late January up until Saturday, Beijing organisers recorded just 437 positive results for Covid out of more than 1.8mn daily tests across the tens of thousands of participants, or a positivity rate of just 0.02 per cent.

The stringent measures within the Olympic bubble added to pressures on athletes, who risked missing events through isolation if they tested positive, and contributed significantly to the $8.8bn spent on staging the Games, more than $7.3bn over budget.

Team GB struggled early in the games but ended with two medals in the final weekend, both in curling, with the women’s team achieving the country’s first gold medal in the sport in two decades.