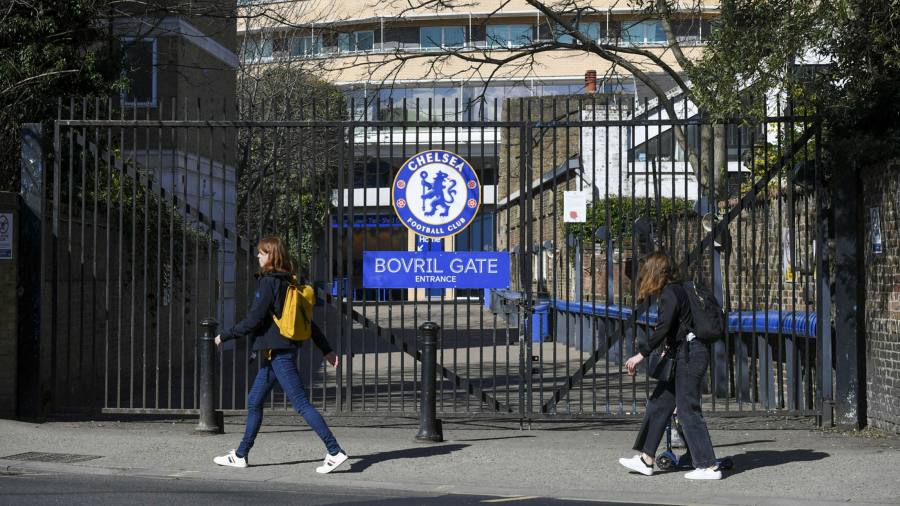 Their involvement highlights how wealthy investors, mainly from the US, are courting the British establishment to burnish their credentials ahead of a deadline for initial bids on Friday evening.

Chelsea is being sold under extraordinary circumstances after Roman Abramovich, the Russian oligarch who has owned the club since 2003, was placed under sanctions by the UK government earlier this month.

Obstacles for winning the £2bn battle for control of Chelsea include securing approval from the government, which has the sole power to amend the strict licences it has put in place that now control every aspect of the club’s operations.

Coe and Broughton, who has chaired British American Tobacco and British Airways, are working with US private equity billionaires Josh Harris and David Blitzer on their bid, which is also backed by other global investors.

Broughton is known in English football for his role negotiating the sale of Liverpool football club when the club faced administration in 2010, while Coe is a two-time Olympic gold medallist and former chairman of the London 2012 Games.

Harris, a former executive at Apollo Global Management, and Blitzer, a senior executive at Blackstone, are co-founders of a sports investment firm with majority ownership of basketball’s Philadelphia 76ers and hockey’s New Jersey Devils, along with a minority stake in Crystal Palace.

The pair expect to be required to divest the holdings in Palace in order for a potential purchase of Chelsea to go through, two of the people said.

Finkelstein, a Tory peer, is working with Todd Boehly, the US financier who co-owns the Los Angeles Dodgers baseball team, on his bid which is also being supported by US investment firm Clearlake Capital.

The Ricketts family, which owns the Chicago Cubs baseball side, said this week it plans to bid alongside Ken Griffin, the hedge fund billionaire and founder of Citadel.

Scoreboard is the Financial Times’ must-read weekly briefing on the business of sport, where you’ll find the best analysis of financial issues affecting clubs, franchises, owners, investors and media groups across the global industry. Sign up here.

Other suitors include Oaktree, the $166bn asset manager run by Howard Marks in Los Angeles, and Woody Johnson, the New York Jets American football team owner and former US ambassador to the UK.

The sale of the west London club is a rare opportunity to buy a “big six” Premier League side with a global profile that regularly competes for the biggest trophies in football. The deal will also be a test of a new owner’s ability to remain competitive as the club moves on from being bankrolled by Abramovich.

Abramovich, accused by the UK government of having close ties to Russian president Vladimir Putin, put Chelsea up for sale after Russia invaded Ukraine, having originally attempted to hand “stewardship” to the team’s charitable foundation. He was subsequently sanctioned by the UK.

The UK has granted a special licence to Chelsea to allow the club to continue playing matches but blocked it from selling new tickets and merchandise, putting pressure on its finances.

US merchant bank Raine Group, which was appointed by Abramovich, is running the auction for the club.

The government has made clear that no money can pass on to Abramovich, who is subject to an asset freeze in the UK. He had already pledged to donate the net proceeds of the sale to charity and forgive £1.5bn of debt owed to him by the entity through which he owns Chelsea.

Raine said in a letter to potential buyers last week that the UK government would have to approve “both the source and use of funds” involved in a sale of Chelsea, a stipulation that raises awkward issues for ministers.