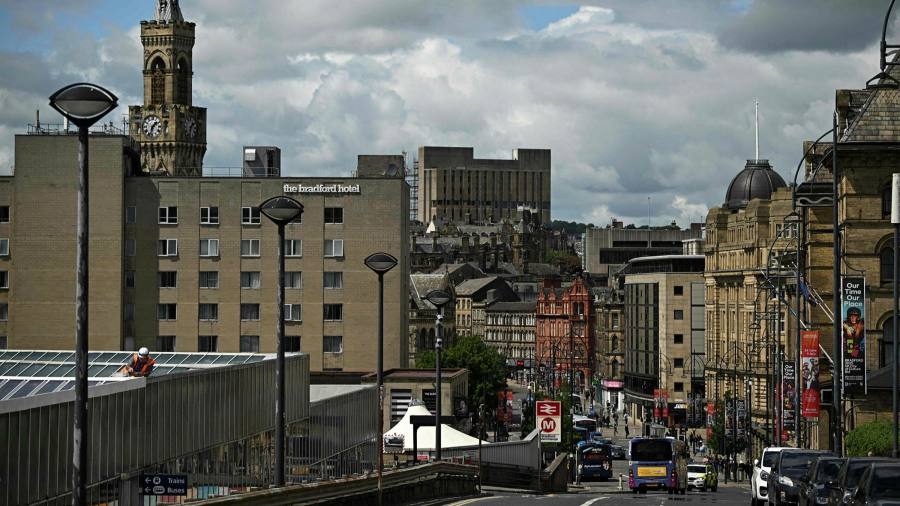 Bradford, in West Yorkshire, has been announced as the UK city of culture 2025, beating bids from three other shortlisted places.

Bradford saw off County Durham in the north-east of England; Wrexham in north Wales; and Southampton, on England’s south coast, to gain the title.

The shortlist had been whittled down from a longlist of 20 places originally announced in 2020.

Television presenter and artist Shanaz Gulzar, chair of the Bradford 2025 bid, declared the announcement a “fantastic result” that was “down to the ambition, belief and hard work of thousands of people across the district”.

“We are thrilled that Bradford district has been chosen as the next UK city of culture,” she added.

“This is a huge opportunity to celebrate our extraordinary cultural heritage and for our young, diverse population — who have been so involved in shaping our bid — to become leaders and change makers and begin a new chapter in our story. Bradford has been overlooked and underestimated for so long — it’s now our time to shine.”

City of culture is seen as a coup for places that win the title because of the significant level of extra investment, publicity and jobs it can potentially produce over the course of 12 months and beyond.

During its time as city of culture, current title-holder Coventry has staged more than 700 events and established “the UK’s first permanent immersive digital art gallery” as part of its programme.

Bradford hopes the title will bring £700mn of investment into the city and surrounding areas, along with 300,000 jobs and more than 1,000 performances and events, including hundreds of new artist commissions.

The youngest city in the UK, its three-year-long bid — supported by Bradford university and a range of private sector partners, including the supermarket chain Morrisons — had focused on the economic impact that a win would have, while celebrating its multiculturalism and existing reputation for TV and cinema, as Unesco’s first city of film.

Its city of culture status is expected to attract more than a million extra visitors.

West Yorkshire mayor Tracy Brabin said: “I am absolutely delighted that the Bradford district will be the UK’s city of culture in 2025.

“No city deserves this more. The entire year will be a fitting showcase for the incredible cultural and artistic talent in this amazing city.

The city of culture judging process has also helped us to highlight the breadth of talent and the vibrant cultural offer throughout West Yorkshire.

“There’s no doubt we have some of the finest creative and cultural talent, events, festivals, and destinations anywhere in the UK.”