Brexiters rejoice! Truss is betting everything on your ideas 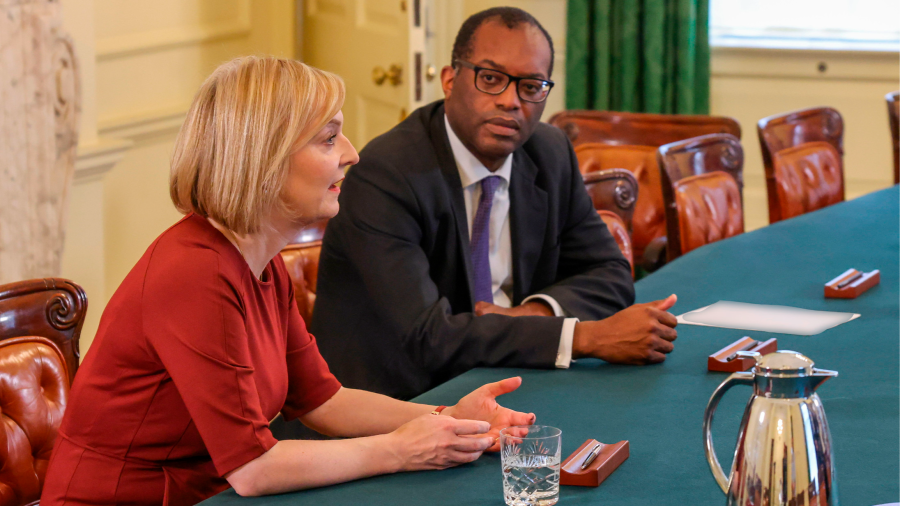 Finally, the Brexit that economic liberals wanted. While most supporters of leaving the EU were motivated by issues of sovereignty and immigration, a cadre of free-market Tories saw it as the gateway to the fabled Singapore-on-Thames.

A lean, deregulated, low-tax state was the only logical economic strategy for a nation putting up barriers with its largest trading market. We are about to see how far down that river this vision takes us.

There are three huge caveats to this approach. The first is that the UK is hardly in an ideal position from which to launch this experiment. Inflation may be more deeply rooted than ministers hope and investor confidence is seriously shaky to be opening such a large current account deficit.

The initial response of currency and gilt markets to today’s announcements cannot have encouraged the chancellor. It was no accident that he moved to stress his continued commitment to Bank of England independence. Loose talk on this has already spooked markets.

Finally, the last part of the strategy is still to come. For while this pretty-maxi mini-budget (the biggest tax-cutting event since 1972, according to the IFS) is intended as an investment in growth, it is more certainly a down payment on spending cuts, though not before an election. Given the priority of the NHS, however, other areas (schools, local government) will probably see budgets which need to rise being frozen.

For allies, this is audacious; for opponents it is reckless. What is beyond dispute is that it is a major gamble on an ideological programme and one in which prime minister Liz Truss and Kwasi Kwarteng have long believed. Many of the measures unveiled by the chancellor could be defended in better times. What is hard to square is the huge increase in public borrowing entailed in the current climate.

This is an enormous gamble with the public finances. The tax cuts will cost £45bn by 2026/7. An extra £72bn in debt is planned for this financial year alone. The rise in gilts will be especially uncomfortable given the relatively high stock of index-linked debt, while a falling pound will further fuel inflation.

It is also a stunning repudiation of the economic (and indeed political) strategy of the last two Tory premiers, in whose cabinets Truss served. But it goes further. For this shocking dismissal of the central importance of sound public finances is a rejection of the core Conservative view, which has held since Margaret Thatcher, that you cannot govern on the never never.

Most measures were well-trailed: the reversal of the planned corporation tax increases, the cancelled National Insurance rise to fund health and social care. On top of this were some surprises: scrapping the 45p top rate of income tax and bringing forward a mooted basic rate cut to early next year.

No concession was made to fears about public finances. Even alcohol excise duties were frozen. All taxpayers will gain but the real winners are the wealthiest. The political calculation is that most voters will put up with the rich getting richer if they see their own situation improve. But even with the energy handouts and the tax cuts, household incomes are still severely squeezed. After this budget, few will feel better off.

The belief in supply-side economics to raise productivity is well-founded but there were a lot of gaps in that strategy — the value of the new investment zones to national, as opposed to regional, GDP is questionable. Streamlining planning laws and more Brexit deregulation is heralded; details to follow. The main growth bet is on the hunch that tax cuts create better mood music around the economy.

The politics of all this is clear. With luck, this strategy could carry Truss through the election. One Truss ally described it as “go big or go home”. This is the economic Brexit that so many leading Tories and commentators demanded. Whatever else is true, they will not be able to go into the next election saying the policy was never properly tried. It is, however, important to remember that most of those who backed Brexit did not do so out of a philosophical desire to slash the size of the state.

This economic strategy is unproven. More important, it’s a bet on the goodwill of the markets — never a good place for a government to be. All the cunning political theorems and pamphleteer zeal will count for nothing if that faith evaporates.