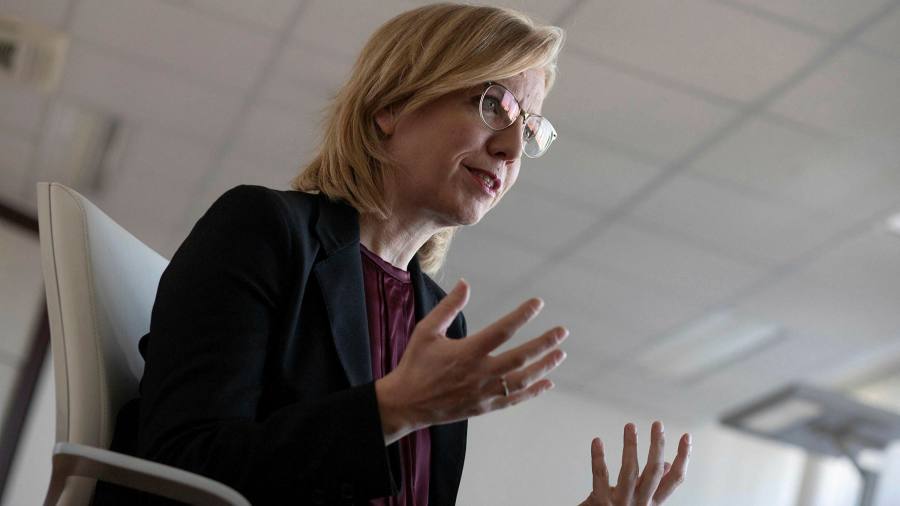 Brussels is facing the threat of legal action and the potential sidelining of its landmark sustainable finance rules by EU governments that do not want nuclear power or natural gas to be labelled as green investments.

Energy ministers from Austria and Luxembourg told the Financial Times that they would pursue a lawsuit against the European Commission over its so-called green “taxonomy” rules, while a Spanish deputy prime minister said Madrid could opt to use its own green framework, excluding nuclear power and natural gas.

The complaints heap pressure on the European Commission, which has proposed that nuclear technology and some forms of natural gas be designated as sustainable investments under sweeping rules designed to help stamp out greenwashing in the finance industry.

The anti-nuclear governments of Austria and Luxembourg have begun preparations for a lawsuit against the Commission if the rules are approved in their current form. They argue that nuclear power, which has no carbon footprint but produces toxic waste with radiation risks, violates the EU’s “do no significant harm” to the environment principle.

“There’s a solid and a strong argument to go to the European Court of Justice if the Commission decides to proceed and the taxonomy comes into force,” Leonore Gewessler, Austria’s green energy minister, said. “We need to make sure that financial markets stay true to the alternatives of renewable energy.”

Critics of the taxonomy are seeking legal routes to challenge the text as it is almost certain to be approved by an alliance of pro-gas and pro-nuclear EU governments in coming months. The draft can only be overturned if it is rejected by a supermajority of both member states and members of the European parliament.

The taxonomy regulation categorises industries that generate about 80 per cent of the EU’s greenhouse gas emissions, in an attempt to help investors channel capital into sustainable economic activity. The labelling system would then be applied to financial products and green bonds, and guide EU government spending towards the climate transition.

But the exercise, which began three years ago, has become bogged down in the sensitive politics of energy sovereignty, as pro-gas countries in eastern Europe and pro-nuclear states like France have demanded that the rules should not penalise energy sources that provide the bulk of their electricity needs and are crucial in the transition to net zero emissions.

Germany’s coalition government is split on the taxonomy between the anti-nuclear Greens and more pro-gas coalition partners, the Free Democrats. On Saturday, Germany’s green economy minister Robert Habeck and environment minister Steffi Lemke said if the draft remained unchanged, the German government should reject it.

Teresa Ribera, Spain’s deputy prime minister for the environment, said that the categorisation of nuclear and gas was an “error” that did not prepare the EU for net zero carbon emissions by 2050. She warned that Madrid may choose to apply its own standard when issuing green bonds rather than using the EU taxonomy as the basis for its debt issuance.

“If it is better suited to our own needs and priorities, we will apply our own standard,” said Ribera. “So there could be different standards: a silver standard at the EU level and a gold standard, at the level of some member states.”

Claude Turmes, Luxembourg’s energy minister, who will join the lawsuit with Austria, also said that there was a risk that, rather than providing a common standard for sustainable finance, the taxonomy would “lead to more fracturing as countries will go their own way”.

The legal uncertainty risks hindering the taxonomy’s widespread adoption among investors who want to align their portfolios with net zero emissions goals. The Institutional Investors Group on Climate Change, whose members have €50tn of assets under management, has warned that the inclusion of gas would create an “unnecessary headache” for investors with green ambitions.

An independent group of advisers which helped the European Commission design the rules has also demanded sweeping changes, including that gas only qualify for the green label if it produces less than 100g of CO2 per kilowatt/hour when replacing higher polluting sources like coal.

Marta Toporek, lawyer at environmental charity ClientEarth, said the current taxonomy “clashes with a number of EU laws, including the EU’s obligations under the Paris Agreement, the European Climate Law and the Taxonomy Regulation itself”.