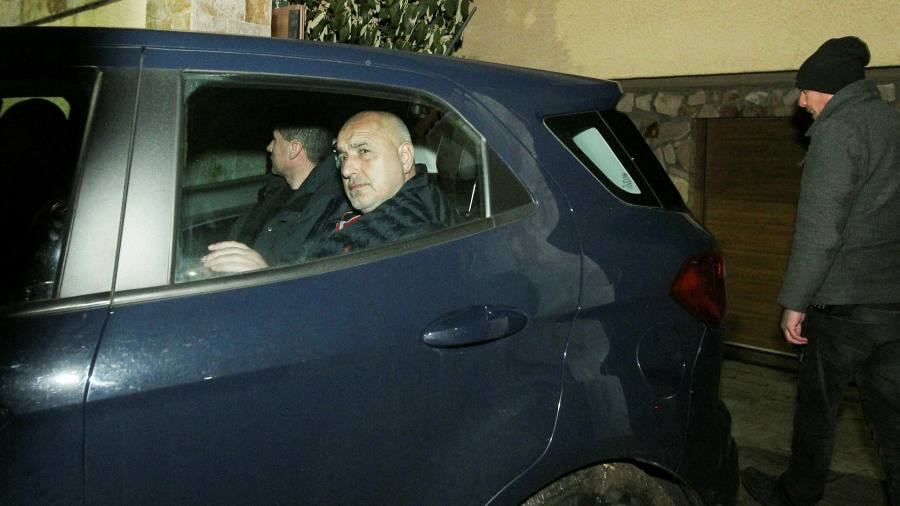 Bulgarian police have detained former prime minister Boyko Borisov in connection with an investigation by the European Public Prosecutor’s Office, according to the country’s interior ministry.

The ministry said a “large-scale operation” linked to 120 cases was under way with “searches and seizures carried out at many addresses”, but it did not elaborate on the allegations against Borisov.

A former bodyguard to communist dictator Todor Zhivkov, Borisov was ousted in an election last April after popular protests against corruption during his 12-year rule. He has denied any wrongdoing.

He was detained on Thursday together with other members of his opposition centre-right Gerb party, including an ex-finance minister, a former head of the parliamentary budgetary commission and a former government information service chief.

“Nobody is above the law,” prime minister Kiril Petkov wrote in a Facebook post on Thursday night.

Petkov was elected in November after two inconclusive elections last year. In a country where politics has long been tainted by graft allegations, his centrist We Continue the Change party’s promise of “zero corruption” won widespread voter support.

There was no comment from the EU Public Prosecutor’s Office in the aftermath of Borisov’s arrest, but earlier this week it said in a statement: “If there is no detection of fraud, there can be no investigations. Thanks to Bulgarian prime minister Kiril Petkov for his determination, leadership and compelling vision on the fight against corruption.”

In a video appearance on Friday, Petkov said: “We will see in the coming days where the Bulgarian prosecutor’s office is and whether it will finally side with the Bulgarian people”. He added: “No one should be afraid of the truth. Only the Untouchables [a nickname for Borisov and his associates] have anything to fear. Bulgaria can really change.”

His comments reflect the view that the prosecutor’s office has been reluctant to investigate the activities of Borisov and the Gerb party.

Borisov’s arrest was at the request of Bulgaria’s interior ministry. His lawyer told reporters that the police’s search of the former PM’s home in the outskirts of Sofia had been carried out with court permission. “All I have seen was the search warrant and the order for his 24-hour detention,” Menko Menkov said, adding that no items had been taken during the search. He said he did not understand what Borisov was accused of.

Borisov first came to power in 2009 after a landslide election victory and ruled with brief intermissions until last year. In 2020, simmering anger about corruption boiled over after photos surfaced that appeared to show a pistol and wads of €500 notes on the prime minister’s nightstand. Borisov said the photos were doctored, but the anti-government protests lasted several months.

His Gerb party remained popular with some voters, however, as he spent heavily on infrastructure projects in what is still one of the EU’s poorest countries.

Borisov’s arrest sparked an outcry among his supporters, who gathered outside his house and later at the police headquarters where he was taken. Gerb politician and former health minister Kostadin Angelov called for protests against the arrest on Friday.

“Behind us is one of Bulgaria’s modern concentration camps, set up by [the interior minister] to imprison politicians they take issue with,” Angelov told a small protest on Thursday, adding that he wanted “a peaceful protest, not a riot”.