Crickonomics by Stefan Szymanski and Tim Wigmore — stumped by the data 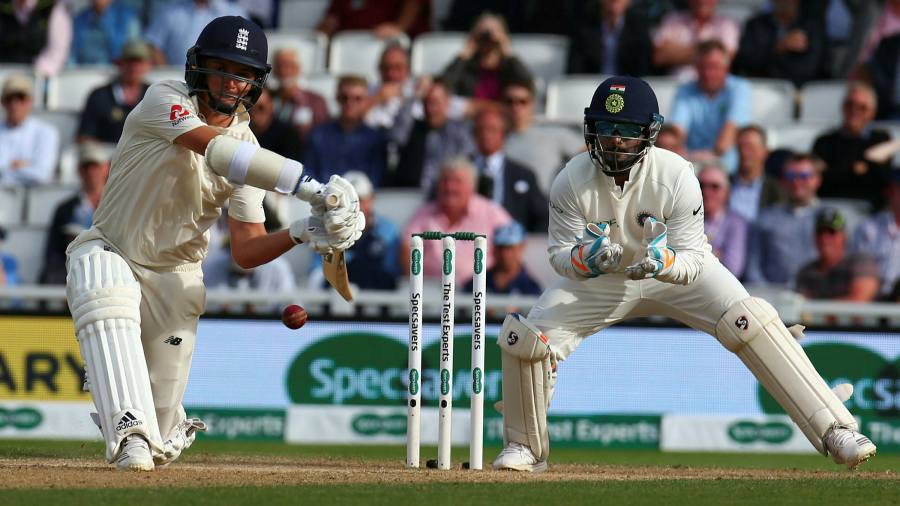 The thing about data is that they have no regard for feelings — even the feelings of book reviewers. One chapter in Crickonomics by the sports economist Stefan Szymanski and the cricket journalist Tim Wigmore poses an interesting question: “Did the cold [weather] cost India a Test series victory in England?”

What an interesting approach, I initially thought. Then I saw that the particular summer under review was 2018, the year an audacious England team won a sparkling series 4-1 against top ranked India, with 20-year-old Sam Curran ending up as man of the series. I remember that series well, as it was my first summer as national selector.

Wigmore and Szymanski, however, show how away teams perform progressively worse as the difference from their own home conditions increases. The more alien the weather, the harder it is to win. So England, they suggest, were dealt a big slice of luck when the weather suddenly turned unseasonably cold in August 2018 — especially at Lord’s during the second Test, when India were bowled out for 107 in a glorious innings win. Humph. Come on guys, can’t we agree not to unweave the rainbow just a little bit?

It’s the kind of gently unsentimental analysis that informs the whole book. Crickonomics uses the state of cricket today as a tool to explore much wider debates, ranging from social mobility to gender equality. Australian cricket, for example, might like to present itself as an egalitarian rival to overprivileged Poms. But Crickonomics shows that private schools have contributed 31.4 per cent of Australia’s Ashes players since 1945, almost identical to England’s 32.9 per cent. The book also unpicks why educational advantage is more marked for batters (who benefit from flat pitches and intensive coaching) than for fast bowlers (where physiology counts for more, and practising alone is less limiting).

The book is especially strong on how cricket insiders misread the players who contribute most to wins. The authors explain that match-winning bowlers are underpaid at the Indian Premier League (the sport’s most lucrative tournament), while competent but unexceptional batsmen are overpaid. Being at the centre of attention on television is easily misinterpreted as adding value to the team. This excellent strand of the book, examining how the current inefficiencies of the shortened T20 game — the disconnect between price and value — are ripe for a genuinely data-informed recruitment strategy, could have been expanded.

Overall, Crickonomics is a little less about cold numbers than the title suggests. While its authors are both data-savvy, they are also intellectually sceptical and happy to leave questions open-ended. In fact the subtitle, The Anatomy of Modern Cricket, is probably more apt: the authors have a feel for the game’s pulse as well as its averages.

The book is a companion piece to Szymanski’s 2009 collaboration Soccernomics. That book, co-written with FT columnist Simon Kuper, showed two forms of globalisation coming together: first, the market for talent (player transfers), and, secondly, the convergence of footballing tactics. European football benefited from both. Europe’s clubs bought the world’s best players, accelerating a pan-European interpretation of the fast-passing game that had begun in Holland and been radicalised in Spain. Europe became the world’s leading football network, with performances at World Cups underlining the shift in power.

Has cricket experienced something similar, as the Indian Premier League (IPL) has become cricket’s dominant financial and political nexus?

In cricket, the relationship between globalisation and tactical evolution is a little less clear. Australia and New Zealand, despite their relatively small populations, have remained very significant in shaping the game at the sharp end of high performance. Five of the 10 IPL teams currently employ an Australian or New Zealander as their head coach or director of cricket. England, too, have just turned to former New Zealand captain Brendon McCullum as their new head coach.

And while Crickonomics uses “network effects” — the cumulative advantages derived from concentrations of talent and knowledge — to explain the rise of Asian cricket, the opposite argument could also be made. India, though now ever-present near the top of the international table, could still be described as an underachiever, given its massive size and wealth. Indian hegemony might be coming, but it hasn’t arrived yet.

If competitive balance at elite level does fail in future years — and international cricket becomes so predictable that it loses value — it will be interesting to see how cricket responds. While football has long had a functioning club economy, cricket has traditionally relied on international rivalries. But few international cricket teams can anticipate a bright (or solvent) future. Club structures are weak, and the international system is faltering. The sport’s overall health, as this anatomy reveals, has never been more vulnerable.

To make cricket a game for everyone, administrators will have to think carefully and imaginatively, not just about the sport’s finances, but also its body politic — indeed its soul. This book will help.

Ed Smith was national selector for England men’s cricket from 2018 to 2021. His book ‘Making Decisions’ is published by William Collins in September