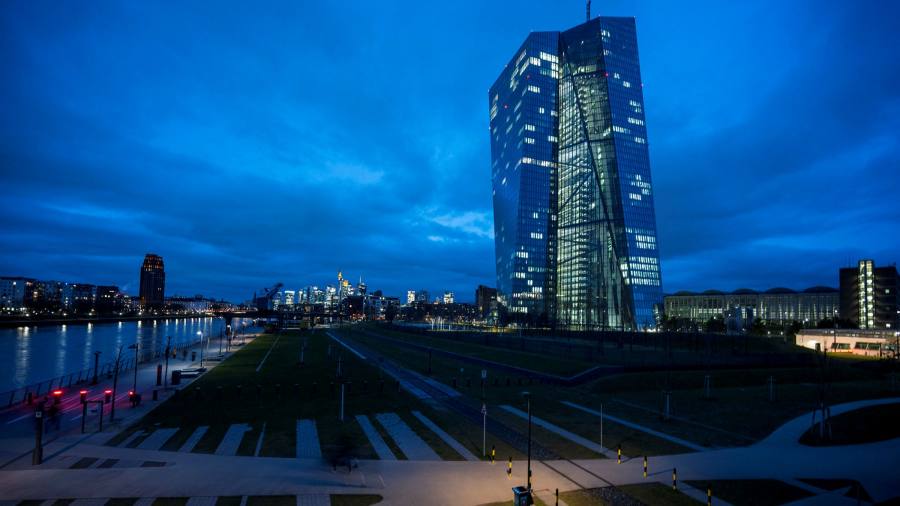 Eurozone inflation rose faster than expected in the year to May, setting a new record for the single currency bloc of 8.1 per cent and piling pressure on the European Central Bank to speed up the withdrawal of its ultra-loose monetary policy.

The surge in eurozone price growth, from 7.4 per cent the previous month, was much higher than forecast by economists, who had expected 7.7 per cent according to a Reuters poll.

The increase was mainly driven by an acceleration in energy prices, which increased 39.2 per cent in May, while the price of food, alcohol and tobacco also grew at a faster rate of 7.5 per cent, according to data released by Eurostat on Tuesday.

The core number, which excludes more volatile energy and food prices, rose above expectations to 3.8 per cent, up from 3.5 per cent in April. Services prices rose 3.5 per cent and industrial goods prices were up 4.2 per cent.

Inflation has been pushed higher by the fallout from Russia’s invasion of Ukraine, which has sent energy and commodity prices surging upward and added to global supply chain disruption, while the lifting of Covid-19 restrictions has boosted demand across Europe.

ECB policymakers will meet in Amsterdam next week and are expected to agree that the rise in inflation to almost quadruple its target of 2 per cent requires them to start raising interest rates, which have been stuck in negative territory since 2014, but there are divisions over the pace of the move.

Some of the more hawkish members of the ECB’s governing council have called for it to follow the lead of the US Federal Reserve by raising rates at a more aggressive pace of half a percentage point in July. But others such as president Christine Lagarde have urged it to move “gradually” by raising rates a quarter percentage point in July and September.

The surge in inflation, which hit a record high in Germany of 8.7 per cent, as well as rising in France, Spain and Italy, has prompted politicians to announce measures to offset the impact on households and businesses and increased the pressure on the ECB to take action.

The fastest rate of inflation in the 19-member eurozone was 20.1 per cent in Estonia, while the slowest was 5.6 per cent in Malta.