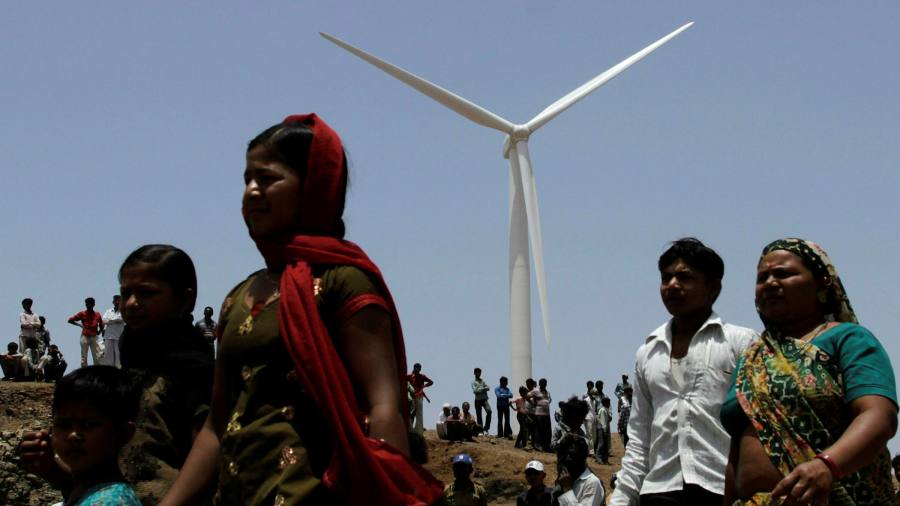 High taxes on battery imports in India are pushing up the price of installing storage vital to achieving the country’s COP26 climate change goals, said the chair of ReNew Power, one of the country’s largest renewable power companies.

Prime Minister Narendra Modi’s government has pledged to meet 50 per cent of India’s energy needs from non-fossil fuel sources by 2030. But wind and solar need battery storage, devices that enable renewable energy to be saved and released when needed. Combined customs and imports on battery storage systems stand at about 40 per cent.

“The one thing that they [the government] can do in the budget is they can bring down the customs duties on battery imports,” said Sumant Sinha, chair and managing director of ReNew Power, which listed on the Nasdaq last year. India’s budget will be presented on Tuesday.

It will take “at least four or five years for domestic batteries to start getting manufactured,” estimated Sinha. “Until then, if they bring down the customs duties it will just allow battery installations to become a lot cheaper.”

ReNew Power announced a partnership in January to install battery storage in India with Fluence, an energy storage company. Its first project will be 150MW of storage in Karnataka state.

India currently charges at least 38 per cent in combined customs and taxes to import battery packs, in levies designed to protect and incentivise local manufacturing.

“That 38 per cent tax is prohibitively high, killing an industry that hasn’t yet been launched,” said Tim Buckley, from the Institute for Energy Economics and Financial Analysis in Australia.

India does not yet rely enough on renewable energy for the lack of battery storage to be a serious problem, Buckley said. “But within one to two years you’re going to have serious risk of blackouts if you don’t prepare.”

New Delhi has said it is a priority to create a domestic battery manufacturing industry. In January, it launched a scheme worth Rs181bn ($2.4bn) in production-linked incentives to lure big businesses to set up shop.

Video: Space-based solar power ‘could be deployed in 10 years’

The scheme for 50GWh of battery manufacturing attracted bids from Reliance Industries, Hyundai, ride-hailing company Ola, and seven others.

Reliance will use Faradion’s sodium ion battery technology in the energy storage “giga factory” it is expected to build in Gujarat state.

State governments are trying to woo foreign companies, including Tesla, in the hope that they will set up battery manufacturing facilities for electric vehicles and energy storage.

“Still working through a lot of challenges with the government,” Tesla’s chief Elon Musk wrote on Twitter in January, prompting a series of states to offer partnerships with the electric vehicle maker.