How will new help measures for UK energy bills work? 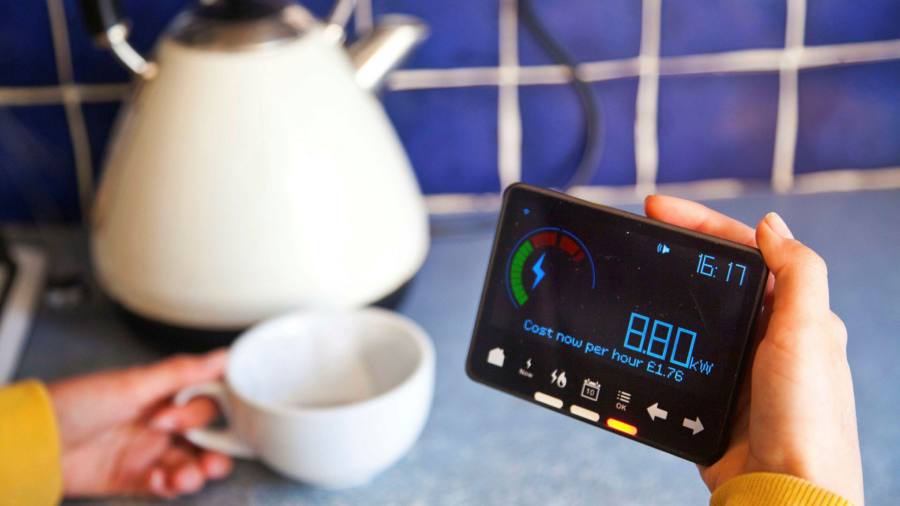 Rishi Sunak, the UK chancellor, has bowed to pressure and announced a £15bn package of measures to help households struggling with energy bills, funded by a windfall tax on oil and gas producers.

More help will be directed to those on the lowest incomes, but the government has also looked to help the “squeezed middle”, with a range of universal and targeted measures. FT Money offers a guide to what assistance is available.

What new help has been announced this week?

All UK households with an electricity meter will receive a one-off grant of £400, which will be automatically applied to bills from October and does not need to be repaid.

This replaces previous plans for a £200 “heat now, pay later” scheme that would have been clawed back over five years.

More than 8mn households on means-tested benefits (including universal credit, tax credits and pension credit) will additionally be eligible for a one-off £650 “cost of living payment” to be paid in two stages: the first in July and the second this autumn.

The Department for Work and Pensions and HM Revenue & Customs will make these payments directly. The money is tax-free, will not count towards the benefit cap and will not have any impact on existing benefit awards.

More than 8mn pensioner households that receive the winter fuel payment will additionally receive a one-off £300 “pensioner cost of living payment” this winter that will be paid directly to them.

This will be per household, not per pensioner, and will be paid on top of any help they are already entitled to, such as pension credit or disability benefits. It is not taxable and does not affect eligibility for other benefits.

In his speech, the chancellor recognised that not all households that were entitled to claim pension credit were doing so. If you are unsure of your entitlement, use the government’s checking tool gov.uk/pension-credit/eligibility.

What about those with disabilities?

A separate £150 “disability cost of living payment” will be made in September to people who already receive benefits, including disability living allowance, the personal independence payment and attendance allowance.

The government said this was to reflect additional costs, such as powering specialist equipment and increased transport costs.

Some disabled people will also be entitled to the main £650 cost of living payment — but only if they are on means-tested benefits, which has prompted criticism from campaigners.

“The Tories have now given disabled people a one-off £150 payment for the cost of living crisis — having removed many disabled people’s annual £150 Warm Home Discount,” Dr Frances Ryan, the author and disability rights campaigner, said on Twitter. “You’ve almost got to respect the nerve.”

When will the £150 council tax rebate be paid?

In England, all properties in council tax bands A-D are entitled to a £150 rebate on top of the measures announced today. Many local authorities have already made this in the form of a reversed £150 direct debit, but households that do not pay by direct debit will have to apply to their local council to receive it.

Households that do not qualify for this and other benefits can additionally apply for a share of their local authority’s Household Support Fund for help with the rising cost of food, energy and water bills. On Thursday, the chancellor announced a further £500mn of funding.

I don’t need this money. Can I opt out?

It is not possible to opt out of the winter fuel payment, pensioner cost of living payment or £400 grant applied to energy bills — but you could donate it to charity. The #donatetherebate campaign on social media shows that many people are donating to fuel poverty charities such as Fuel Bank Foundation and National Energy Action, as well as local food banks — and eligible taxpayers can boost the value of their donation by adding Gift Aid.