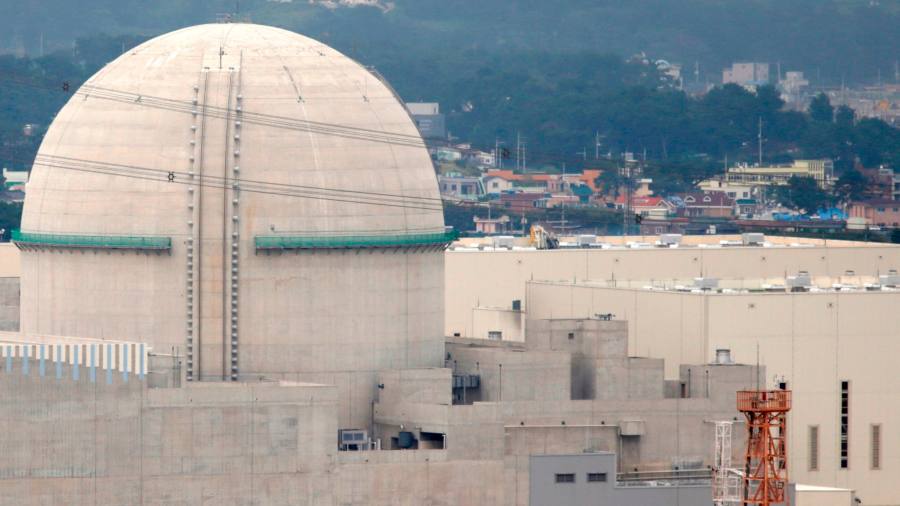 The vote followed a warning from the company that Korea faced a “national economic crisis with electricity supply being disrupted and the electricity market paralysed” unless it was allowed to borrow more.

Last year, Kepco made a projected loss of Won30tn ($24bn) and issued $17bn in bonds as it wrestled with the turmoil in global energy markets. Two days after the national assembly raised its debt ceiling, Kepco announced the country’s largest quarterly energy price increase in more than 40 years.

Bond traders and analysts remain confident that the Korean government, which owns a majority stake in Kepco, will never allow the floundering energy provider to go to the wall. But although the immediate pressure has been alleviated, Kepco’s recent travails have exposed several of the Korean model’s vulnerabilities.

One issue is the extent to which South Korea has, through Kepco, used cheap industrial tariffs to subsidise its industry’s competitiveness. Korean companies pay less for electricity than their Chinese counterparts, despite South Korea’s gross national income per capita being more than three times higher than China’s. Through its majority stake in Kepco, the Korean government can surreptitiously support its own companies while also keeping any losses off its own balance sheet.

Kepco’s debt problems call the sustainability of that model into question. Unless prices are raised much further Kepco’s debts are likely to mount. By crowding out other borrowers, the scale of Kepco’s bond issuance has already contributed to an autumn liquidity crunch that triggered government and central bank interventions in October last year. But if prices are raised substantially, this could not only feed inflation but also weaken the country’s prized export competitiveness.

Another vulnerability is illustrated by Kepco’s poor record on executing its green transition — both a symptom and a cause of South Korea’s flat-footedness on renewables. In 2020, the country had the second-lowest share of renewable energy in the G20, just above Saudi Arabia, according to a review by energy think-tank Ember.

Kepco investor presentations show that in 2021 coal accounted for 43 per cent of the company’s power generation assets in 2021, followed by 38 per cent from nuclear, 15 per cent from liquefied natural gas and just 3 per cent from hydroelectric and renewables.

“[Kepco has] been doubling down on fossil fuels even while the evidence was clear that high and volatile coal and LNG prices largely determined its operating margins,” said Christina Ng, of the Institute of Energy Economics and Financial Analysis. “[Its] inaction led to recurring operational losses for most of the last decade and a steady increase in debt despite the company already being overleveraged.”

Joojin Kim, managing director of Solutions For Our Climate, a Seoul-based advocacy organisation, notes that the company procures 69.4 per cent of its power from six Kepco-owned generation companies, or gencos. These account for 100 per cent of the energy South Korea receives from nuclear, 90 per cent it receives from coal, just over 40 per cent from gas and just under 10 per cent from renewables.

This means that more than 90 per cent of the energy South Korea gets from renewables is provided by gencos not owned by Kepco. “For Kepco, paying for renewables is cash going out the door, because it is going to private gencos rather than staying within the Kepco system,” said Joojin Kim. He argues that Kepco’s imposition of punitive charges on generation companies it does not own is pricing renewables out of the market.

This has had knock-on effects for companies such as Samsung Electronics, which is under pressure from investors and customers like Apple to decarbonise its supply chains.

Samsung, which committed last year to achieving 100 per cent renewable electricity in its worldwide operations, is being hamstrung by a shortage of competitively priced renewables at home. But observers note that if Korea’s leading conglomerates do manage to switch to renewables providers from outside the Kepco system, the resulting loss of custom would deal another hefty blow to the energy monopoly’s viability.